After releasing and pulling a beta version of the highly awaited Batman Arkham Knight performance patch, Warner Bros finally distributed it on Steam. 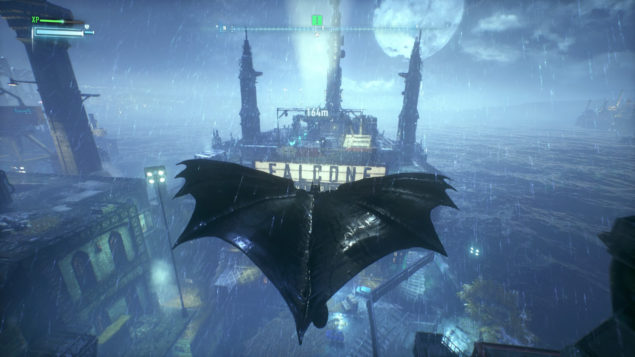 Here's what they had to say while they announced the patch:

Good news - testing for the interim patch has been completed and it is now available for those who already have Batman: Arkham Knight for PC. As a reminder, below are some of the major fixes and improvements that will be addressed with this patch:

As always, we will monitor for any additional issues that come up and will provide further optimizations and bug fixes along the way.

We would like to thank everyone for their patience and invaluable feedback. We’ll provide ongoing updates here as they are made available. In the meantime, please enjoy the game with the latest patch.

Batman Arkham Knight, praised on consoles in all of its aspects, had a nightmarish launch on PC. Plagued by frame rate issues and even deprived of some graphical effects available on PlayStation 4 and Xbox One, it received so many complaints and negative reviews from both critics and customers that Warner Bros was forced to pull the game from Steam entirely.

Iron Galaxy took care of the original port, but eventually main developer Rocksteady and even NVIDIA (who partnered with Warner Bros. since the very first Batman Arkham title) had to contribute as well in order to fix the existing problems.

To this day, Batman Arkham Knight still can't be purchased by Steam; it is likely that Warner Bros. is waiting to hear some feedback before making it available once again on Valve's digital store.

If you own the game already on PC, let us know in the comments if the patch fixed most of your issues.