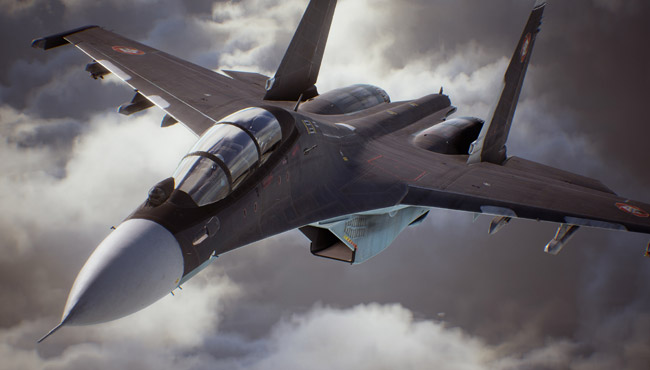 Bandai Namco debuted two new game trailers for Ace Combat 7 and Ni no Kuni II: Revenant Kingdom at the PlayStation Experience 2016. The publisher also confirmed that both titles are heading to Sony's PlayStation 4 next year.

Ace Combat 7 is the next installment in the flight combat simulation series. Powered by Unreal Engine 4 and developed by Project Aces, it also has exclusive features developed specifically for PlayStation VR. Here's an excerpt from Bandai Namco's fresh press release:

ACE COMBAT 7 offers photorealistic visuals, intense dog-fighting action, a multitude of authentic and futuristic aircrafts with an immersive storyline and support for PlayStation VR!  Leveraging the power of the newest generation gaming hardware, ACE COMBAT 7 will blow players away with the evolution of its graphics engine. Beautifully rendered cloud-filled skies and highly detailed cityscapes enhance the sense of unparalleled speed and set the stage for the most engaging aerial battles in the franchise’s storied 20 year history. ACE COMBAT 7 will provide an arsenal of ultra-modern super weapons and formidable enemies that the series is known for!

Ni no Kuni II: Revenant Kingdom is the JRPG follow-up to Ni No Kuni: Wrath of the White Witch. In this new game, once again developed by Japanese studio Level-5 (Dark Cloud, Inazuma Eleven, Professor Layton, White Knight Chronicles, Yo-kai Watch), King Evan Pettiwhisker Tildrum is usurped from his castle and sets out to reclaim his kingdom. He is aided in this task by Roland, a visitor from another world.

With the previous opus having received more than 150 awards with 1.9 million copies sold, Ni no Kuni II: REVENANT KINGDOM is ready to bewitch more people than ever before with an all-new cast of characters, an emotional storyline and innovative gameplay design that will delight and challenge all the players!

Not much else is known about the game but given the 2017 release date, it's fair to expect Bandai Namco to reveal a lot more at the next E3 and Gamescom.