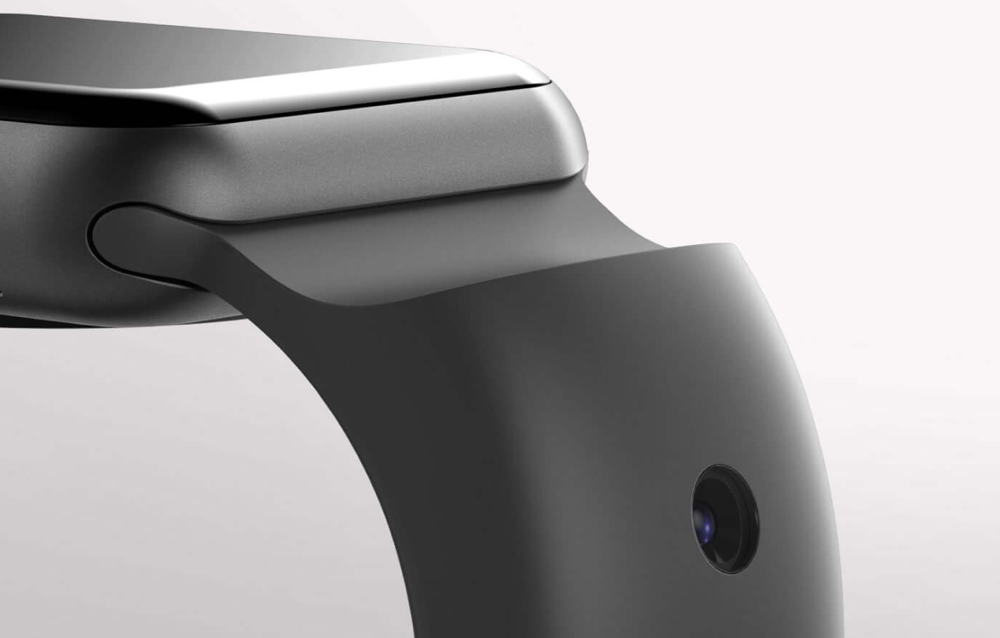 A new third-party band aims to fix a problem in the Apple Watch which Cupertino could have solved with Series 2 - add multiple cameras to the device.

It was rumored for a long time Apple would come through with a model of Apple Watch that will finally feature a FaceTime camera. Much to our surprise the rumor didn't bear fruit at all, and rather Apple rehashed the original model with beefy internals and called it a day. Thankfully though, third-party accessory manufacturers are keen on capitalizing on Apple's blank space by fixing the problem, with one company introducing the CMRA band for Apple Watch that adds a FaceTime camera to Apple's wearable. But that's not just it, it even adds a rear-facing camera to the package as well, allowing you to take photos of things around you. 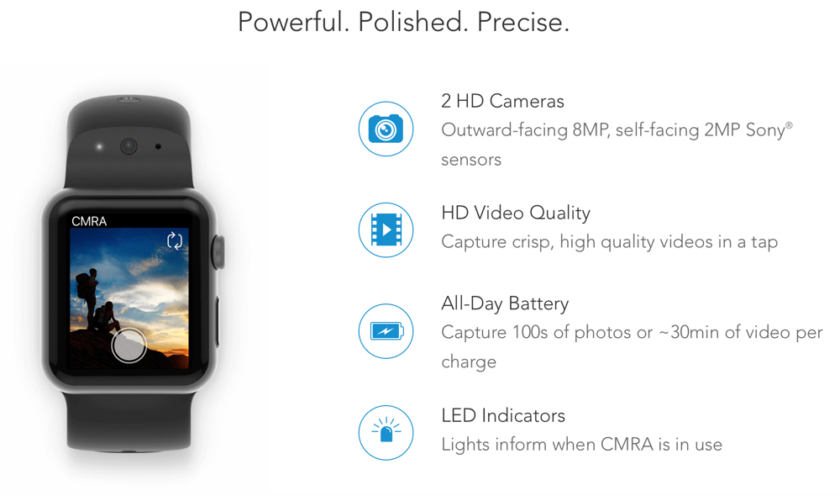 Currently in its development phase and not shipping before Spring time, the CMRA features a 2-megapixel FaceTime camera while the rear-facing camera features 8-megapixels of crispness. As you'd expect, you can use the rear camera while utilizing the Apple Watch's display as a viewfinder.

Apart from allowing you to take photos, the CMRA band lets you record video as well, ensuring you don't have to whip out your iPhone from your pocket in order to capture an important moment. The photos and videos you take are synced seamlessly to the iPhone. 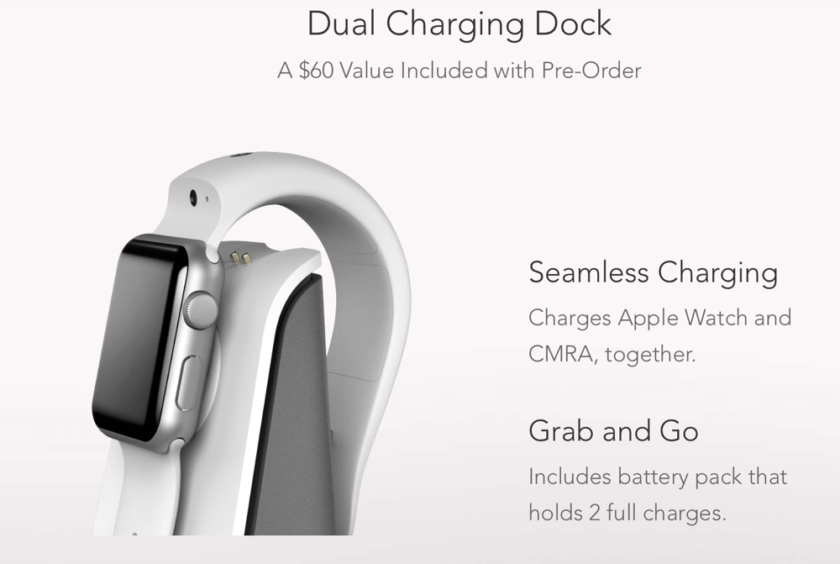 The CMRA band will ship with a charging dock of its own and is capable of powering up the Apple Watch as well. This means you don't have to worry about charging both devices separately as the dock manages to take care of everything in one go. But the charging story doesn't end there either - the dock features a built-in battery of its own, capable of charging the band as well as the Apple Watch at least twice.

The CMRA is somewhat pricey and pre-orders are live right now at $149. But once the band goes on sale for everyone, you can pick one up for $199, with price going as high as $249. As mentioned before, the band won't be available before Spring time so do not hold your breath for it just yet.

You can find more details on CMRA by going to: getcmra.com

There is absolutely nothing quite like the CMRA out there. But it remains to be seen if anyone else will one-up the company behind the accessory with something far more cheaper. Till that even happens, CMRA has managed to grab our attention pretty well.