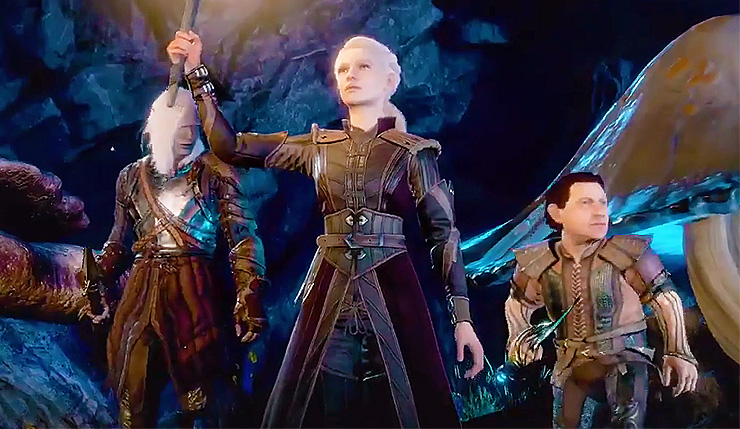 It’s been a few months since we saw any new footage of Baldur’s Gate 3, but it seems a fresh look at the epic RPG is coming soon. Today Larian Studios announced they’d be “dropping news” next week as part of the Guerrilla Collective digital games festival. To hype the upcoming news, Larian also dropped a new Baldur’s Gate teaser, which is packed with interesting moments. You can check it out, below.

We know you've all been waiting, so let's get ready to tell some stories together. Baldur's Gate 3 news will be dropping throughout the month of June, starting June 6 on the #GuerrillaCollective Showcase. What does it all mean? Let's find out. pic.twitter.com/ICoj4DHs8u

Definitely a lot to take in, in the span of 30 seconds! If I’m not mistaken, I think we might have just got a peek at the Underdark, the murky place where the drow and other shadowy things live. We also catch a glimpse of some new characters of different races, including what appears to be a goblin woman, a drow, and halfing. Hopefully these are all NPCs who will be able to join your party. I’m definitely looking forward to whatever Larian has to show next week!

For those unfamiliar with Guerrilla Collective, it’s an upcoming three-day digital event that will feature reveals from a number of mid-sized publishers, including Larian Studios, Coffee Stain Studios, Funcom, Good Shepherd, Humble Bundle, Paradox Interactive, Rebellion, Versus Evil, and more. You can check out the full list of participating publishers here. Guerrilla Collective runs from June 6 to June 8.

Baldur’s Gate III is coming to PC and Google Stadia. A release date has yet to be announced, but it’s expected to arrive sometime in 2020. What are you expecting to see from the game next week?