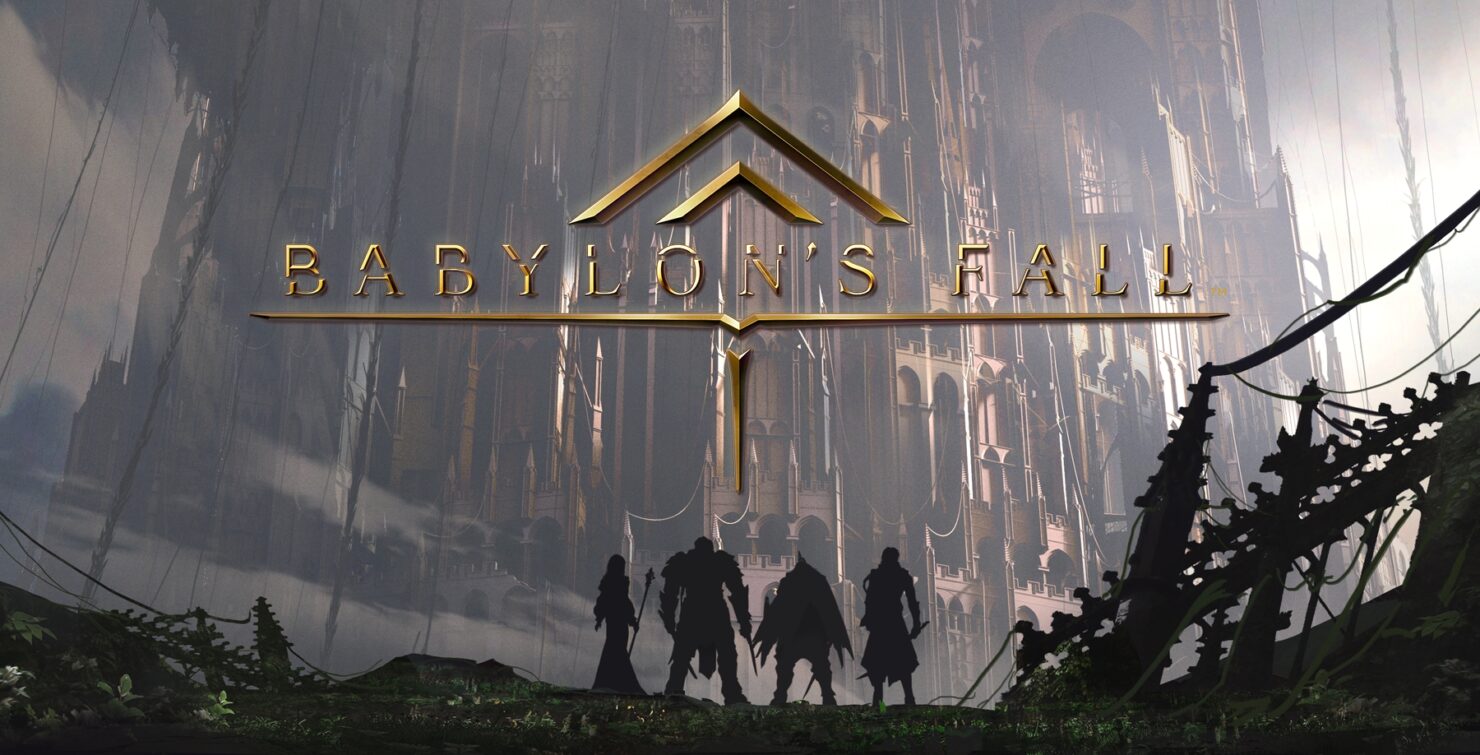 Over the years, Platinum Games proved that they know how to make excellent action games. However, the development studio also struggled with their smaller projects, which generally seem to lack direction and the same amount of polish as bigger games like Bayonetta, Metal Gear Rising: Revengeance, and NieR Automata, just to name a few.

Babylon's Fall, announced back in 2018, looked like the studio's next big project, but its three years-long disappearance did not inspire much confidence. The game finally reemerged this year, with publisher Square Enix confirming it will be an online co-op action game powered by RPG and loot mechanics, which, at the time of the Phase 3 Closed Beta, do not work particularly well. 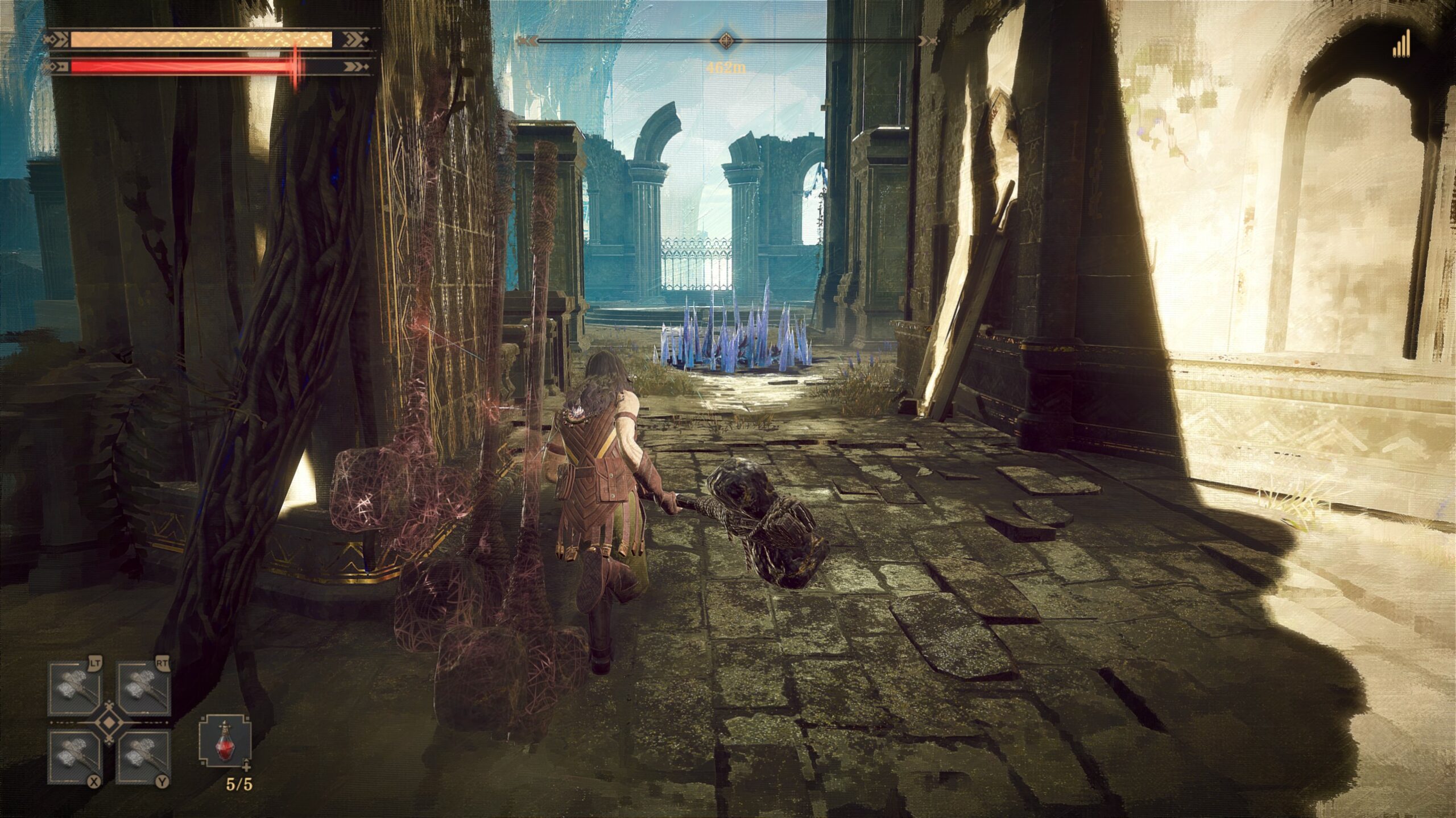 There isn't a whole lot that Babylon's Fall does differently than similar co-op games already on the market. After creating your character by choosing between different race and visual options, you are thrown into a hub city where it is possible to take on quests, purchase items, and so on. Some of the main hub's features were locked in the closed beta, so there wasn't much to do other than embark on quests.

Matchmaking seems to be working decently already. At the quest selection screen, it is possible to start a quest and wait for other people to join or join an already established party. If no other player is found, you will be playing the quest solo, with no option for other players to join the quest once it has begun - not really ideal for a cooperative game.

Quests are pretty straightforward in the current iteration of Babylon's Fall, as they basically involve reaching the end of a linear stage filled with some traps and contraptions and plenty of enemies. The level design does show some promise, as there are plenty of different gimmicks, and so does combat, although it needs a lot of work to become truly fun. 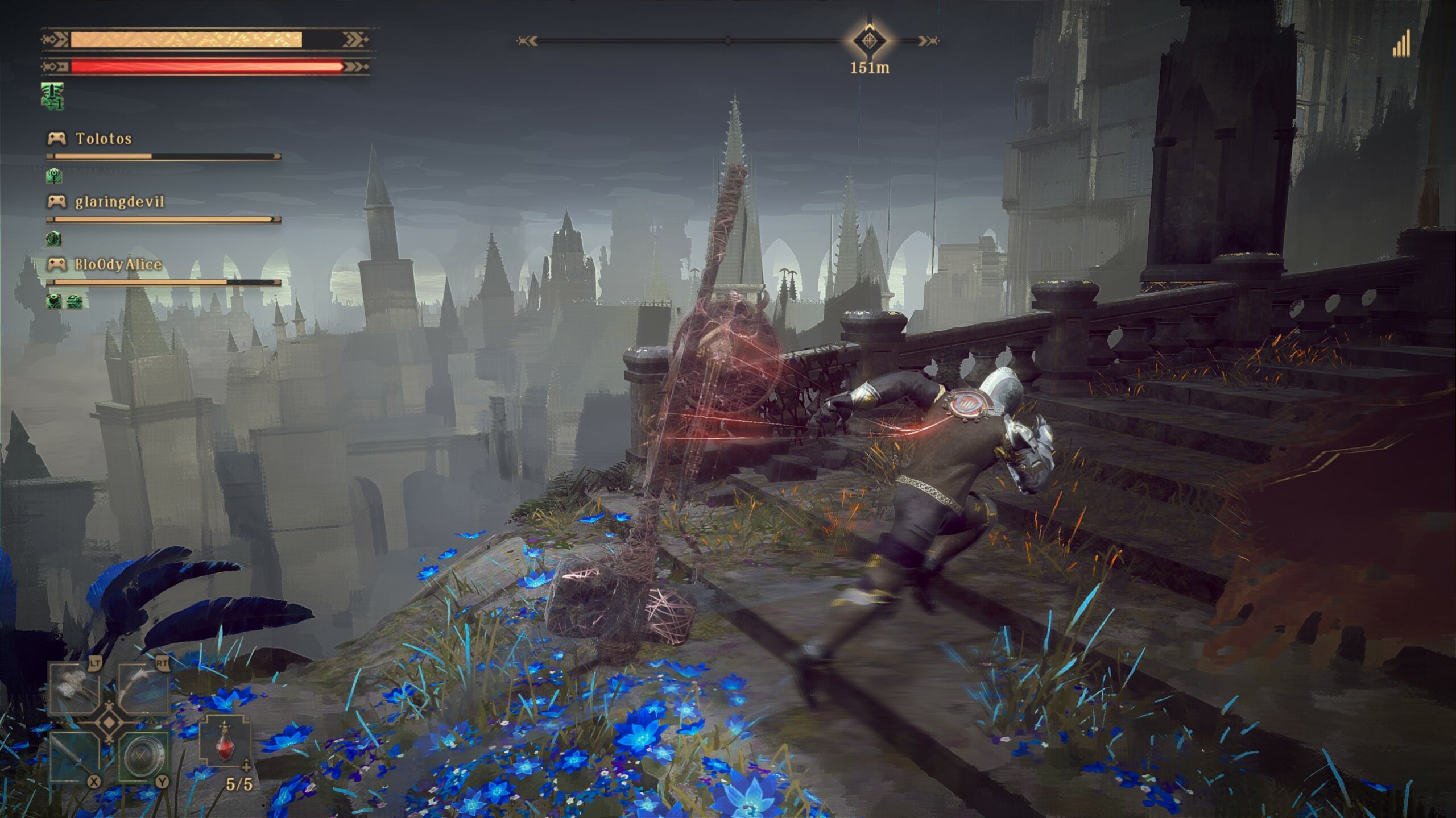 Babylon's Fall's combat is clearly inspired by NieR Automata's. Every character can equip four different weapons: two main ones assigned to the light and heavy attack buttons, and two to the Spectral Attack buttons, chargeable special attacks reminiscent of the Pod Programs that consume SP, which are restored by performing regular attacks. All attacks can be combined for some powerful combos that would look stylish if the enemies actually reacted to the attacks. In the closed beta, staggering enemies is not easy at all as only the finishing attacks in a combo string and the launcher attacks (performed by holding back and pressing an attack button) knock down the enemy briefly. Bafflingly, enemies launched in the air cannot be juggled in any way, which really disappointed me, considering this is a Platinum Games' developed title.

The fact that enemies hardly react to the players' attacks, combined with their way too high health point bars, makes combat a slog even with some signs of brilliance here and there, such as the Platinum Games' signature perfect dodges, the ability to parry with shields equipped, and the combat performance evaluation at the end of each combat encounter. To be fair, it's clear that there is more to Babylon's Fall combat than what was available in the closed beta, as the hint screen mentions different attack modes that change each weapon's moveset, so combat will surely feel different when that becomes available. 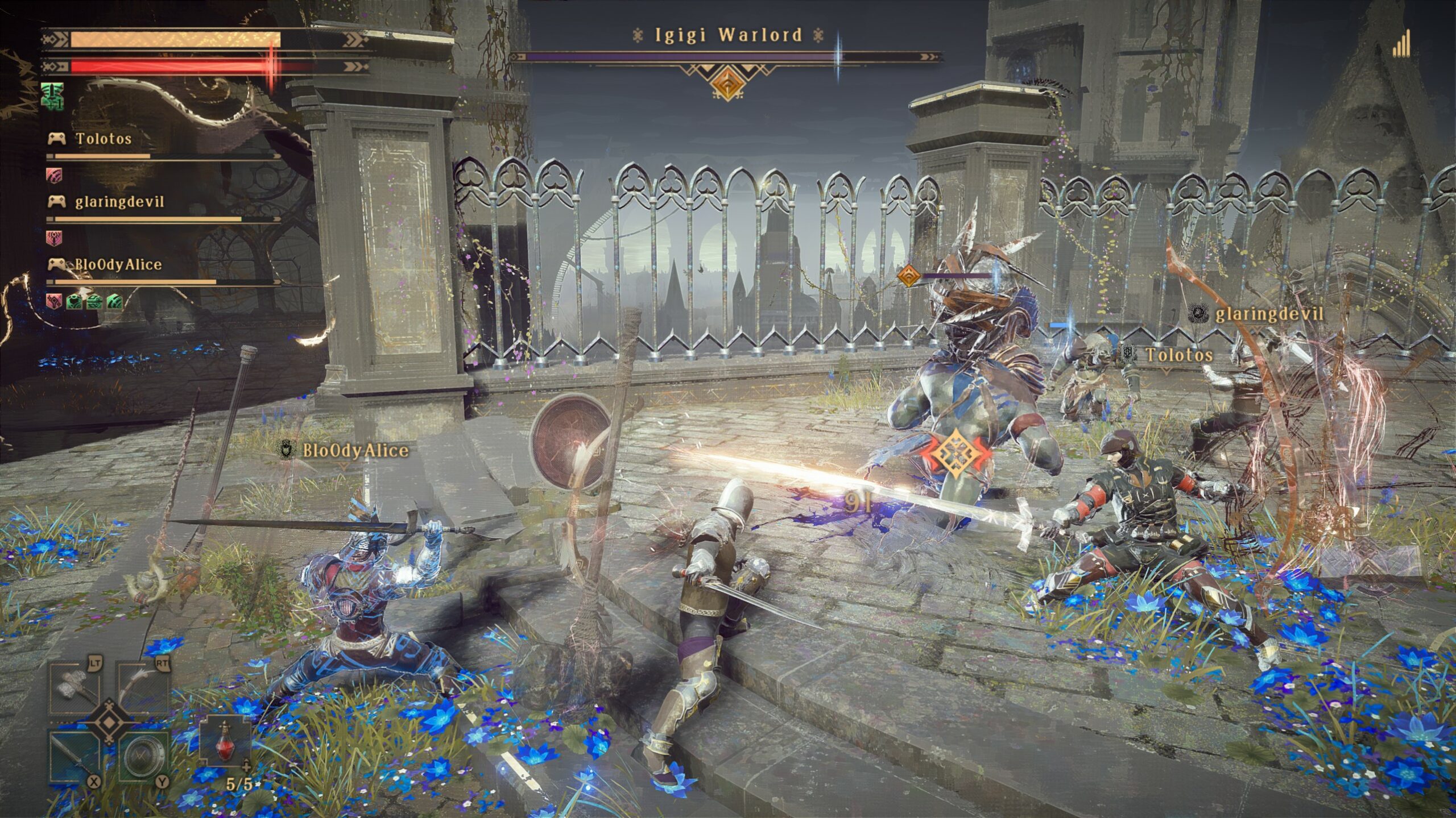 The RPG and loot mechanics don't fare much better than combat, as they are extremely basic. Leveling up is achieved by simply playing through quests and obtaining experience points, while loot is divided into different rarity tiers that determine an item's capabilities. Items can also come with different abilities that can influence the player's playstyle, although the differences were minimal in the closed beta.

Babylon's Fall is currently in development for PC, PlayStation 5, and PlayStation 4. A release date has yet to be announced.