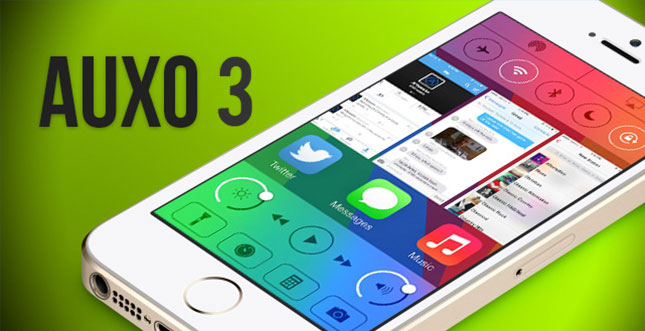 Since iOS 9.3.3 has been jailbroken by Pangu, there are a number of jailbreak tweaks that you should definitely try. If you're a newbie to the jailbreak clan, we would suggest you to give this popular multitasking tweak a go. The tweak is called Auxo 3 and its one of the best on Cydia. For all those who're familiar with the tweak, you will be pleased to know that the it has been updated to support iOS 9.3.3. The tweak was initially released back in 2014. The following year made room for much refinements in the Auxo 2. Now, with great update support, Auxo 3 is compatible with iOS 9.3.3.

For those of you who're not familiar with Auxo, it has a very simple job in terms of multitasking. The tweak basically replaces the iOS app switcher with a new UI and provides numerous useful gestures for easy control.

With its dynamic Multi-Center, Auxo 3 gives you the ability to carry out more functions with the same operation. The Multi-Center is the combination of Control Center and the app switcher, which can be opened via the swipe up gesture from the bottom of the display. This is pretty handy when it comes to making use of more than one function. All this is not found on the stock iOS experience. You're bound to follow Apple's closed firmware, with no spare space to add any kind of multitasking ability.

The Control Center has been intelligently designed in Auxo 3, giving it the ability to resize based on whether a song is playing or not. When you tap on the Now Playing button, you will see that the album art pops up. Check out the video embedded below for more information on Auxo 3.

Auxo 3 only costs $2.99, which totally justifies with stunning multitasking ability of the jailbreak tweak. Multitasking is smooth and considering the amount of updates that the tweak has received, it is close to being perfect. For those of you who are already using Auxo 3 on their jailbroken device, the update is absolutely free. However, new customers would have to pay the full price in order to install the tweak.

So if you have been waiting for the tweak to grab iOS 9.3.3 support, now might be a good time to update or install the tweak. This is it for now, folks. What are your thoughts on Auxo 3? Do you think the app switcher replacement such as this is a neat idea for multitasking? Let us know your thoughts in the comments section below.