After years of speculation about who originally created the cryptocurrency, Australian entrepreneur Craig Wright has publicly identified himself as Bitcoin creator Satoshi Nakamoto. 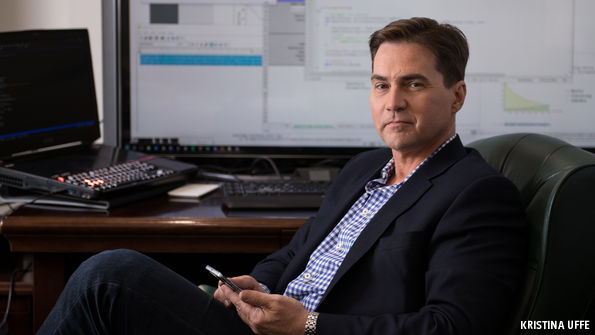 Craig Wright, a 45-year-old Australian computer scientist and inventor, claimed on Monday that he created the digital currency and wrote the famous white paper. Possibly ending one of the biggest mysteries in tech, it is still to be seen whether Wright is telling the truth. The BBC, the Economist and GQ magazine have all published lengthy blog posts having talked to Wright in person. According to the BBC, Wright says he wanted to end the speculation surrounding the identity of Satoshi and that he doesn't want to "be the public face" of Bitcoin.

"I really do not want to be the public face of anything," he said, expressing regret that he had been forced to reveal his identity.

While Wright has provided some technical proof to back up his claim using coins known to be owned by Satoshi, many remain skeptic. The Economist specifically doesn't seem to be sold with the above claims, as the extensive report details how he was previously outed in December 2015 with dubious evidence to be the real Satoshi, only to be considered a "hoax staged by Mr Wright himself." After the first reports claiming that Wright was the real Satoshi, report from Wired had said the new clues suggested that Wright was attempting a hoax.

This time, he seems to be covering all the holes that made everyone doubt his identity in December. From clearing out his LinkedIn profile to coming up with explanations for why the cryptographic keys found in the leaked documents had been backdated or changed recently, Wright does raise some doubts.

"Having been named as Mr Nakamoto once, unconvincingly, Mr Wright has a steep hill to climb to convince the world that he is indeed bitcoin’s founder." [...]

"He is now going to great lengths to fill the holes in his story by providing plenty of documents and explanations. In some cases this alleviates doubts about his authenticity, in others less so." [...]

"But doubts remain: why does he not let us send him a message to sign, for example?" - The Economist

In this mess of uncertainties, some prominent names of the Bitcoin community have come forward to confirm Wright's claims. Bitcoin Foundation chief scientist Gavin Andresen said in a blog post that he is "convinced beyond a reasonable doubt" that Wright is the founder. Andresen says Wright used cryptographic keys only Satoshi would own. Emin Gun Sirer, Cornell University computer science professor and cryptocurrency expert disputes the validity of the cryptographic keys, saying that Wright has failed to provide a "free-standing signature" from Satoshi.

We have yet to see proper cryptographic proof. Even with cryptographic proof, there's still the possibility that the real Satoshi's keys may have been compromised or reverse-engineered. But we have not even seen that yet. What we've seen looks like a deliberate attempt to mislead.

Satoshi Nakamoto is believed to have amassed roughly 1 million Bitcoins which would give him a net worth of $450 million. Whether or not Wright is the real Satoshi is yet to be proved as many remain skeptic of his claims, "imagine that the paternity of a particularly brilliant child is in doubt, and someone steps forward to claim he is the father." As the Economist writes, "In the real world a DNA test would sort the matter out quickly. In the confusing world of bitcoin, a cryptocurrency, things are not that simple."