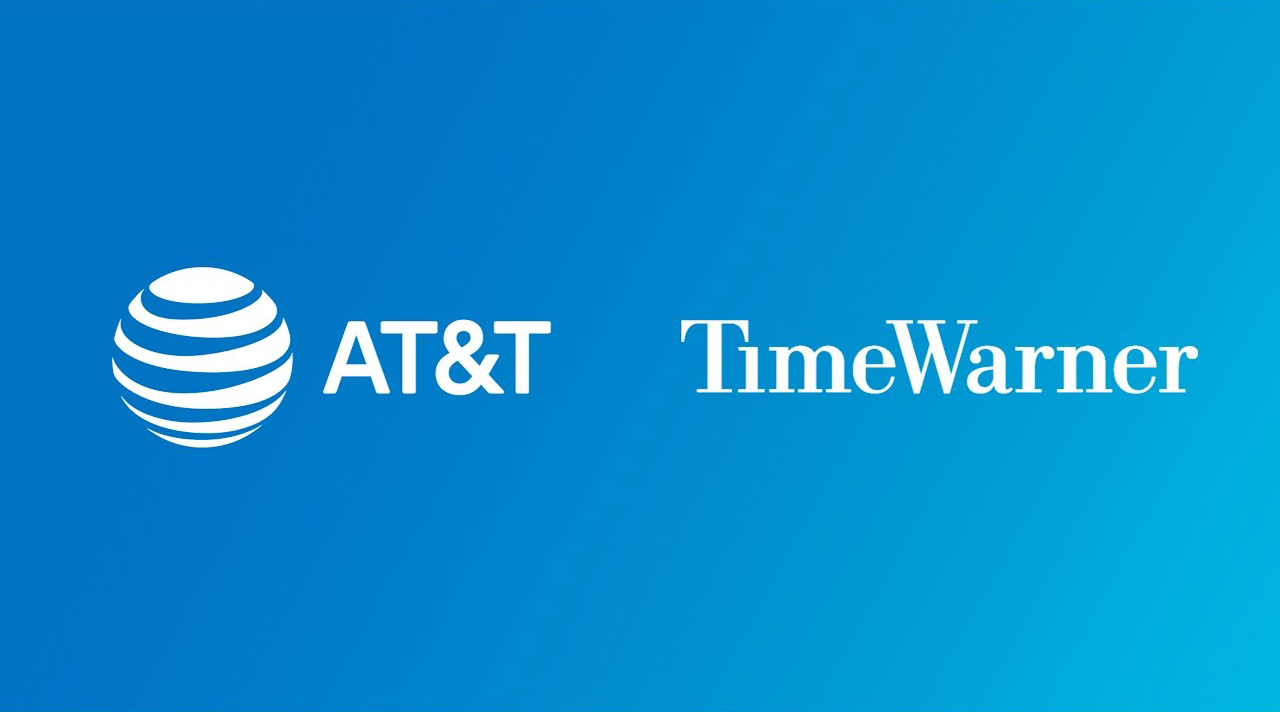 Ahh, Time Warner (NYSE: TWX), what a blushing bride to be you make. And AT&T (NYSE: T), so dashing and handsome. So although it sounds like this match made in heaven is barrelling full steam ahead for the altar, there may still be a fly in the ointment who stands up as the priest says “Speak now or forever hold your peace”.

Who am I talking about? Well, just about anyone who is concerned about the size of the deal and the possibilities of an anti-competitive outcome post-merger.

AT&T is a behemoth by any measure. That however hasn’t stopped it from struggling for growth in recent years, despite a strong balance sheet and reasonable earnings. It faces a saturated carrier market and a business there which lost over a quarter of a million subscribers for wireless telephony and another 3,000 customers from the TV side of the business, with about a fifth of a million clients gone since it purchased DirecTV.

On the other side of the fence, you have Time Warner (remember when it was known as AOL Time Warner?!). A media giant with its own history of torrid deal-making (there’s a reason AOL is no longer in the name!) now interested in a new tie up to create a content creation and mobile media distribution empire.

The two CEO’s apparently started speaking to each other in August to discuss whether a tie up made sense before approaching their respective boards to float the concept.

As it turned out, everyone thought a deal made sense, which is what resulted in the $85.4 billion dollar offer with AT&T agreeing to pay $107.5 per share (a 35.6% premium before the rumours hit) for Time Warner which if the deal goes through, would result in a company which had successfully diversified about 40% of its revenue from the entertainment side of the business. So an expensive but necessary expansion in a company looking to diversify its revenue streams. 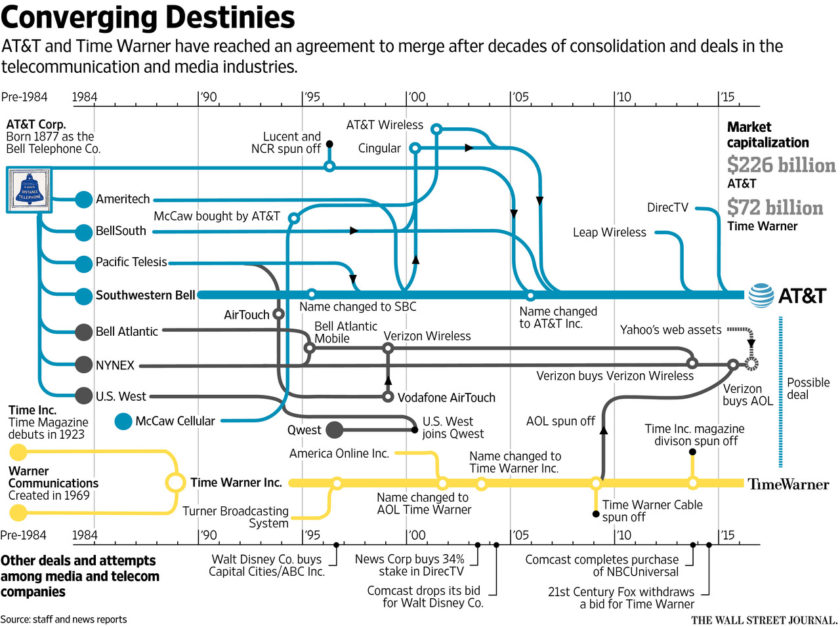 There May Be Trouble Ahead…

But that’s where the fairy tale gives way to cold hard reality. Deal making is big business and a lot of parties will be hoping that this one comes through. That much being said, deals of this magnitude are of course subject to regulatory approval and the current feeling seems to be one of concern if initial noises coming out of politicians are to be believed. Competitors are of course lining up to ring the alarm bells too.

Reuters is reporting today that Tim Kaine (Vice Presidential candidate for the Democrats), Donald Trump (Presidential candidate for the Republicans) and some Senators have all come out with varying degrees of negative statements around the proposed tie-up. Trump is of course a vocal critic of the press and has already stated he would block it if elected to the White House, although technically the President doesn’t hold the power to directly veto this kind of activity.

Kaine, along with Republican and Democrat Senate subcommittee on antitrust members have been more guarded in their comments but have made it clear that they regard competition as a good thing, with the senators of course saying they will scrutinise the deal as part of their remit on antitrust. Ultimately though it is up to the Justice Department to either greenlight the deal, block it or put specific conditions in place which limit potentially anti-competitive practices it may be concerned about.

Deals of this size take time and it’s proposed that it should be completed before the end of 2017 with various penalties associated with the deal falling through (Time Warner paying $1.7bn to AT&T if someone else bids more, AT&T paying $500m the other way if the deal gets blocked by the Justice Department).

Conventional wisdom dictates that deals like this aren’t usually blocked. Were the deal to proceed, it would be seen primarily as a vertical integration type scenario with one company buying a supplier, rather than a competitor and therefore shrinking consumer choice. Conventional wisdom however has been wrong before. Vertical integration is attractive in many industries, but when the size of the vertically integrated organisation gets too large it can have negative ramifications on competition in the wholesale market among others which regulators will of course want to be very careful about.

Even so, one would envisage that this kind of deal would be allowed to proceed on the basis of competitive curtailments being handled by conditions of the acquisition rather than blocking it outright.

Normally, we try to steer clear of politics in this section, however it’s clear that in many ways these days, politics and finance are closely intertwined.

The world seems to be retreating from globalisation. While it’s clear that globalisation has created enormous wealth in the world economy, some people feel it has gone too far. A few examples of the anti-globalisation movement:

Brexit. The UK’s vote to leave the European Union this summer was unexpected and unprecedented, but a clear slap to the face of the globalisation movement with the threat of economic Armageddon yet to be realised and some left wondering if indeed it will be.

TTIP. The Transatlantic Trade and Investment Partnership between the US and the EU has been acknowledged to be dead in the water with not a single chapter out of 27 agreed in 14 rounds of negotiations spanning over 4 years.

CETA. The Comprehensive Economic and Trade Agreement between the EU and Canada also hit stumbling blocks recently and is currently being blocked by the Wallonian regional government, representing just 3.6 million people out of the blocs over half a billion population.

Both Clinton and Trump are seen as anti-globalisation candidates by many in the corporate and financial services sectors.
But still corporate lobbyists come knocking every few years, trying to erode the power of democratically governments all in search of ever greater profits with trade deal proposals much like the ones above. Many of the objections to these wide ranging trade deals are often focussed on giving large multi-national corporations the ability to sue governments if business interests are damaged by them in some way.

Anti-globalisation candidates and movements are gathering pace around the world. Thus far, people have resisted the call of greater globalisation to secure economic privilege, perhaps they will forever or perhaps not but regardless, the current US election and serious players from both sides of the ticket and aisle coming out voicing at the very least careful scrutiny and caution in rubber stamping the deal seems likely to set the tone for the near future.