AT&T, They have a Plan, 3rd Quarter Earnings 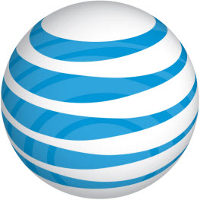 AT&T (NYSE:T) reported earnings that exceeded expectations today for the most part.  The company posted higher than expected earnings per share (EPS) of $0.94 as opposed to analyst estimates of $0.93 and up year over year (YoY) from $0.90.  Revenue meanwhile was down slightly year over year from $45.7B for 3Q18 to $44.6B for 3Q19. Cash flow from operations came in at $11.4B with $6.2B of that being free cash flows (FCF) and $5.2B being spent on capital expenditures (CAPEX).  The company has also reported they intend to have the retired 100% of the debt they took on for the Time Warner deal by 2022 and have used their FCF to have retired about 70% of the shares issued for the deal as well. The company also expects to continue to modestly raise the dividend going forward as it continues to reduce leverage and absorb its recent purchases.

ATT has listed as one of its goals is to stabilize EBITA across its business units.  Wireless continues to grow with service revenue increasing by 0.7% for the quarter and up 1.9% year to date.  The company also added some 101,000 postpaid phone adds and had a churn rate of 0.95% which is the amount of turnover of customers. The Entertainment Group saw revenue increase 3.5% with AT&T Fiber adding 318,000 customers and reducing the number of customers on heavily discounted premium plans by over 1 million while seeing a loss of 195,000 subscribers.  The company is providing guidance expecting EPS to increase in the low single digits for 2020 with EPS of between $3.60 and $3.70 and “With our financial outlook and the benefits of our capital allocation policy, we expect EPS growth in 2020 will be up low single digits. But by 2022, we expect EPS to be between $4.50 and $4.80.”Randall Stevenson stated.

Revenues did decrease for AT&T as previously stated. This revenue drop was mainly attributed to video and legacy revenue losses with other areas offsetting some of the decreases.  “We also expect that our premium video losses have peaked. We had about 225,000 net losses due to programming blackouts,” John Stevens said. “Our gross adds were down about 400,000 due to new, higher intro pricing and credit thresholds, as well as more targeted promotions, and we continue to work through customers rolling off 2-year price locks. Those video losses also impacted our broadband numbers, especially our bundled customers, but we did have more than 300,000 AT&T Fiber net adds in the quarter,” he continued. Entertainment is looking at a tough 4th quarter even though they are off to a good start with the Joker but last year saw many more hits driving poor YoY comparisons for 2019.

Cash from operations of $11.4B for the Quarter for AT&T with $6.2B in free cash flow.  The company expects that they will have $28B in free Cash flows for the full year and have so far accumulated $21B in FCF.  This was a raise in the previous guidance of $26B the company was expecting for this year. Also, despite much of the speculation DirecTV has managed to account for $4B in cash flows each year since it was purchased with the total coming to $22B b in cash flows by the end of this current year.  The other part of the cash flows is the capital expenditures or CAPEX which the company spent $5.2B or $6B if $800M of payments for vendor financing activity are included for the quarter. They expect to have CAPEX in the range of $15.B for the full year.

AT&T will also be spending on network expansion for high-speed premium products like streaming video and has made strategic investments of $20B in spectrum licenses and wins in the First responder Network which added an additional premium spectrum.  They also touted the previous purchase of Cricket Wireless which added more spectrum as well which AT&T transformed from a losing money operation to one generating healthy margins. With these spectrum additions and accomplishments Randall Stevenson went on to claim, “Over the last 18 months, we've been putting all this capacity into service, and the performance results have been dramatic. AT&T now has the fastest and most reliable wireless network in the U.S.” This spectrum is expected to be put to use for the upcoming 5G network which should drive revenue growth due to equipment sales though the majority will come through organic growth in subscriber counts with AT&T seeing the biggest growth in subscribers in 5 years.

What Will AT&T do to Reduce Debt and Generate Shareholder Value?

The company also reported that they have no plans to make any major acquisitions for the next several years and instead expect to return about $75B in value to shareholders over the next 3 years with $30B in share retirements which means share buybacks and $45B in dividends over the net 3 years.  AT&T will also focus on strategic asset sales and look for additional opportunities to monetize $6-8B in non-core assets this year and has a forecast of $14B in asset sales for the 2019 year-end total. The company has targeted an additional $5-10B in asset sales for the next year. Further, the company looks to be very open to divestments of non-core assets such that Stevenson commented regarding assets, “We're committed to an objective, diligent and disciplined process. We'll analyze the merits of each of our businesses individually and as a part of the whole. But let me be clear, we have no sacred cows. We're always open to making portfolio moves, and DIRECTV has been the source of a lot of public speculation in that regard. As we've said, it will be an important piece of our strategy over the next 3 years.”  So while DirecTV may not be up for sale anytime soon, it is always a possibility the company will be looking into going forward.