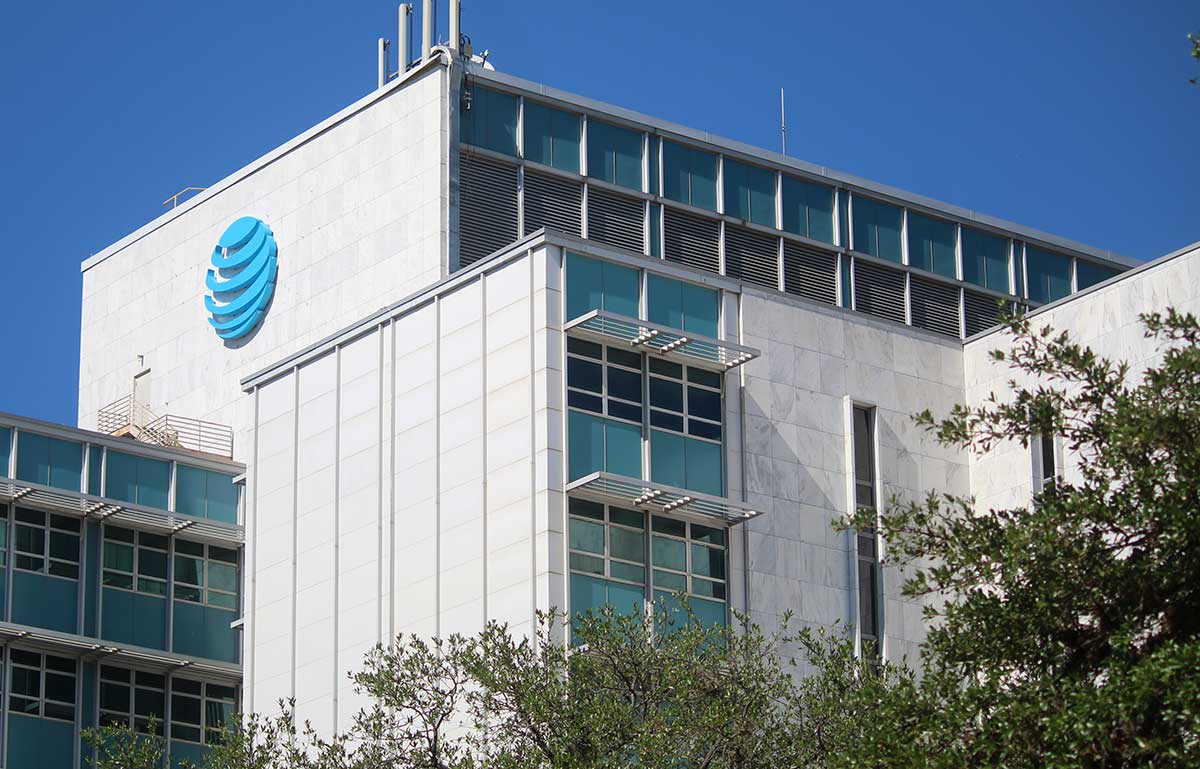 Carrier AT&T's been having a rough couple of weeks with several management changes. Its Time Warner acquisition, one of the largest to date, the company has failed to communicate to investors how it plans to use the acquisition in the future. AT&T's share price jumped earlier this morning when activist investor Elliot Management announced that not only does it own $3.2 billion in AT&T (NASDAQ:T) stock, but that the firm also intends to turn around the carrier.

In a detailed letter signed by Jesse Cohn and Marc Steinberg, partner and associate portfolio management at Elliot, the firm laid clear what it believes are problems with AT&T's current method of doing business, what are the company's strengths and weaknesses and how Elliot Management intends to turn around AT&T's fortunes.

While AT&T's share price witnessed an impressive jump in pre-trading, it's now down to $36.80/share right now, which is 55 cents higher than yesterday's closing price. It looks as if. investors are over their initial buying spree, and all those who believe that Elliot's got what it takes to capture AT&T's hidden potential are done buying. Additionally, AT&T's stock was heavily traded today, as approximately 108 million shares changed hands today - more than four times the stock's trading volume over the past ten days.

Elliot Management's letter to the carrier's board of directors highlights the problems that the firm believes are impeding AT&T (NASDAQ:T) from achieving its full potential. The firm believes that the carrier can increase its share price to $60/share in two years from now if it follows certain guidelines.

AT&T's current problems, believes Elliot, is because of the carrier having bitten off more than it can chew. For example, the investor highlights that each of AT&T's individual business units is the size of a large-cap company. This naturally means that AT&T's attention is diverted, and the carrier is unable to be on the top in the industry for most of the business units which it operates.

AT&T (NASDAQ:T)'s $67 Billion acquisition of DirectTV came at the wrong time, with the linear TV market having reached peak growth at the time. The carrier's $109 Billion Time Warner acquisition lacks a strong rationale, and AT&T's lack of scaling with 4G LTE led to Verizon taking the lead.

Elliot Management also believes that AT&T's heavy reliance on its wireless business for EBITDA (Earnings Before Income Taxes Depreciation Amortization) has the potential to work out in the carrier's favor, and help it gain an edge over Verizon. The investor believes that AT&T (NASDAQ:T) is poised to exploit the impending 5G boom much better than its competitors can due to strong spectrum positioning in both mmWave and sub 6GHz (mid-band), an upgradeable network and a ''premier IoT franchise''.

Citing AT&T's weak P/E (Price to Earnings) of 9.9x, Elliot believes that the carrier should push this higher especially since it acquired Time Warner at a 20x P/E. The biggest strength of AT&T at the moment for AT&T is the company's strong dividend yield (annual dividend divided by stock price). AT&T's got a 6% yield, which is 4% higher than the one currently offered by ten year US treasury notes. Additionally, the carrier's main competitor Verizon has a 4.17% dividend yield according to our figures.

Given the underlying potential of AT&T's numerous business, and certain strategic advantages that a couple of these businesses possess, Elliot Management believes that AT&T can push its P/E and EBITDA margin (EBITDA divided by Revenue) up. AT&T's EBITDA Margin can go up to 36% by the end of 2022 believes the firm. AT&T has a current EBITDA Margin of 30.7%.

The carrier can achieve this by transforming its mindset from acquisition-based to execution-based and by divesting business not meeting the carrier's core strategy. We believe that by doing the latter, AT&T will not only have freed up crucial resources to focus elsewhere but that the company will also have generated valuable capital to help it with reducing leverage. AT&T's debt is 3.5x its EBITDA, which is the highest among the four carriers (T-Mobile (NASDAQ:TMUS), Sprint (NASDAQ:S) and Verizon (NASDAQ:VZ) being the other three).

To de-lever (reduce debt) to below 2x by 2022, Elliot believes that AT&T will have to 50% of cash left after dividends have been paid to share repurchases and 50% to debt repayment. AT&T's EBITDA margins are lower than Verizon's as a whole and in the carrier's wireless business. EBITDA margins for AT&T (NASDAQ:T) in its entertainment group have also declined by 400 basis points. Finally, AT&T is overstaffed, with several of its departments being two to three times larger than benchmarks. Cutting these down to size will bring the carrier's operations to scale and streamline its functions.

With Elliot Management's analysis out of the way, it's time to see how well AT&T is performing relation to the other three major US carriers, T-Mobile (NASDAQ:TMUS), Sprint (NASDAQ:S) and Verizon (NASDAQ:VZ). Of the three, Verizon and AT&T are the ones with the highest market capitalization of 243 billion and 268 billion respectively. However, Sprint has the highest P/E ratio of 73x, with AT&T being at the bottom end with 10x, Verizon second-to-last with 12x and T-Mobile third-to-last with 18x.

At this point, it's important to keep in mind that a higher P/E ratio isn't necessarily good, as it can also mean that a stock's price is higher than the amount that it will earn. So, this can suggest that due to high market demand, investors are in a rush to purchase a particular stock without considering if the earnings made by the company representing the stock will cover the stock price. In essence, high growth stocks have higher P/Es, while low growth stocks have lower P/Es, with the figures being a barometer of investor opinion. Sprint is also the stock with the highest short-interest rate suggesting that perhaps more investors are simply purchasing the stock to sell it at a later date when the price goes down.

Taking Sprint out of the equation, it's clear that AT&T isn't doing good when compared to both Verizon and T-Mobile. It's got the lowest Return on Equity, Return on Assets and Gross Margin of the three, with the carrier's Debt/EBITDA of 3.5x being higher than Verizon's 2.8x. Debt-to-EBITDA shows the amount of a company's debt which can be paid off through its earnings.

AT&T's also got the highest debt of the four carriers ($179 Billion), with $167 of this being long-term debt. Verizon, for comparison, has $113 Billion total debt, with $150 million of this being short term. However, Verizon's smaller asset base of $283 billion mitigates the effects of lesser debt and doesn't make the carrier better off than AT&T.

All in all, Elliot Management has done its homework, and AT&T needs to make a lot of changes before it can claim to have streamlined operations. Perhaps this is the reason behind the company's stock price going down after an initial surge earlier today. Thoughts? Let us know what you think in the comments section below and stay tuned. We'll keep you updated on the latest.