Though Motorola has been hush about the Flipout, there has been news that the Flipout has been released but not to any vendor or carrier of course you can find this item on eBay for a very attractive price tag of only $388 which is apparently a lesser price to pay than one you would have gotten on a contract the Android 2.1 capable device comes bearing 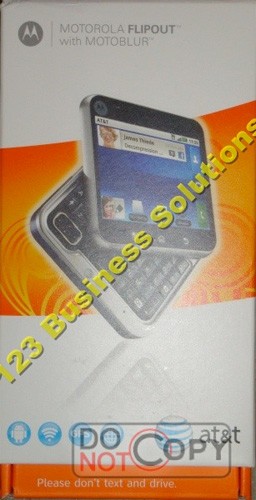 With all these great features in a phone Motorola has really out done them selves although the screen could have been I am not one to complain against such great work done on it, Although there is no official release date yet the phone was supposed to come on Verizon first.

Whoever does buy the phone might face problems getting support for this phone considering its not supposed to officially released but hey owning something unique is always a great thing right?