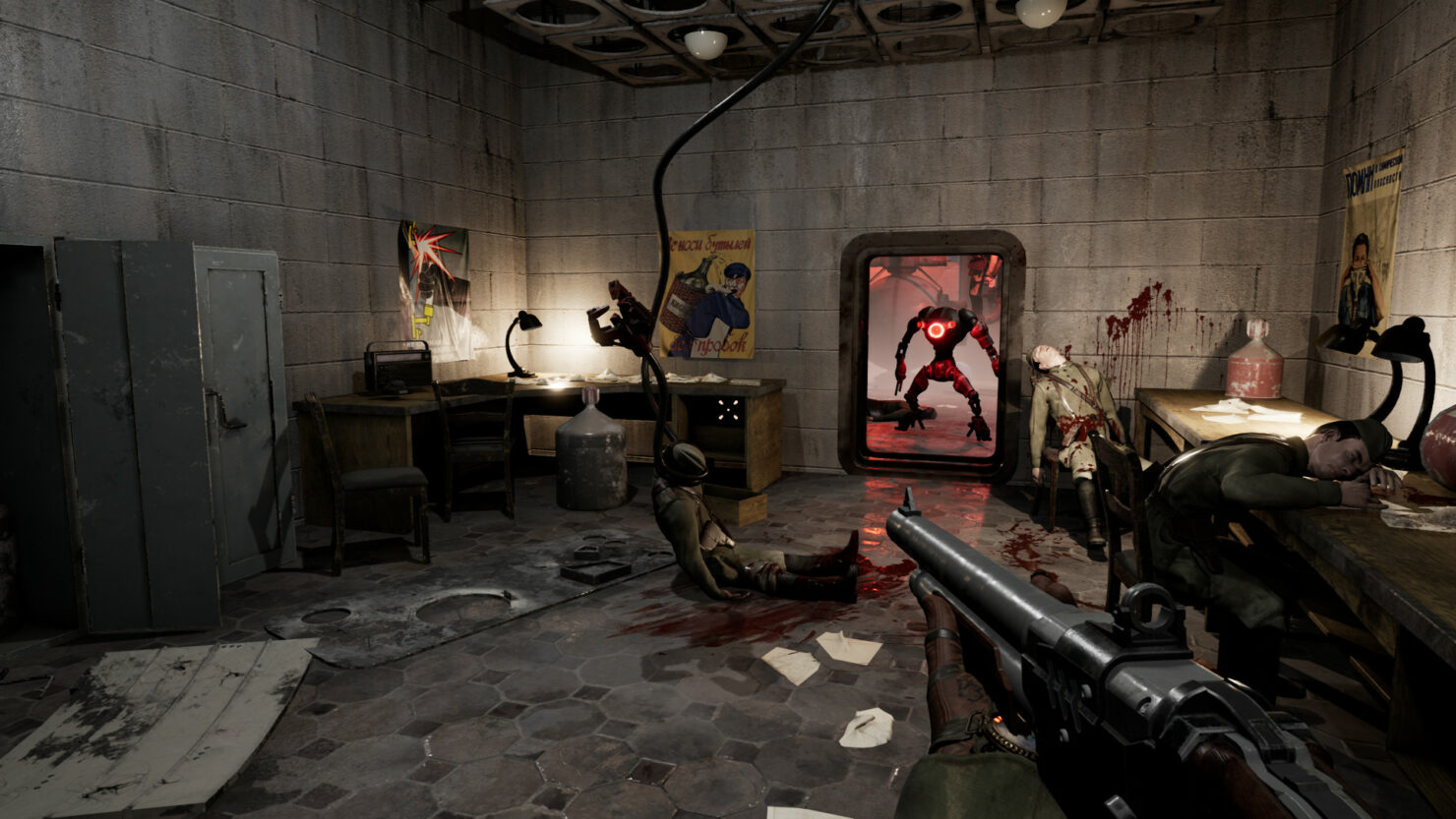 Atomic Heart, the game developed by Russian studio Mundfish, was showcased through a stunning 10-minute gameplay video posted a few hours ago by IGN.

You'll surely recall our recent interview with Mundfish CEO Robert Bagratuni, where we explored the game's features and mechanics alongside its cutting edge implementation of real-time ray tracing via NVIDIA RTX and deep learning super sampling via NVIDIA DLSS.

Atomic Heart is an adventure first-person shooter, events of which unfold in an alternative universe, during the high noon of the Soviet Union. The main character of the game is a special agent, who was sent to a highly secret object by the Soviet government after it went radio silent.

Soviet setting with a pitch of insanity, action-packed gameplay and a thrilling story will keep you entertained for the whole duration of your journey into the world of Atomic Heart.

Unfold the secrets, restore peace and order, and show the Motherland what you got!

Atomic Heart, due in 2019 for PC, PlayStation 4 and Xbox One, easily made our list of most anticipated indie games of this year. PC gamers can already check whether their rigs will be up to snuff thanks to the specifications already available on the game's Steam page.