With CES 2016, you can expect a flurry of products to be showcased and the latest handset that has been announced belongs to a Taiwanese smartphone company, with the product being called ASUS ZenFone Zoom. Packing an Intel processor, ASUS ZenFone Zoom will officially be arriving during the month of February so let us take a look at its specifications to see if the hardware and features match its price tag. 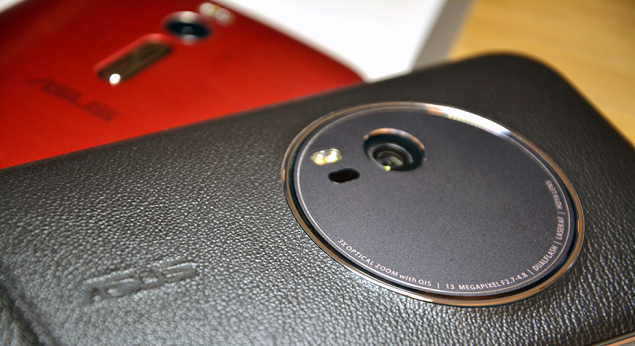 ASUS ZenFone Zoom, as the name implies, has a zoom feature that allows you to focus on distant subjects. According to the source, the lowest aperture of the rear camera, which is a 13MP shooter, is f/2.7, which is on the low side considering that there are so many smartphones out there that have a wide aperture of f/1.9. However, many smartphones out there do not have a zoom functionality, while ASUS ZenFone Zoom does. However, when zooming to capture the subject, the aperture will shrink to f/4.7, so when snapping images, you will have to be slightly patient with the smartphone.

As for the remaining specifications, they are quite impressive to say the least. Intel’s Atom Z3950 will be responsible for pumping out performance and packs four processing cores that have a maximum clock speed of 2.5GHz. Additionally, the handset also has 4GB of RAM, coupled with 64GB of internal storage and a MicroSD slot that can accommodate a maximum capacity of 128GB. We did cover that Samsung announced its EVO PRO Plus MicroSD cards and they might be on the expensive side, but that is because they have high sequential read and write speeds, which will definitely come in handy when maintain performance across the handset.

The remainder of the specifications have been listed below, and you will see that they are fairly impressive for a smartphone that comes with a $399 price tag:

ASUS ZenFone Zoom will be arriving in the U.S. on February 1st, and before we conclude this announcement, we have to state that while the rear camera does not have an aperture as wide compared to the rest of the newly announced smartphones, the device does feature the following camera features, which will definitely come in handy during your image capturing spree:

There is a promo video given at the bottom so tell us what you thought about the smartphone.