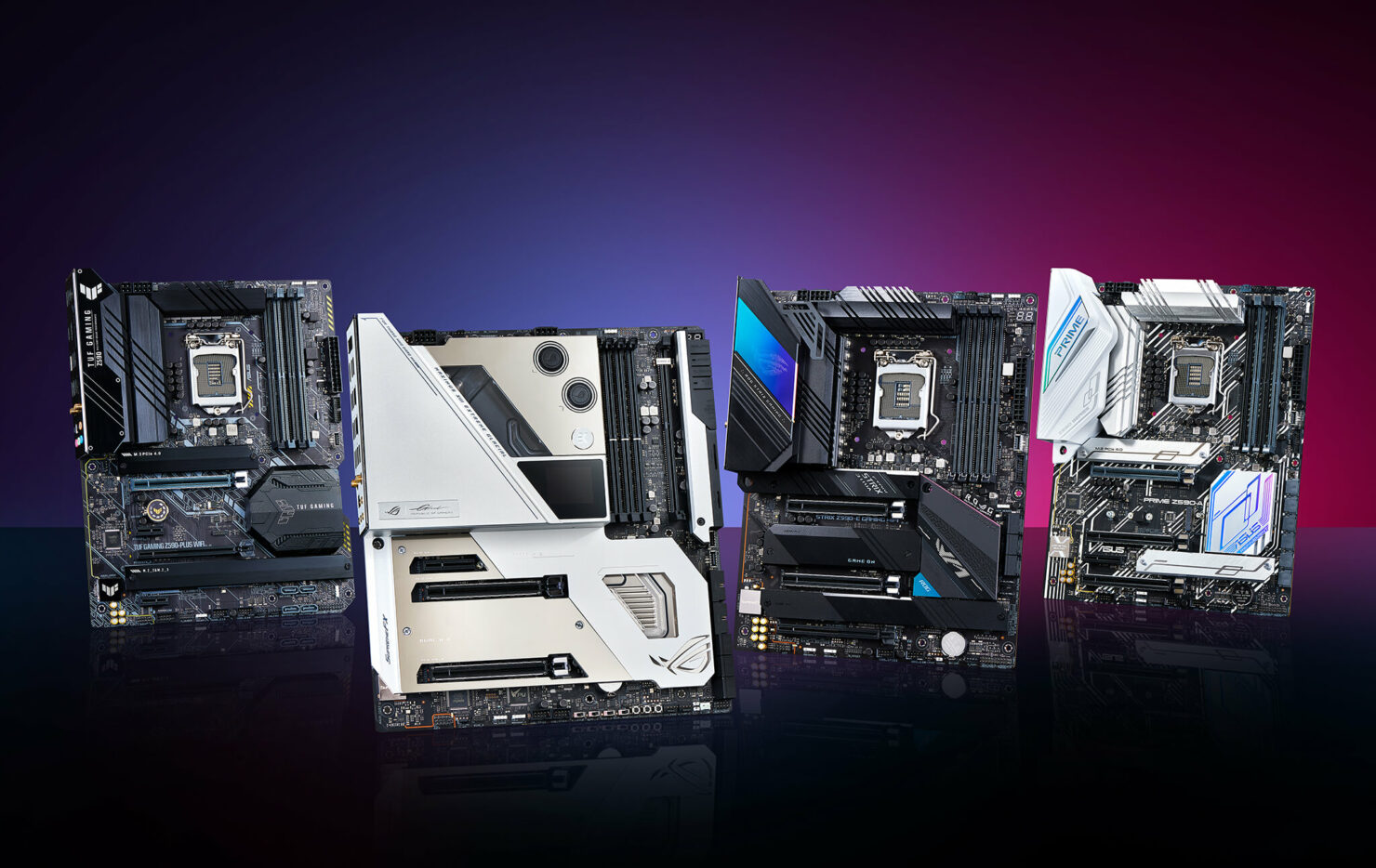 ASUS's Z690 motherboard lineup has leaked out over at EEC and will include at least 16 boards. The lineup was spotted by Komachi (via Videocardz) and shows us what seems to be DDR5 and DDR4 specific motherboards.

16 ASUS Z690 Motherboards Leaked & Listed Over at EEC, Will Feature Both DDR5 and DDR4 Variants

According to the leak, ASUS is working on at least 16 motherboards that would launch under its Z690 series lineup. These include the next-gen ROG Maximus XIV, ROG STRIX, TUF Gaming & the PRIME series products. 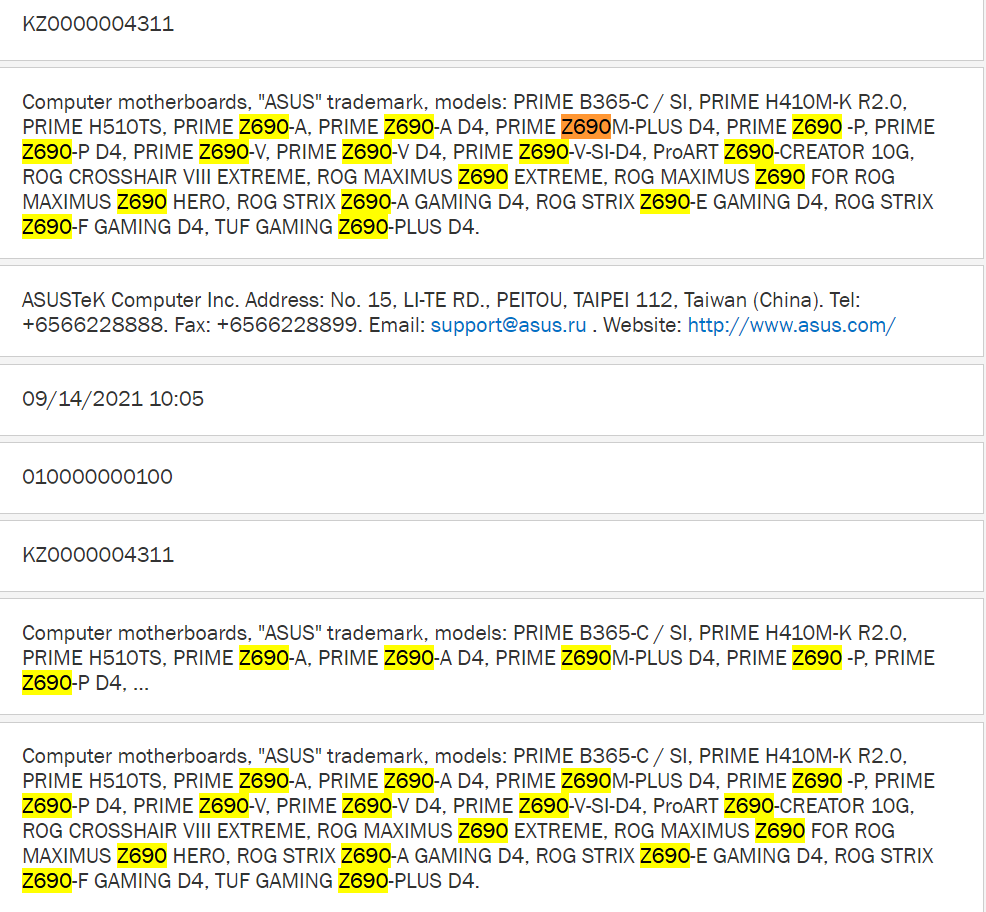 Starting with the top echelon, we have the ASUS ROG Maximus XIV Z690 motherboards which will target the enthusiast, premium, and high-end segments. The lineup includes ROG Maximus Z690 Extreme, Formula, & HERO motherboards. There's also the ProART Z690-Creator 10G board that is aimed at the content creator segment with features such as 10G LAN, Thunderbolt 3 & workstation GPU support. Also do note that the EEC listing doesn't include the roman numbering scheme for its ROG series anymore. It may be possible that ASUS has decided to ditch that in favor of a stream-lined naming scheme.

Moving on, we have the ROG STRIX lineup which will include Z690-A Gaming, Z690-E Gaming, and Z690-F Gaming motherboards. What's interesting is that these motherboards are listed with a 'D4' extension which could mean that the ROG STRIX lineup may launch in DDR4 variants only with the higher-end ROG Maximus lineup sporting DDR5 memory. We do know that Intel's Alder Lake-S CPU lineup is compliant with both DDR4 and DDR5 memory. The latter won't be as cheap so it might be sensible to include DDR4 support on the more mainstream and entry-level models.

There's the TUF Gaming Z690-PLUS too which comes with DDR4 memory support. Coming over to the PRIME series, we have the Z690-A, Z690-PLUS, Z690-P, Z690-V, and Z690-V SI. Three PRIME Z690 motherboards, A/P/V, will receive both DDR5 and DDR4 variants. Motherboards manufacturers are expected to unveil their new Z690 products by the end of October 2021 with a launch expected in November 2021 alongside the 12th Gen Desktop CPUs.