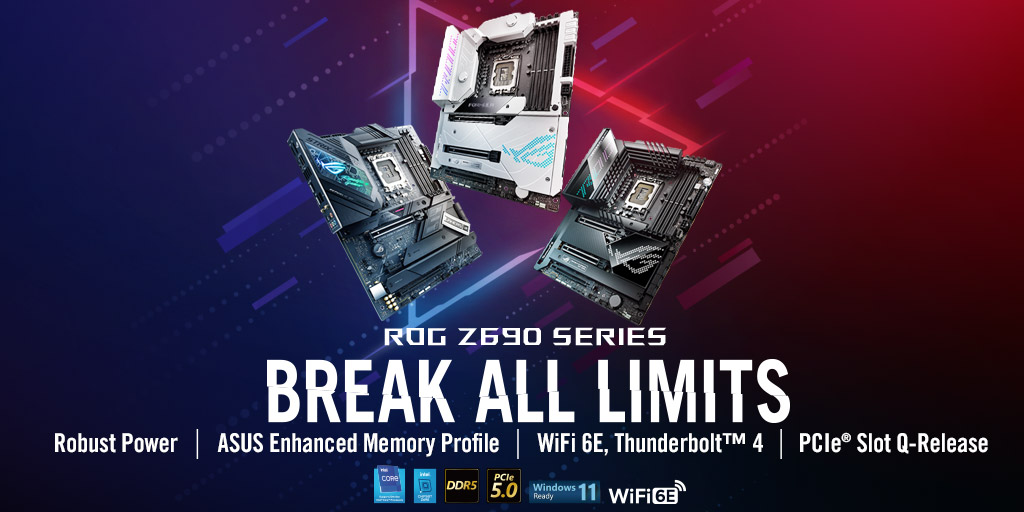 Today, ASUS officially announced its Z690 ROG, ROG STRIX, TUF Gaming & PRIME motherboards for Intel's 12th Generation Alder Lake Desktop CPUs. The CPUs come with a range of new features and brand new technologies plus, if you plan on building yourself a PC with ASUS's Z690 motherboards, then they are available for pre-order now.

The ASUS Z690 motherboard lineup consists of 17 new products within its ROG, ROG STRIX, TUF Gaming, and PRIME series. The motherboards come with full support for Intel's Alder Lake CPUs and feature the respective LGA 1700 socket. You will find some highlighted features such as PCIe 5.0, DDR5, enhanced power delivery, to name a few, as the main attractions of the new platform.

Both the ASUS Z690 Formula and APEX motherboards have very unique aesthetics with Formula going for a white-colored shroud design and a pre-fitted EKWB block over the VRMs while APEX is rocking a dual-DIMM design with a solid VRM delivery and all the necessary gear that you will want as an overclocker. Lastly, we have the HERO which looks impressive in its own right and is now a high-end tier motherboard with great aesthetics and once again, a powerful VRM design for Intel's Alder Lake CPU lineup.

The DDR5 motherboards retain a black gaming aesthetic while the DDR4 Z690-A Gaming WiFi features a white aesthetic and looks great on its own terms. You will find its feature set to be on the same level as the DDR5 offerings. This ROG STRIX lineup is also the most diverse, featuring ATX, ITX, and mATX options for users to choose from.

The TUF Gaming Z690 motherboards from ASUS come in DDR4 flavors only and feature the Z690-PLUS Gaming WiFi D4 and Z690-PLUS Gaming D4. It should be evident by the name that one of the models comes with WiFi support and the other doesn't as that is the only difference between them. In terms of design, the TUF Gaming series features the same black and silver aesthetics with yellow trims and offers the most essential features that you'd expect from a mainstream product.

The ASUS ProArt Z690 Creator motherboard is another variant that will be part of the lineup and has some nice aesthetics with an acrylic shroud over the I/O and audio components. It features a quad M.2 slot array and has a 16+1 phase design. The motherboard also features WiFi capability.

Lastly, we have five ASUS PRIME Z690 motherboards, three of which feature DDR5 support and two featuring DDR4 support. The lineup includes the PRIME Z690-A, Z690-P WiFi, Z690-P, Z690M Plus D4, and Z690-P D4. Like always, the PRIME Z690-A is the flagship offering within this lineup and has a really futuristic design while the rest of the PRIME series boards carry the standard silver design.

Lastly, we want to share with you the pricing and specifications table for the entire ASUS Z690 motherboard lineup. Initially, ASUS will launch 14 out of 17 motherboards that they are unveiling today.

The top motherboard would be the ROG Maximus Z690 HERO which will have an MSRP of $599.99 US. For the higher-end models, you can expect the price to scale up from here with the Extreme costing well above $999 US. The motherboards are now available for pre-order & we will provide retail links to the products once they are opened by online retailers. 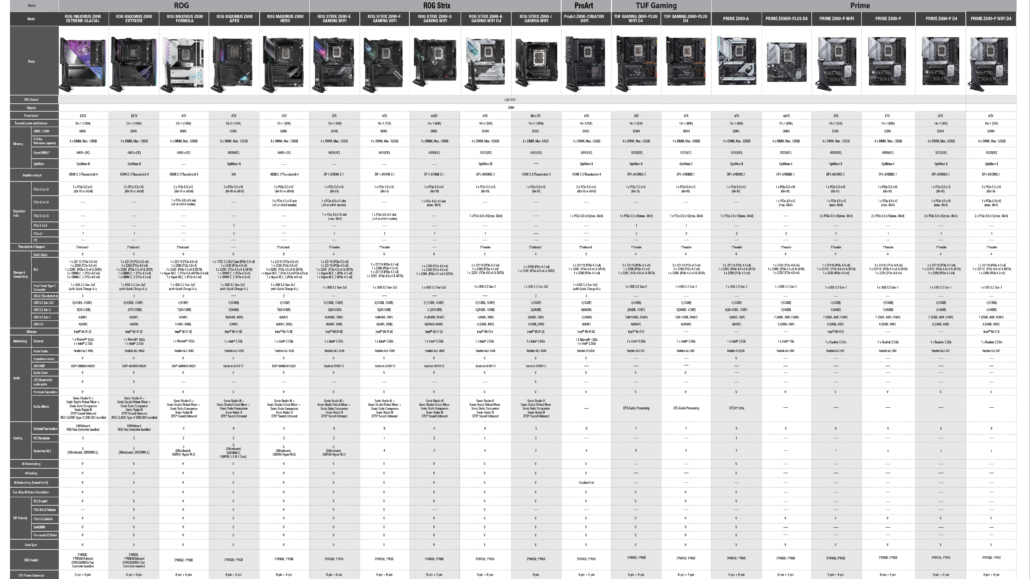