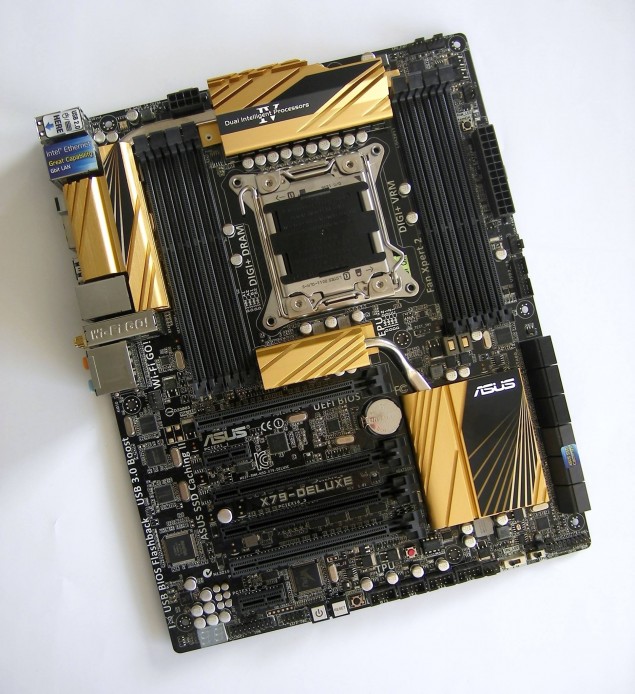 But backwards compatibility doesn't means that manufacturer's won't release new motherboards at all. We have already seen EVGA's X79 Dark motherboard and now ASUS's X79 Deluxe which is a update over the P9X79 Deluxe that launched last year. The ASUS X79 Deluxe motherboard features a gold and black color theme that is similar to ASUS's Z87 Legacy lineup, infact ASUS's Z87 Legacy lineup was the first to adopt the new color theme marking as an end to their Blue and Black design.

Ivy Bridge-E featuring some new updates such as adoption of PCI-e 3.0, native SATA 6 GBps and the new SSD OC tools would provide overclocking with some good set of benefits of the new platform. The ASUS X79 Deluxe has 8 DDR3 DIMM slots featuring Quad Channel memory support of 128 GB capacity at rated speeds of 1866 MHz and 2400 MHz O.C+. The LGA 2011 socket would be able to support both Ivy Bridge-E and Sandy Bridge-E processors while a strong DIGI+ VRM with the latest Dual Intelligent Processors 4 design would offer overclockers amazing overclock potential. Power would be provided through a single 8-Pin connector along with the 24-Pin ATX power connector. 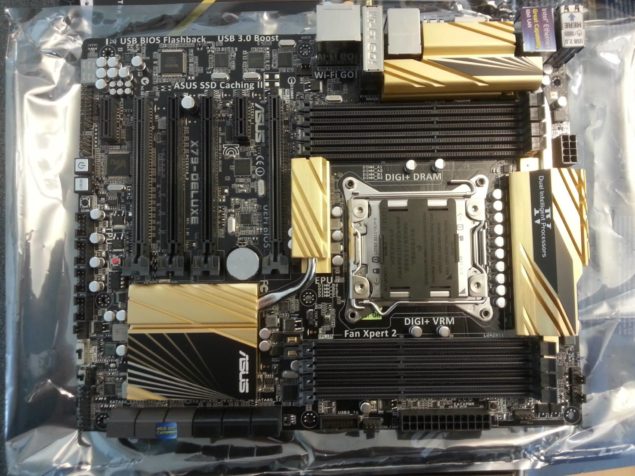 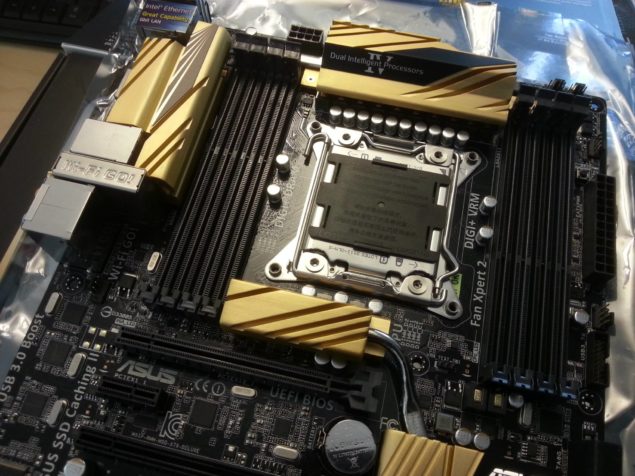 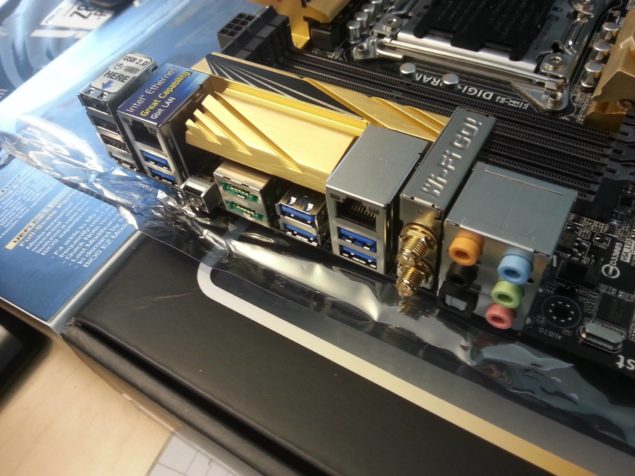