ASUS at CES 2011 has 8 of it’s products that have been chosen under the Innovations, Design and Engineering Awards program. The selected highlights span four award categories and include computer, consumer electronics and PC components. All have been chosen for their exciting designs and innovative use of technology, and are testament to ASUS’ position as a global technology leader. 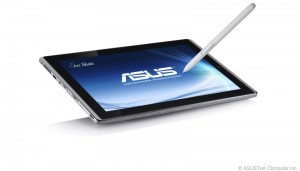 Three ASUS products have been chosen to receive a CES Innovations Award under the Personal Electronics category, with the strikingly designed Eee Slate EP121 was the first to attract the judges’ attentions. This portable slate computer that looks much similar to the iPad packs an Intel Core i5 processor under the hood that’s running Windows 7 Home Premium with a touch digitizer to afford flexible multi-gesture input and superior usability. It uses a 12” screen and an innovative Bluetooth keyboard dock to provide the best of both touchscreen tablets and traditional notebooks.

The sleek U43Jc notebook has been selected for its fusion of eco-friendly features and cutting edge technology. The U43Jc incorporates the ASUS Super Hybrid Engine technology to perfectly balance energy consumption and maximum battery efficiency on the go.
In addition to two portable computers, the ASUS WiCast EW2000 was selected as a CES Innovations honoree for its ability to stream HD video wirelessly from any device with HDMI up to 1080p. The compact plug and play design has a bandwidth of 3Gb/s, so there’s no compromise of picture or sound quality, and streaming works equally well for HD movies and games. 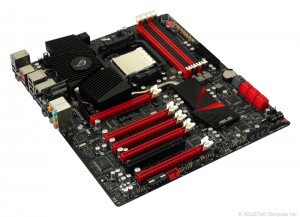 Three high-performance ASUS gaming components have been chosen for the Computer Hardware category, beginning with the ARES/2DIS/4GD5 graphics card. Based on dual ATI Radeon HD 5870 GPUs that have been massively overclocked, the ARES is righty described as “the fastest graphics card in the world”, yet its oversized 3 slot custom cooling system makes it much quieter than the reference card design.
Two ASUS motherboards have also managed to grab CES Innovations awards. First is the ROG Rampage III Extreme that’s been chosen for its striking appearance as well as  powerful remote overclocking features that allow performance to be tweaked using a notebook PC or even a smartphone. The ROG Crosshair IV Extreme was also selected, recognized as the first AMD-based motherboard to support a hybrid mix of up to four-way graphics cards as well as extreme performance tuning features, such as ROG iDirect which allows overclockers to tune their PC from any iDevice such as the iPhone and iPad. 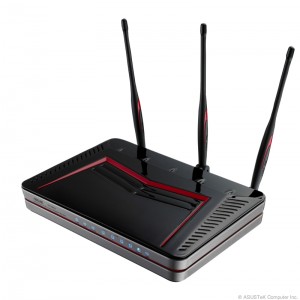 The Home Networking category sees the ASUS RT-N66U router picked up as a CES Innovations Honoree. With a compact design that blends in discretely at the home, the RT-N66U is a full Gigabit router with dual-band Wi-Fi and a user-friendly setup that makes it easy to get the most out of its powerful performance. 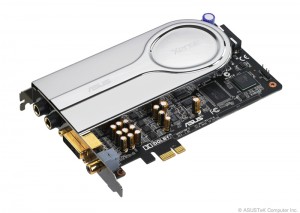 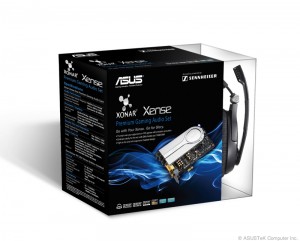 The ASUS Xonar Xense premium gaming audio set completes the CES 2011 Innovations Awards line-up from ASUS. Designed for first-person shooter enthusiasts, this expertly paired set of sound card and headphones gives a superlative audio experience for even the most hardcore gamer who’d want to be fully immersed in the action. Sennheiser PC350 headphones reproduce in-game audio with crystal clarity when used with the Xonar Xense headset.