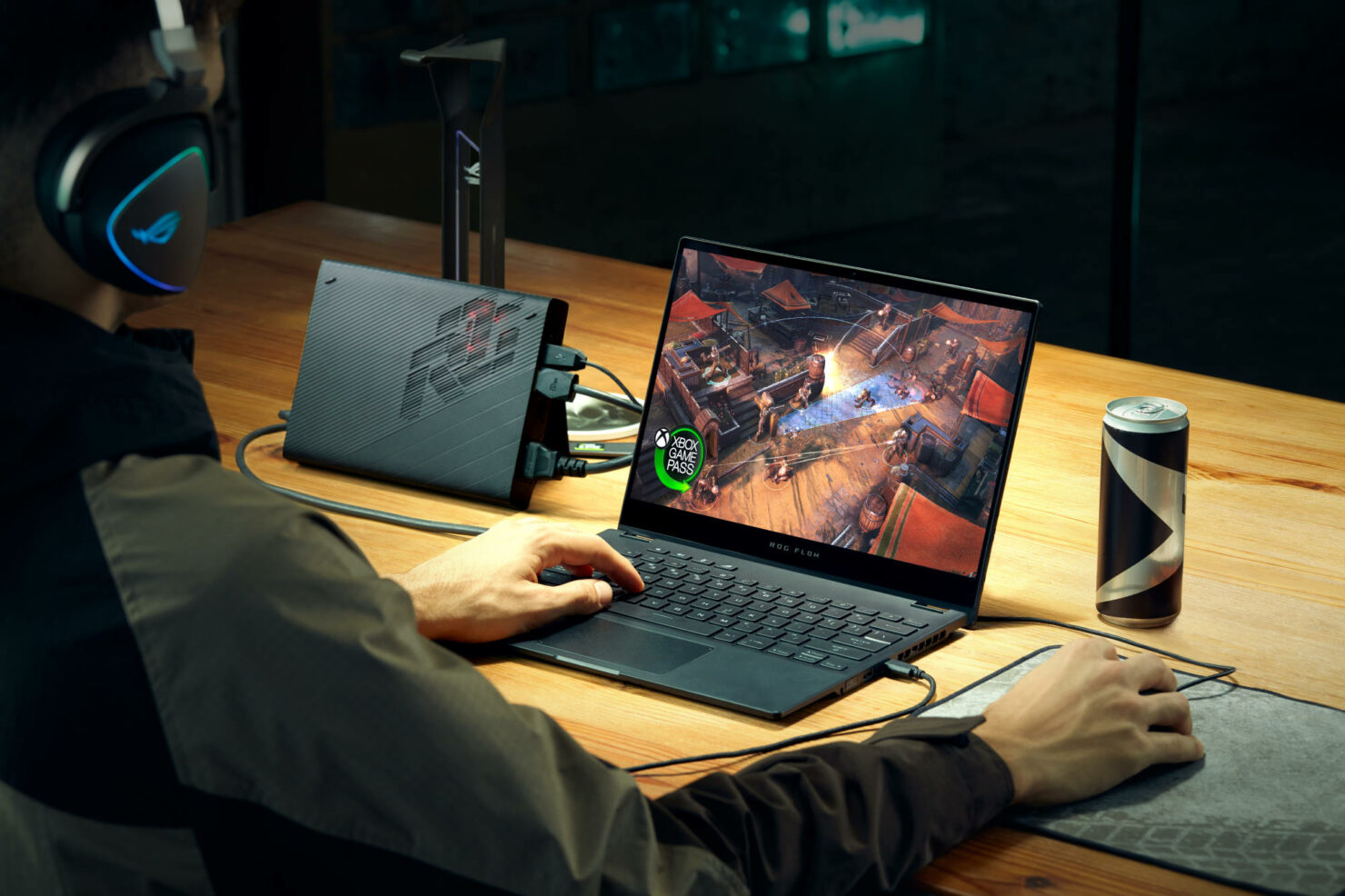 When you first look at the ASUS ROG Flow X13, you just see another ultra-portable laptop, but if you look closer, you see a port that looks extremely weird, to be frank. That port serves as the connection point to the docking station housing a GPU that comes with the laptop. The ASUS ROG Flow X13 is the first laptop in a long time to be paired with a custom-built eGPU docking station.

The highlight of the ROG Flow X13 is not the laptop itself, rather the ROG XG Mobile eGPU dock. The last time a product similar to this was ASUS' ROG XG Station released in 2007. The design for the XG Mobile was designed to be smaller than the average eGPU. The dimensions are 155 x 208 x 29 mm and it comes in at only 1 kg (2.2 lb) which is 6% of the size of the average eGPU. Inside the docking station is Nvidia's GeForce RTX 3080 GPU clocked at 1810 MHz at 150W with ROG Boost and is cooled by a vapor chamber cooling system. This design increases the contact surface area by 54% compared to the traditional heat pipes.

The special port is quite important to the system and unique to ASUS. The port features a direct connection to the CPU with a custom PCIe 3.0 x8 interface that dedicates 63Gbps of bandwidth exclusively to graphics. The other part of the port is a USB 3.2 Gen 2 connection that adds 10Gbps just for the I/O, and all of this only uses one 41cm cable. This allows for the eGPU to perform significantly better than other eGPUs which only use Thunderbolt 4.

That isn't all the XG Mobile offers. On the docking station, there is a wide array of ports including has four USB Type A 3.2 Gen 1 ports, a full-sized SD card slot, and a Gigabit Ethernet port. DisplayPort 1.4 and HDMI 2.0a display outputs are directly connected to the GPU. On top of that, the power adapter supplies 280 watts to both the laptop and docking station.

The Flow X13 itself comes equipped with up to an AMD Ryzen 9 5980HS CPU with 8 cores and 16 threads. A special Flow X13 Supernova Edition will be available with the Ryzen 9 5980HS. The memory on it is up to 32GB of LPDDR4X-4266 RAM. Even when the dock is not in use, the Flow X13 can still perform. It comes equipped with the GeForce GTX 1650 GPU capable of hitting clock speeds up to 1255 MHz at 35W in Turbo mode with ROG Boost. It also comes with a PCIe SSD that provides up to 1TB of high-performance storage. 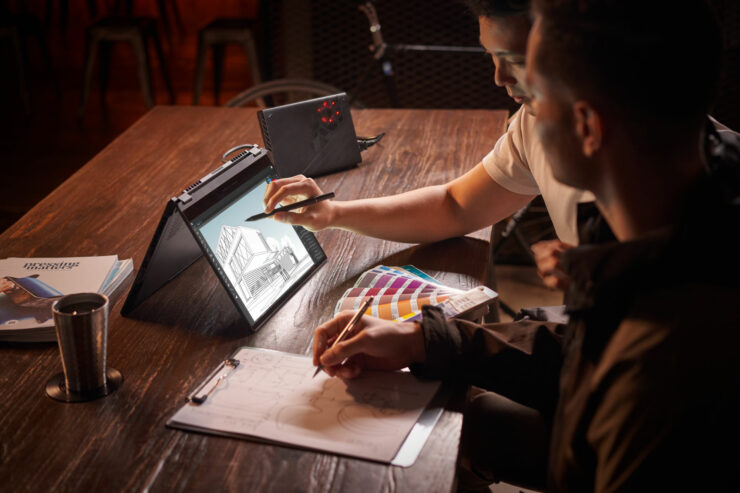 The display size is 13.4 inches and actually comes in a 16:10 resolution which gives users more vertical space. The two options for the screen are a 4K UHD IPS panel with a 60Hz refresh rate or a 1080p FHD IPS panel with a 120Hz refresh rate. Both options are Pantone validated and uses Scratch-resistant Corning Gorilla Glass. The battery life on the Flow X13 is up to 10 hours of video playback. 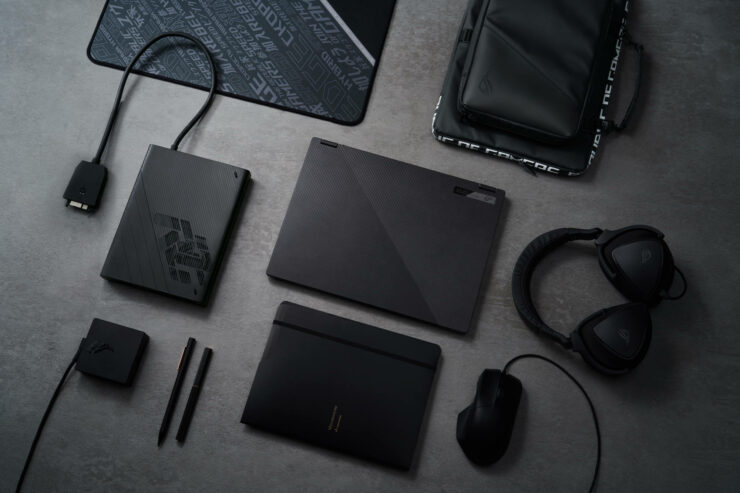 The Flow X13 takes advantage of exotic cooling using a liquid metal thermal compound presumably Thermal Grizzly's liquid metal compound seen on the ROG Zephyrus Duo 15 SE. Heat is transferred away from the CPU, GPU, and VRM by 2 heat pipes and the thermal module fits three large heatsinks and fan outlets inside the system. Dual Arc Flow fans generate maximum airflow and the thermal module has anti-dust tunnels to channel particles away from the fans and heatsinks.