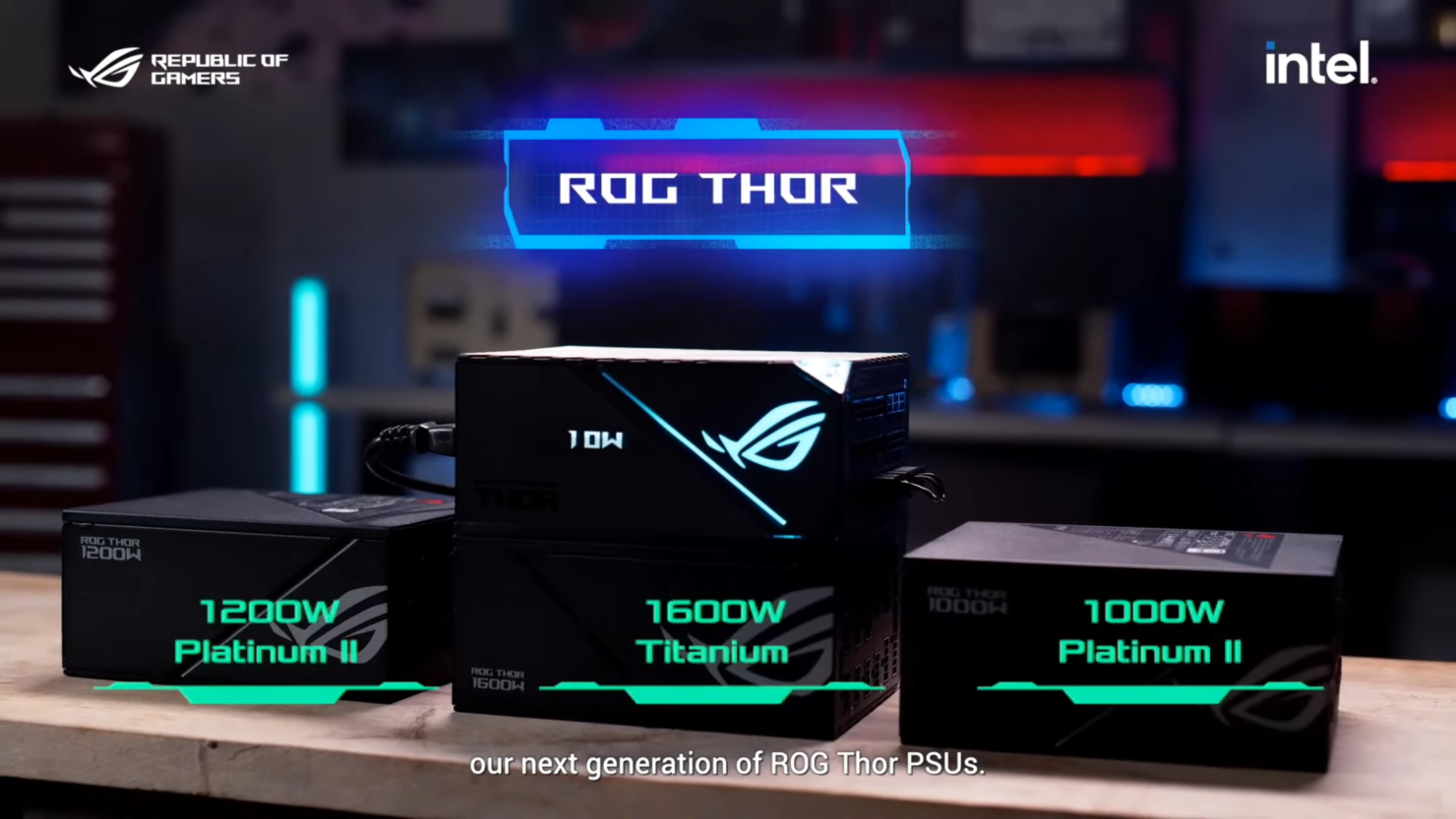 ASUS has unveiled that they are expanding their ROG THOR PSU series with new variants which will come equipped with PCIe Gen 5.0 power connectors.

ASUS announced its new ROG THOR lineup during the 'Break All Limits' Livestream where the Z690 motherboards were also introduced (more details on them over here). The company launched four new PSUs which include the flagship ROG THOR Titanium 1600W and three ROG THOR II Platinum series power supplies. The ROG THOR Titanium is now the highest wattage PSU that the company offers whereas previously, it was the ROG THOR Platinum 1200W. The existing ROG THOR supplies have also been upgraded to the newer ROG THOR II lineup and come in 850W, 1000W, and up to 1200W designs. 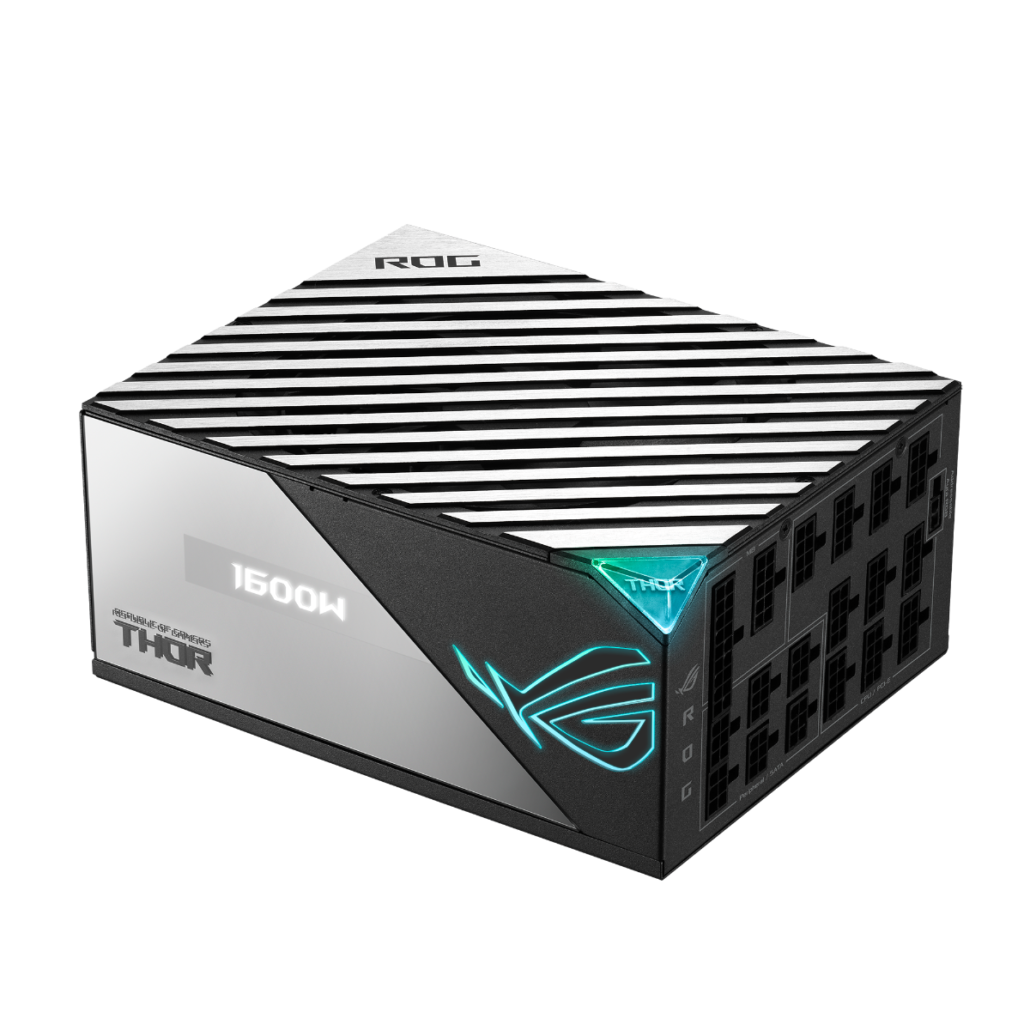 Each ROG THOR PSU has been designed to offer clean and stable power to your PC components & the new lineup further refines that. But aside from making power deliver better, one of the feature to talk about is support for PCIe Gen 5.0 components. The new ROG THOR PSU lineup comes with a bundled PCIe Gen 5.0 ready connector that will allow you to use the PSU with next-gen products. It is not told what products these might be but it is most likely to be a graphics card first since boards don't require any Gen 5.0 based power delivery solutions as seen on Z690 designs.

The ROG Thor series isn’t just poised to provide clean, reliable power in large quantities today. They’ll prepare your PC for the future, too. The PCI Express 5.0 standard includes a new high-capacity auxiliary connector that packs 12 conductors into a single cable. For assured compatibility with components that use this future connector, we’re including one in the box with each ROG Thor PSU to make life easier for system builders that can take advantage of these durable PSUs for the long haul.

There were recent rumors that NVIDIA's GeForce RTX 3090 Ti flagship which launches in early 2022 will come with the next-generation PCIe Gen 5.0 power connector interface and will also be the first Gen 5 graphics card in the market. It looks like this might be true as ASUS has used the standard RTX 3090 as an example to showcase the extreme power requirements which we are headed at in the coming generations. In the same example video, ASUS also states that the GeForce RTX 3090 & similar high-end GPUs can consume lots of power at peak wattage. The RTX 3090 is shown to peak out at 940W but higher-end ROG THOR PSUs ensure that your system doesn't halt during extreme cases like these.

As for the PSUs themselves, the ROG THOR Titanium 1600W maintains a 93.54% efficiency at full 100% load. This is achieved through the use of Gallium Nitride MOSFET and a digital controller that facilitates fast response to load changes. The new ROG THOR PSUs also come equipped with 100% Japanese capacitors and other premium components to achieve 80 PLUS Titanium and also, Platinum certifications.

All PSUs feature a black and silver aesthetic and feature RGB LEDs on the outside and also the iconic side-OLED which displays the total wattage under load. ROG THOR PSUs also come with high-end heatsink designs with more mass and surface area than average. The high-end 1000+ variants feature a 135mm cooling fan with an Axial-tech design while the 850W PSU uses a Wing-blade design.

It looks like 1000W+ PSUs will become a standard once again as GPU makers focus on increasing performance and vice-versa, the power draw too. It should also be pointed that it's not only GPUs that are getting power-hungry, even next-gen PCIe Gen 5 SSDs are said to feature higher power draw, as stated by Phison. So yeah, if you are going the route of a high-end PC, then it's also best to invest in a high-end PSU. The ROG THOR II PSUs are expected to launch in Q4 and will be backed by a 10 year warranty (3-year warranty for the OLED screen).