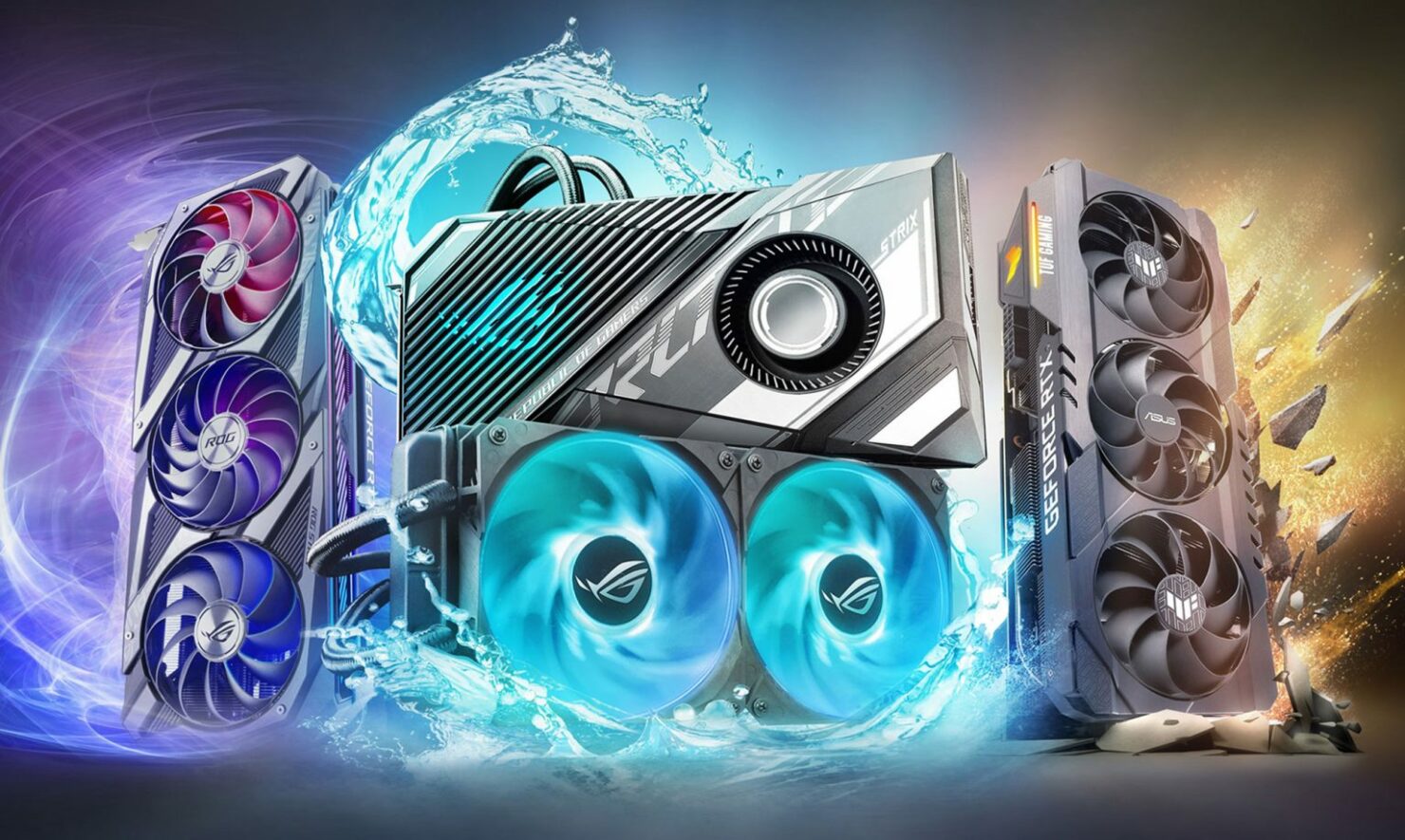 ASUS put water cooling on the NVIDIA GeForce RTX 3080 Ti with the ROG STRIX LC model. The design of the card features an angular shroud with plenty of lighting both on the card and on the radiator fans. The water block inside the shroud makes direct contact with the GPU and the memory. The hose connecting the block to the radiator is longer at 600mm and the radiator is 240mm. The ROG STRIX LC comes with two custom 120mm fans optimized for both high CFMs and high static pressure for the radiator as well as a third fan hidden under the shroud.

The ASUS ROG STRIX GeForce RTX 3080 Ti and 3070 Ti have a beefy air cooler to maximize performance and keep your graphics card cool under load. The card is a 2.9 slot card with an angular shroud design. It features plenty of RGB lighting completely illuminating the left edge of the card. The ROG STRIX RTX 3080 Ti and 3070 Ti have a metal backplate. ASUS uses a triple-fan cooler design using their Axial-tech design to adequately cool the card. At idle, the card can drop into 0dB mode. The new PCB allows for more power draw through the triple 8-pin PCIe power connectors. This allows for greater overclocking.

If you want something more affordable, ASUS' TUF line has you covered. The ASUS TUF Gaming GeForce RTX 3080 Ti and RTX 3070 Ti feature a more affordable price tag with great performance. The card isn't as beefy as the ROG STRIX GeForce RTX 3080 Ti with a 2.7 slot design but does feature a triple-fan cooling design with Axial-tech fans and a full-length aluminum backplate. ASUS has opted for a stealthier, lower profile design on the TUF series cards going all black with a singular RGB accent on the front of the card.