After Apple announced its Smart Battery Case for the price of $99, it did not take long for Asus to take a quick jab at the expensive accessory released by the tech giant. According to the specifications list, Asus ZenFone Max features a massive battery, which is possibly the only reason why the company decided to throw a quick punch. 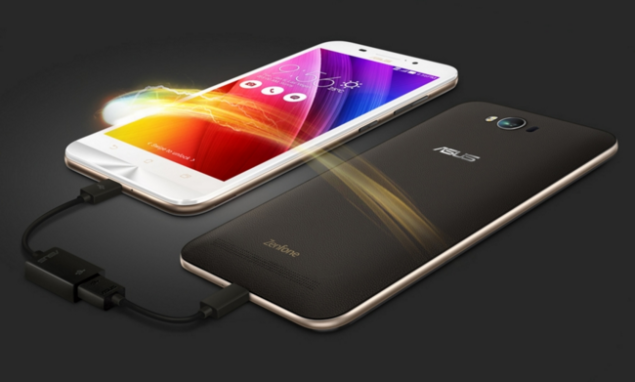 “You don’t need that extra pack when you have the maximum power in one.” 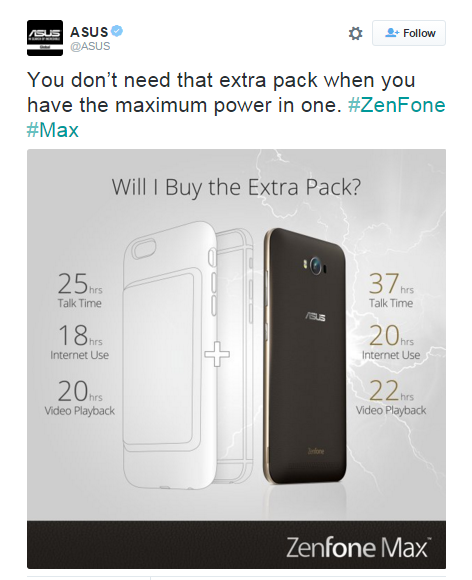 However, while Asus’ smartphone is yet to hit the market, the Taiwanese firm should be prepared for repercussions from Apple’s camp because apart from the 5,000mAh battery, none of the remaining specifications of the smartphone are impressive at all. To start off, ZenFone Max features a Qualcomm Snapdragon 410, which will clearly be lagging behind iPhone 6s in performance. According to the exclusive benchmarks that we ran, iPhone 6s was able to smoke both Galaxy Note 5 and Galaxy S6 Edge Plus, both of which are far more powerful compared to ZenFone Max.

Supplementing the quad-core processor of the 5.5 inch handset is 2GB of RAM, which might be the same amount as iPhone 6s, but optimization of both mobile platforms are worlds apart, meaning that it will be Apple’s flagship smartphone that will easily be able to deliver much more performance as expected. While pricing details of ZenFone Max have yet to be detailed, we are confident that if consumers want to experience a whole new level of battery life, they are going to have to pay extra.

What do you guys think of Asus’ latest move against Apple? Let us know your thoughts straight away.