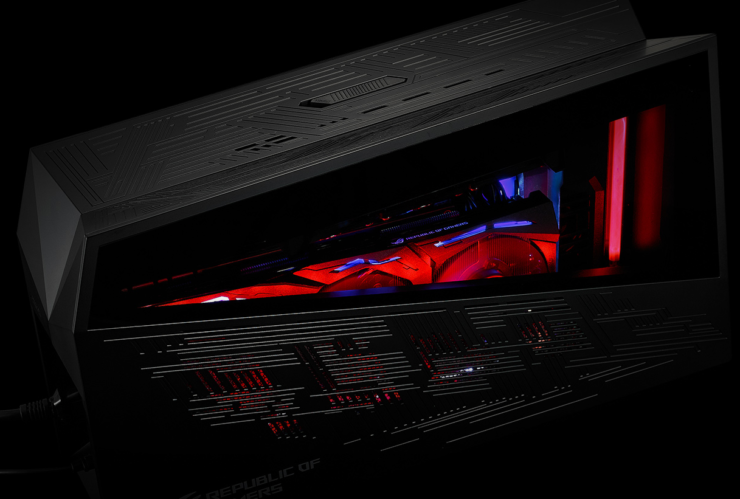 We can all agree that NVIDIA’s GTX 1000 series of GPUs present in notebooks have certainly upgraded the bar of gaming on a laptop and effectively reduced the performance gap between gaming desktop and notebook machines. Unfortunately, due to the lack of upgradability on a notebook, the performance will eventually slow down when more graphically intensive gaming titles are announced in the distant future. However, ASUS has announced its ROG XG Station 2, which is a GPU enclosure designed to play nicely with your gaming laptop and upgrade the graphics performance of that machine.

Like several GPU enclosures, the ASUS ROG XG Station 2 connects to your notebook through a single Thunderbolt 3 output using a Type-C USB interface. This means that the gaming laptop will also need to have a Thunderbolt 3 port, otherwise you will be fresh out of luck. However, several new notebooks have started to appear sporting these new ports, but there is yet another hurdle that has appeared in your path. 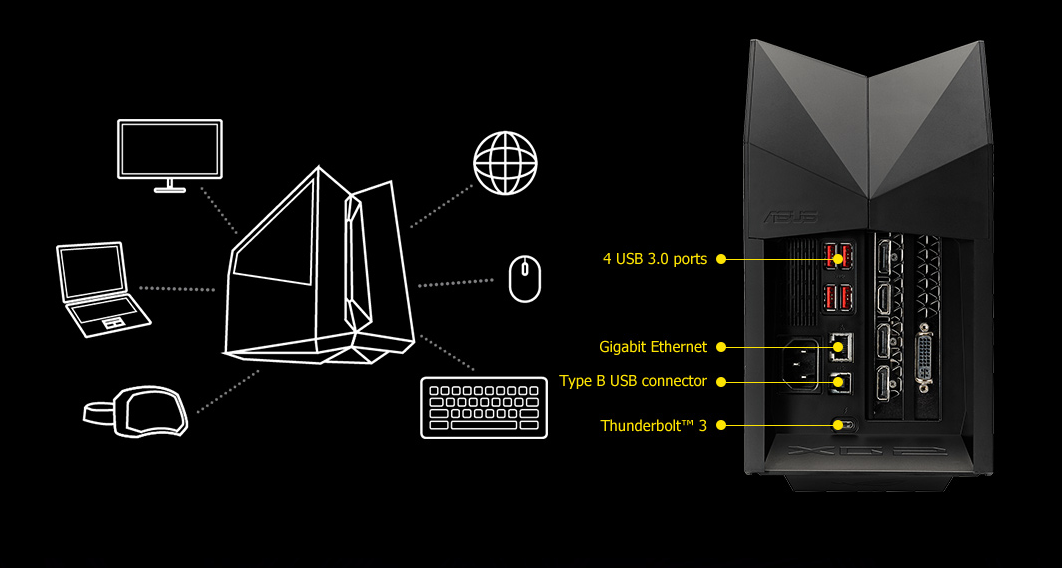 The ASUS ROG XG Station 2 isn’t going to be compatible with all notebooks, even though those machines feature a Thunderbolt 3 port. The list of notebooks that are currently compatible with the GPU dock are listed as follows:

Further information has been listed by the company:

Please ensure the Thunderbolt 3 firmware and system BIOS of your laptop has been updated to support ROG XG Station 2.

All models listed above are slated to support ROG XG Station 2 by the beginning of 2017. Please check the exact product availability in each country with ASUS local representative.

The manufacturer does state that all compatible notebooks’ list is going to be updated in 2017, so it probably means that ASUS is working with other manufacturers to help promote the product as much as possible. Pricing details are currently unavailable, but we’ll continue to update you on the matter. If you want to check out the specifications of the ROG XG Station 2, all the important info has been listed below:

If more and more products become compatible with the Station 2, would you end up purchasing it? Let us know your thoughts down in the comments right away.