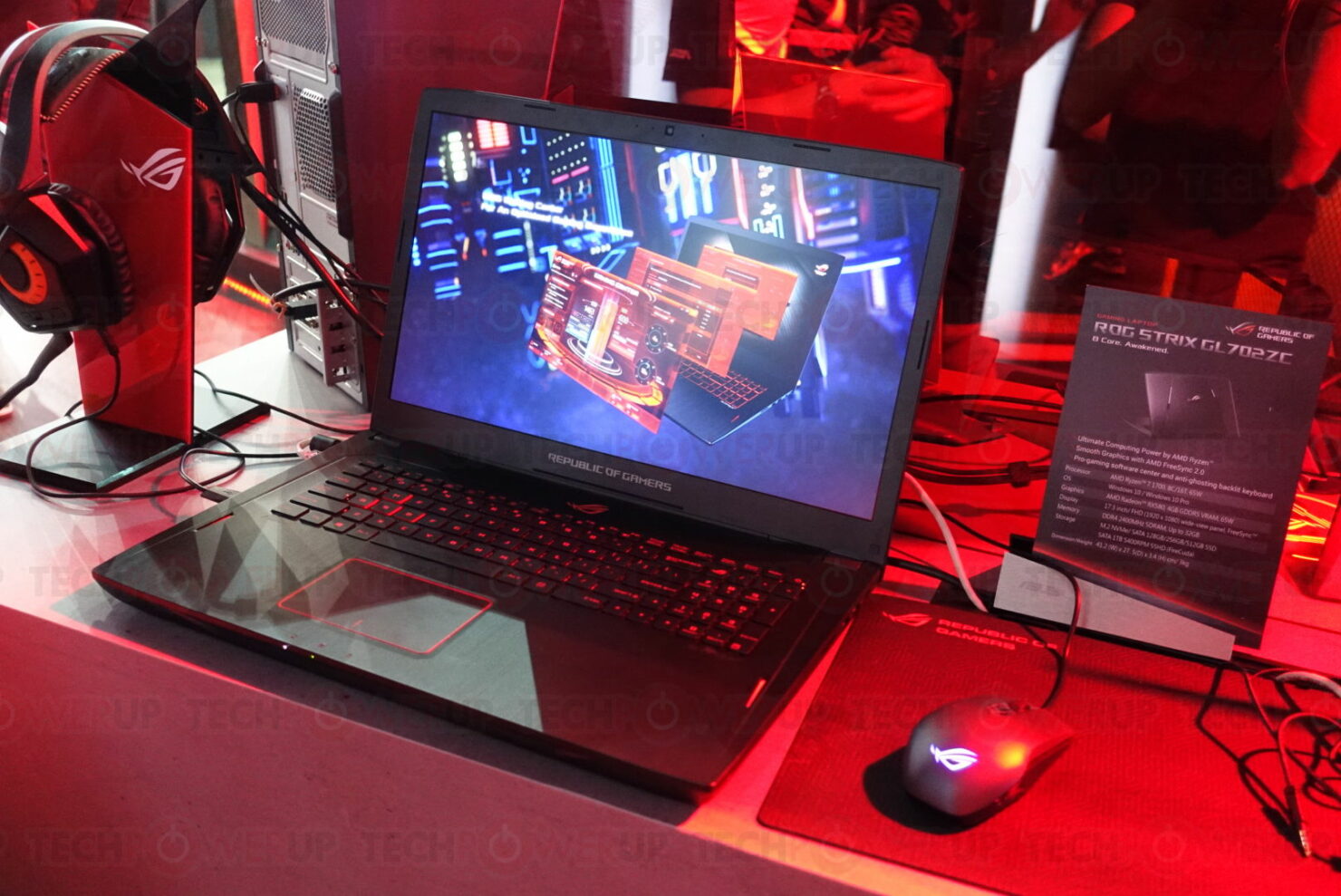 ASUS is the first manufacturer to unveil the latest AMD Ryzen powered ROG STRIX gaming high-end notebook for consumers. Not only does the ASUS ROG STRIX notebook feature an AMD Ryzen CPU but also features AMD's Polaris 20 based GPU.

While ASUS also displayed Intel and NVIDIA based ROG STRIX gaming notebooks at their booth, the one based on AMD specs has gained quite some attention. Pictured by Techpowerup, the ASUS rog STRIX GL702ZC is a high performance notebook that is aimed at the gaming market. It features slim design form factor and has some really decent specifications.

Powering the display is a 17.3 inch, Full-HD (1920x1080) wide-view panel with AMD Freesync 2.0 which is always nice for gaming. The laptop can be equipped with up to 32 GB of DDR4 memory with speeds of 2400 MHz (SDRAM). In terms of storage, the laptop packs a whole Terabyte of SSHD (5400 RPM) and also features a primary NVMe M.2 drive with capacities available up to 512 GB.

The whole thing weighs in at just 3 Kg which can be carried with relative ease. The keyboard comes with anti-ghosting, backlit keys which are also a plus. No words on the pricing or availability have been mentioned but it's nice that we are finally getting high-performance AMD based notebooks from hardware manufacturers. Expect to see more of these at Computex.