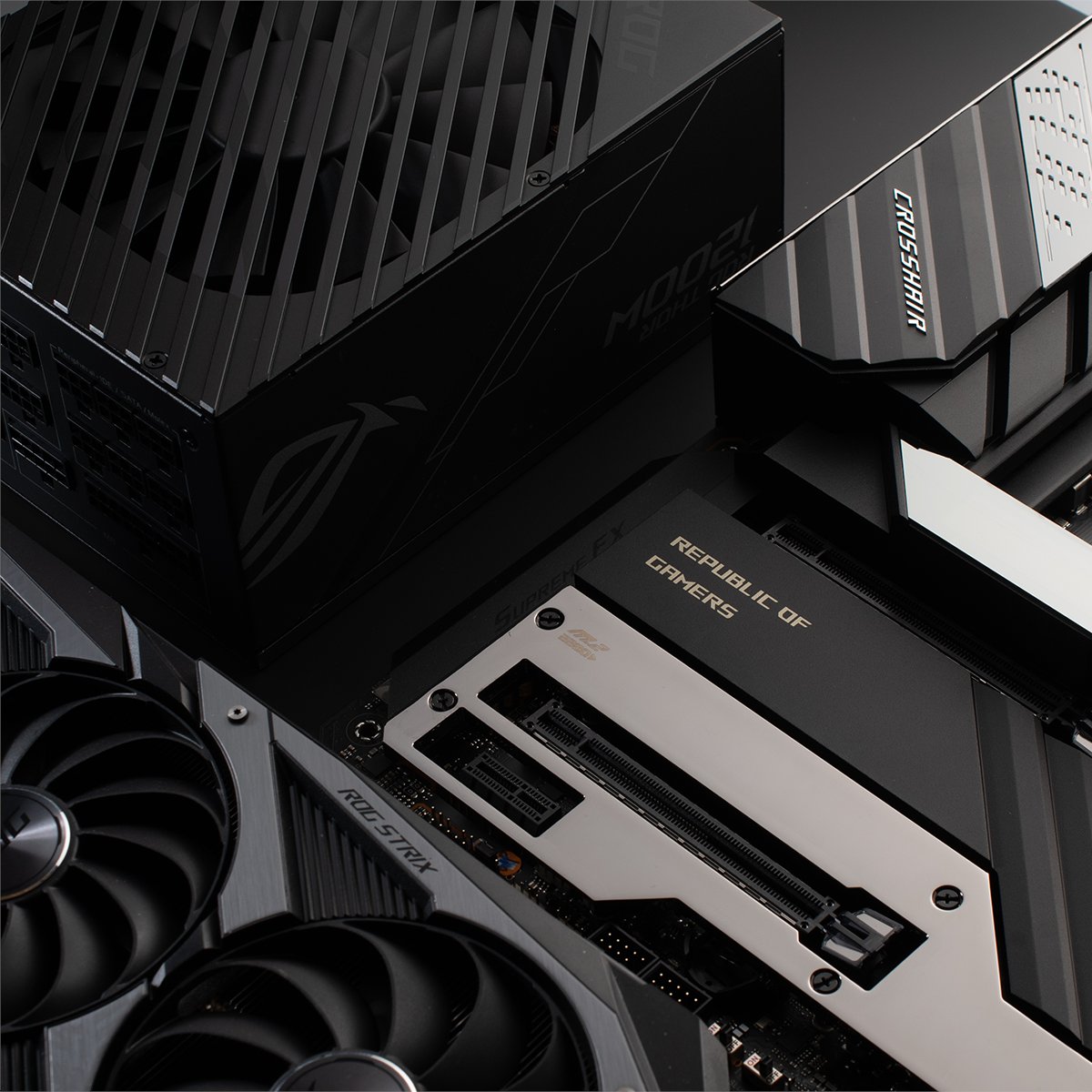 Starting off with the specifications, the ASUS ROG Crosshair VIII Extreme is everything you should expect from a flagship AM4 motherboard. It adopts a high-end 18+2 phase design which is made up of titanium power stages that are rated for 90A. The CPU is supplied juice through a dual 8-pin connector configuration and two large aluminum blocks cover the VRMs which are interconnected by a chunky heat pipe. The AM4 socket sites in the center with four DDR4 DIMM slots at the right side of the motherboard which will be able to support some really high-speed ram speeds & total capacities of up to 128 GB. 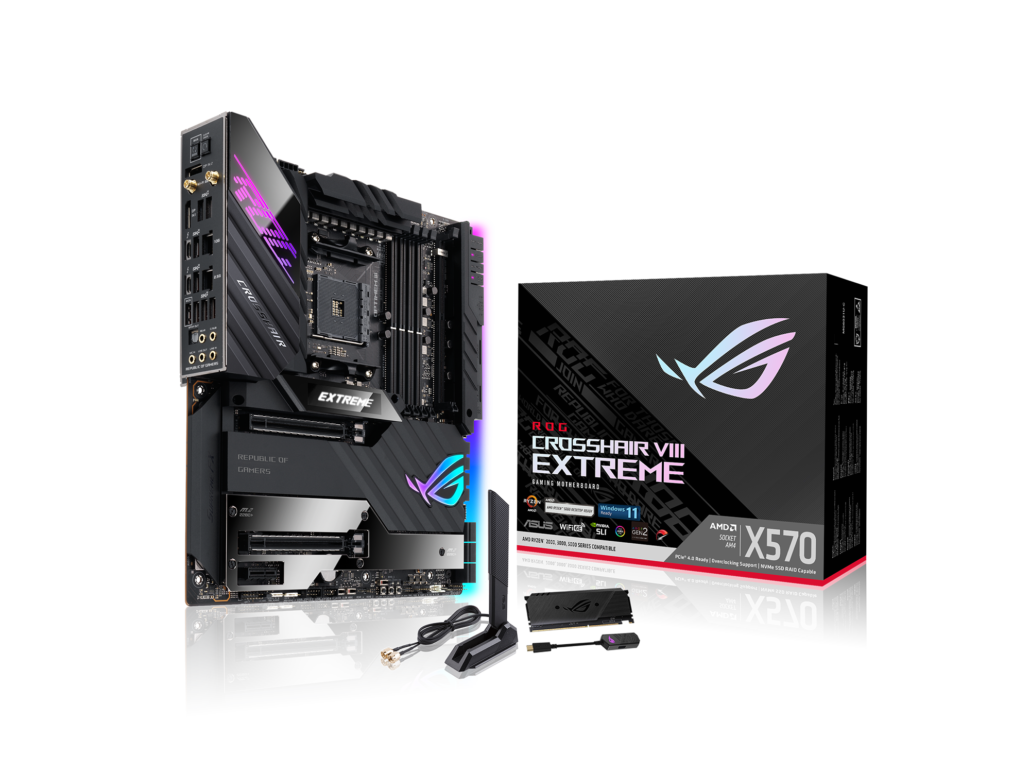 The motherboard comes in the E-ATX corm factor and has several diagnostic switches next to the DIMM.2 connector which is able to house a few extra M.2 slots. 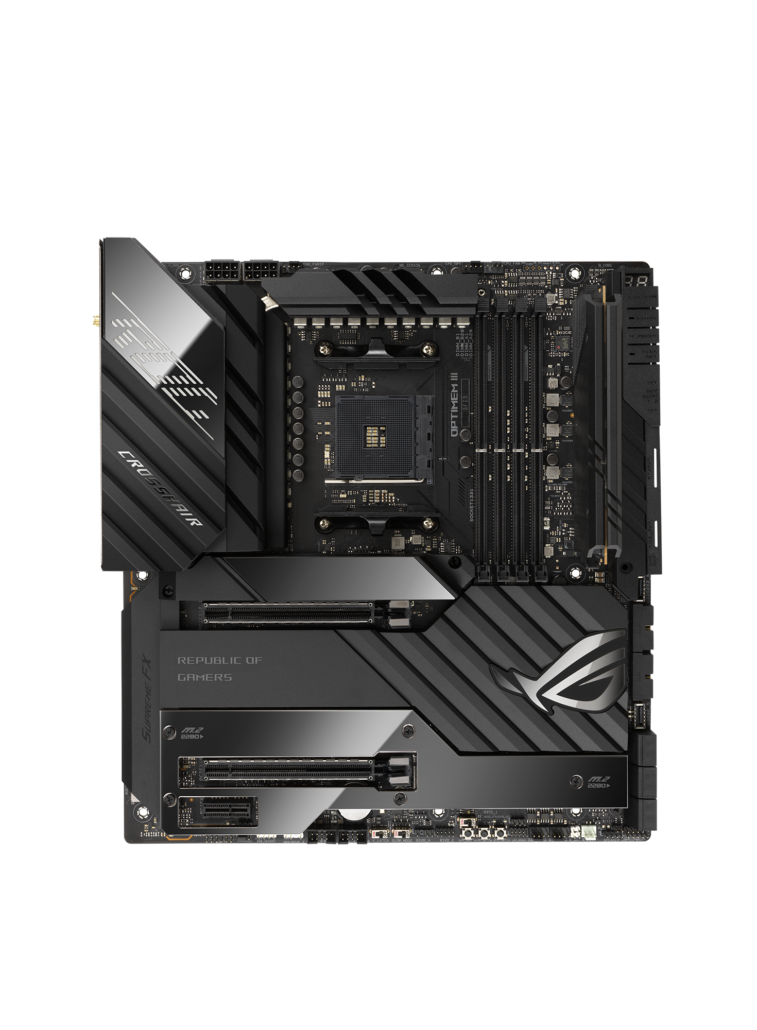 As for the I/O, the ROG Crosshair VIII Extreme features WiFi 6E capabilities with 7 USB Gen 3.2 Gen 2, 2 Thunderbolt 4 (Type-C)ports. There are dual LAN switches for 10Gbe (Marvell AQtion AQC113CS) and 2.5Gbe (Intel I225-V) networking and a 7.1 channel HD audio jack which is powered by the ALC4082 codec. The I/O also includes two DP (In) connectors. It wouldn't be a Crosshair motherboard without the Q-Flash and reset switches on the rear panel either.