A Picture showing ASUS's upcoming High-End "ROG Crosshair V Formula" has been revealed. The picture shows the motherboard itself sitting alongside the ASUS "Sabertooth 990FX" Motherboard which we detailed here. The motherboard has the traditional ROG series theme with combination of Red and Black colors. The heatsink on the Southbridge has a large ASUS sign along with a "Republic of Gamers" Logo. 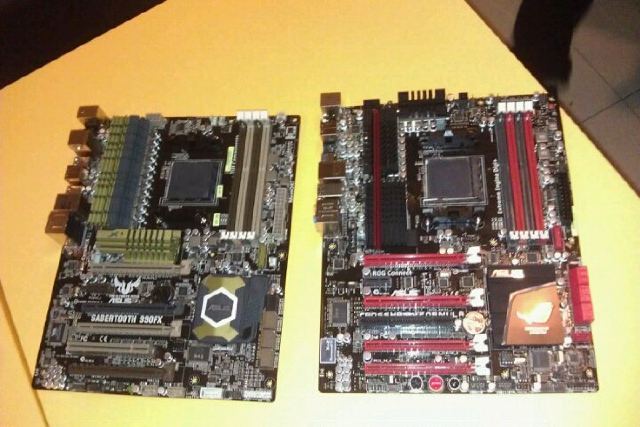 Details of the motherboard were already leaked, It features the AMD 990FX +SB950 chipset which will support the AMD's upcoming Bulldozer based Zambezi-FX Processors. Powered by a 8+2 phase (Digi+) VRM area which is cooled down by a large heatsink connected via heatpipe to transfer heat for better thermal designs. The motherboard as seen comes with 4 PCi-e x16 slots running at (16x/16x @ Dual Mode) (16x/8x/8x @ Triple Mode) while one PCI-e slots runs at x4 mode allowing Quad-Way SLI/Crossfire for Nvidia/AMD GPU's. A conventional PCI Slot is also added.

A total of 7 Sata 6Gbps ports are included while 1 x e-Sata 6GBps is added on the I/O panel. Connectivity ports include 6 USB 3.0 (2 Front) and 12 USB 2.0 ports, Gigabit Ethernet LAN and 8 Channel HD powered by Supreme FX XFi -2. ASUS will also add some exclusive utilities for its ROG based motherboard which will allow better overclocking and tweaking environment such as Asus Turbo V Evo, CPU Level Up, MEM OK!, Voltminder LED etc. The board will be previewed and launched at the upcoming Computex 2011 event. 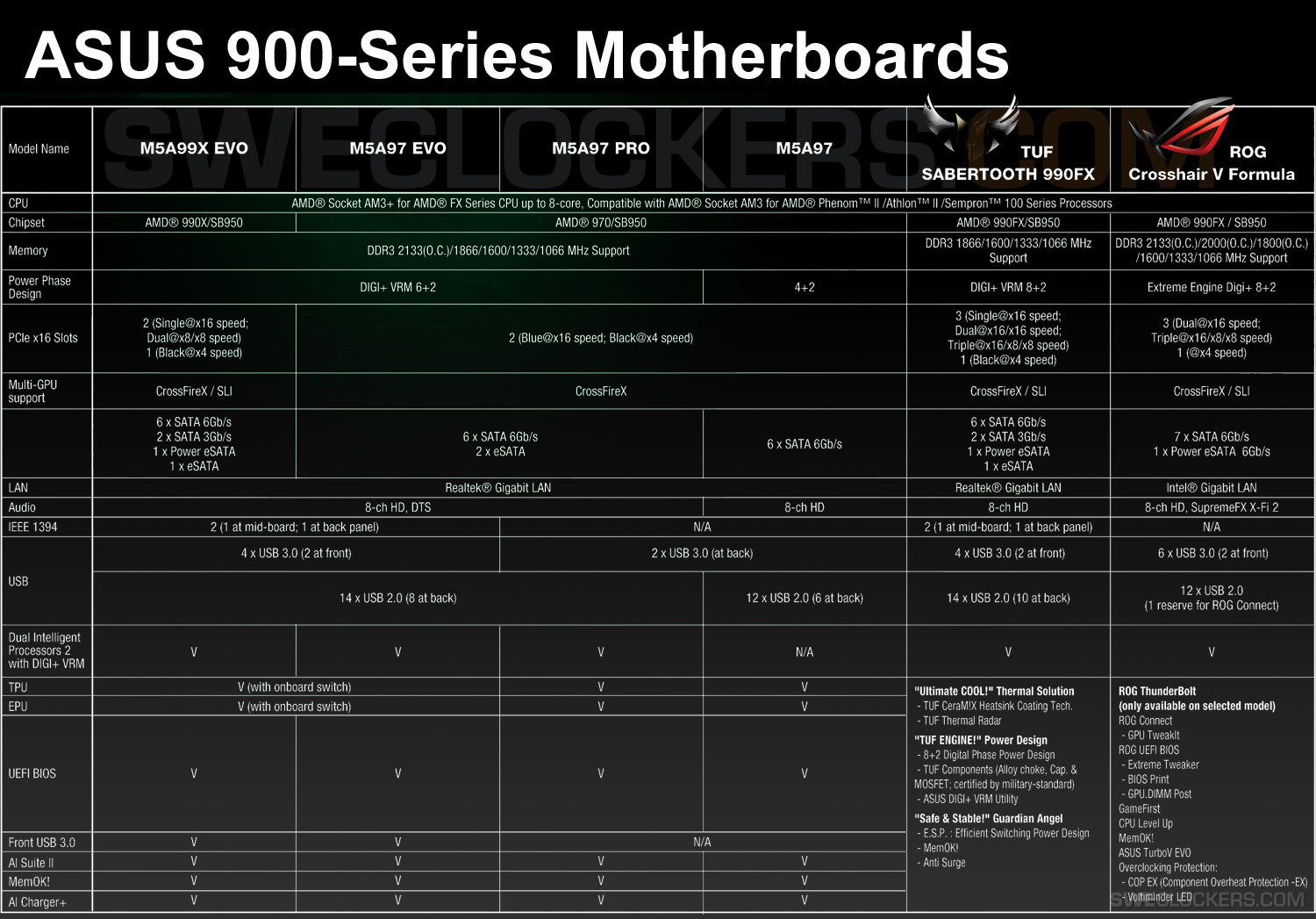