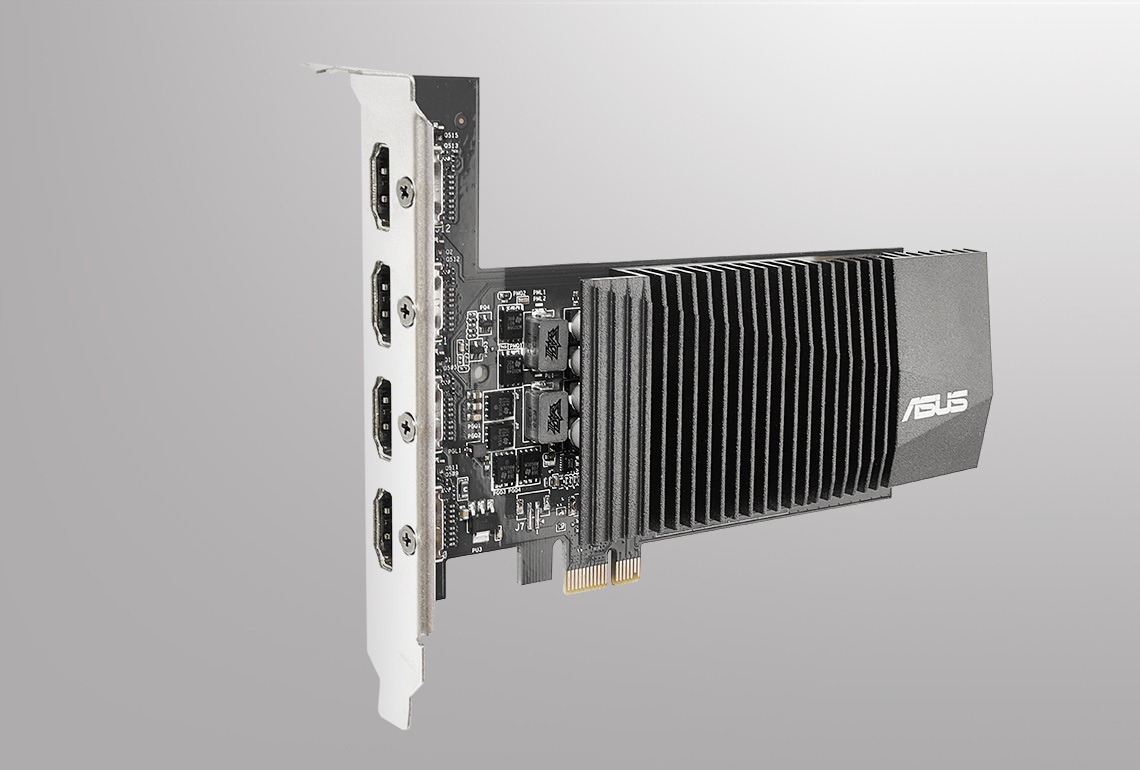 ASUS has released a revised version of the GeForce GT 710, a graphics card that launched back in 2016. The updated version of the graphic card has a new PCB and features more modern display output ports. This updated version is called the GT710-4H-SL-2GD5, which succeeds the GT710-SL series graphics card. One main use of these cards isn't for the graphical power they provide, but these cards are most likely going to be used for its extra display outputs. 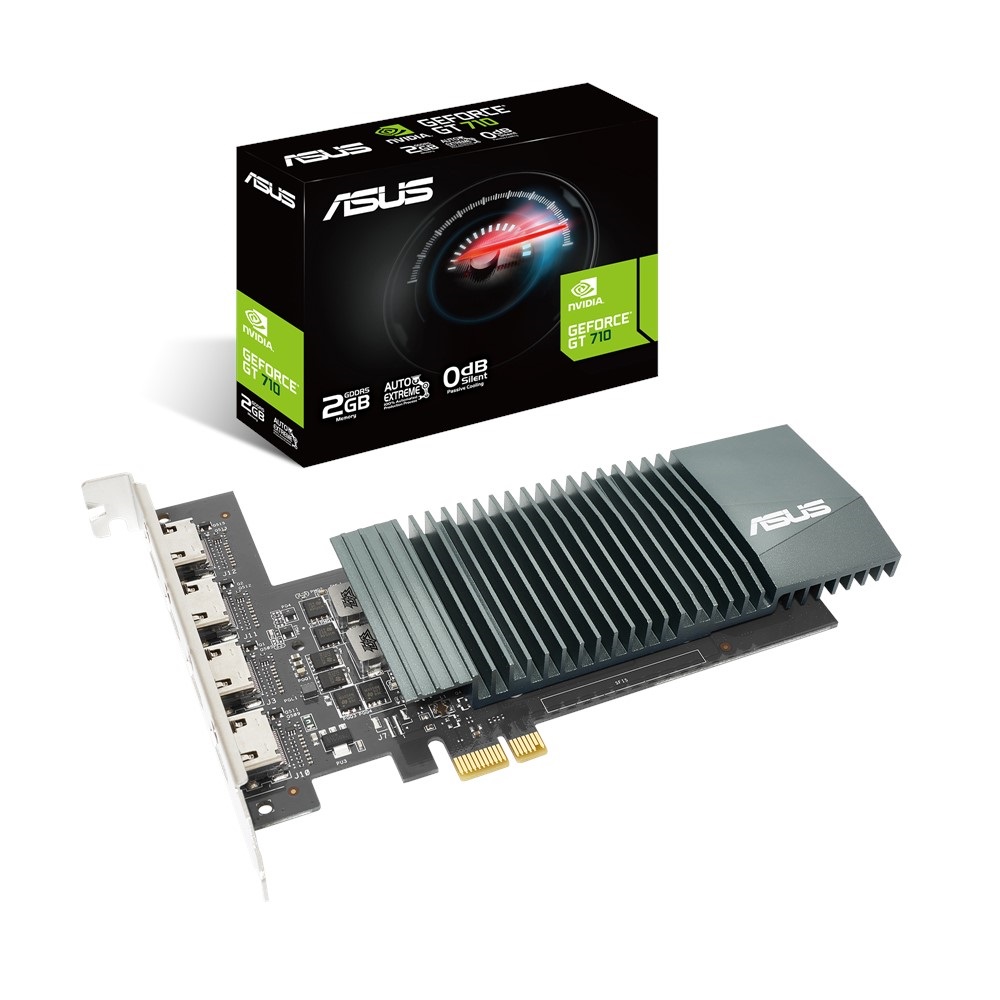 The updated GT 710 features four HDMI ports, which make this card perfect for a multi-monitor setup. These HDMI ports offer compatibility for 3840 x 2160 resolution at 60 Hz for a single monitor, or for more than two monitors, and the max resolution is 3840 x 2160 at a refresh rate of 30 Hz. This card features 2 GB of GDDR5 video memory while the 192 CUDA cores based on the Kepler architecture are clocked at 945 MHz.

This card is created using Auto-Extreme Technology, and this technology is an automated manufacturing process that allows all the soldering to be completed in a single pass. This new type of manufacturing reduces the thermal strain on components and avoids the harsh chemicals which were used when cleaning up past soldering passes. This manufacturing also results in less environmental impact, lower manufacturing power consumption, and just makes an overall more reliable product.

This card also features GPU Tweak II, and this software allows users to easily tune everything from GPU core clocks to voltage settings, which also has an option to monitor these settings in real-time. No pricing for this card has been announced at this point, but the expected price will be roughly $40 - $60.