ASUS has revealed their upcoming passively cooled variant of the Geforce GTS 450 Graphics Card which would feature the company's well known "DirectCU" series heatsink. The Asus GTS 450 Direct CU is based on Nvidia's 40NM GF-106 Fermi Core featuring top of the line DX11 performance, The card will be aimed towards causal gamers and media PC's.

The DirectCU variant would also feature a smaller sized PCB with trimmed down circuit board allowing for lower power consumption at the cost of core/memory clocks which have been lowered down to 594mhz while the memory operates at 1600mhz along a 128bit wide 1GB GDDR5 memory interface.

The cooler uses a large aluminium heatsink which covers the whole length of the PCB making use of ASUS's Direct Contact Technology through which heat is transferred from the contact surface to two heat pipes leading towards the large aluminium array. Air flow lets the heat transfer outside the PC case hence cooling the card. Display adapters include DVI, HDMI and D-Sub connectors. The card is expected to launch this month however pricing has not been detailed. 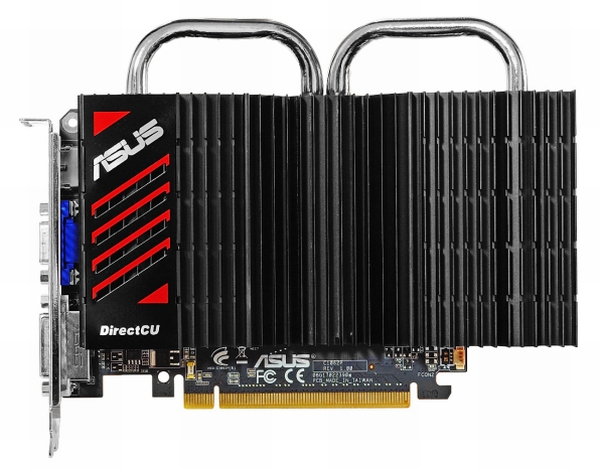