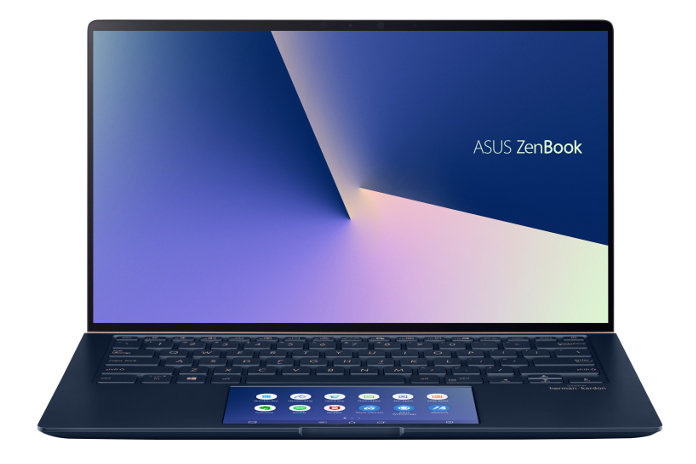 Recently, the trend with laptops has been dual screens. Companies have hopped on that bus to include a second screen such as HP with a 6" screen on their Omen 2X S. We also have Dell who has put a dual-screen device with two full-size screens on their roadmap for mid-2020. Asus has come in with the Zenbook Pro Duo which provides an excellent middle ground in between those two options with a large screen above the keyboard.

Asus calls that second display the ZenScreen Plus, an extension of the technology it has used for ZenScreen in mousepads previously. On the Pro Duo, it’s 14 inches diagonally, and it’s 12.6 inches on the regular Duo which much larger to HPs take on a second screen.

The display has its own touch screen app drawer, which can also be used to save windows arrangements for easy productivity and organization, suited very well people in the business industry. In one demo, there was a profile that opened up a travel site on the top screen with a calendar and a map on the bottom to decide when and where to go which is quite impressive. 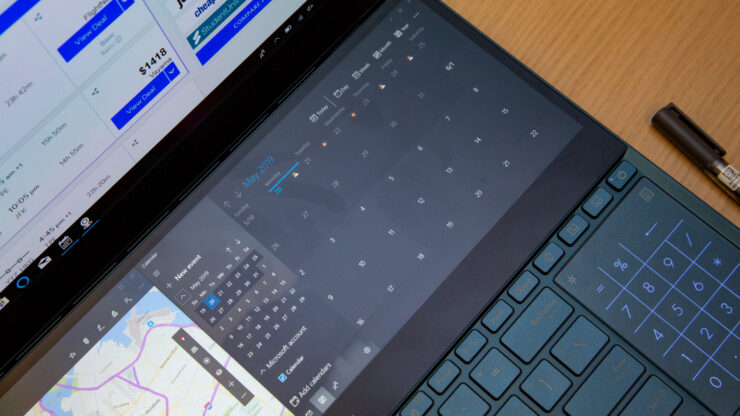 Asus has been having a good run at Computex so far with many great products including this one. You can check this product out at their booth which is booth M0410.