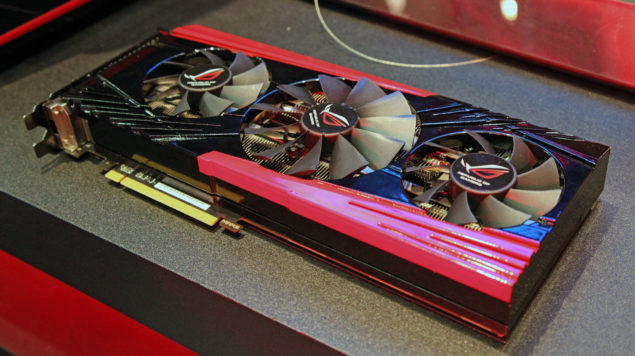 Update From TechPowerUp: We received an update from ASUS, clarifying that this card will not be released. The design was only displayed during a factory tour, to show ASUS craftmanship.

This year at Computex, ASUS revealed its MARS III GPU featuring a dual chip design based on the GK104 core architecture. Today, Expreview forums have unveiled the PCB design of this monstrosity which shows that the card is essentially a GTX 690 with a beefed up power area.

Each GPU (GK104-400-A2) will have its own 8+2 Phase VRM design which totals to 20 Phases on the board. Power would be provided through three 8 Pin connectors which shows the card would consume over 500Watts of power.

The card features 8GB of GDDR5 memory running across a 256-bit wide interface, Display is provided through 3 DVI and a single mini display port. A card of this much power requires a hefty cooling design, ASUS has developed for this purpose a dual slot cooling design which is provided air through three PWM controlled fans and a large aluminum heatsink array which provides copper contact to each GPU and features multiple heatpipes.

Clock frequencies are not known yet but we could say that they would be clocked higher than the reference GTX 690 specs, As for launch and price, none of them are known yet. 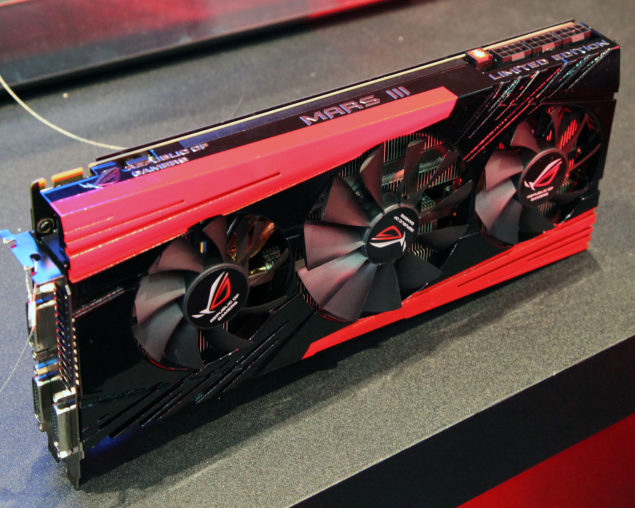