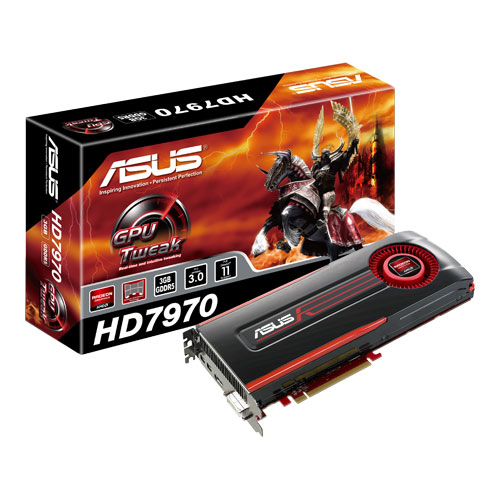 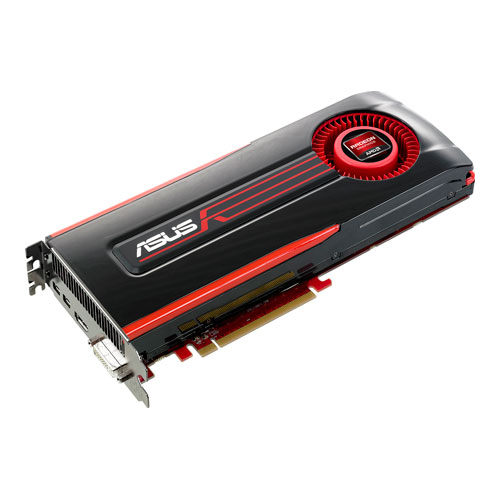 The ASUS Radeon HD 7970 is based on a reference design, packing 2048 Stream Processors. Core clock is set at 925Mhz and Memory clock at 5500Mhz ( 1375 MHz GDDR5 ). The card supports a 384-bit wide memory interface which allows for a 3GB Memory buffer which is ideal for Multi Display and AMD's Eyefinity Monitor Setups.

ASUS Radeon HD7970 is available for $550US. For more details on the product, Go here.