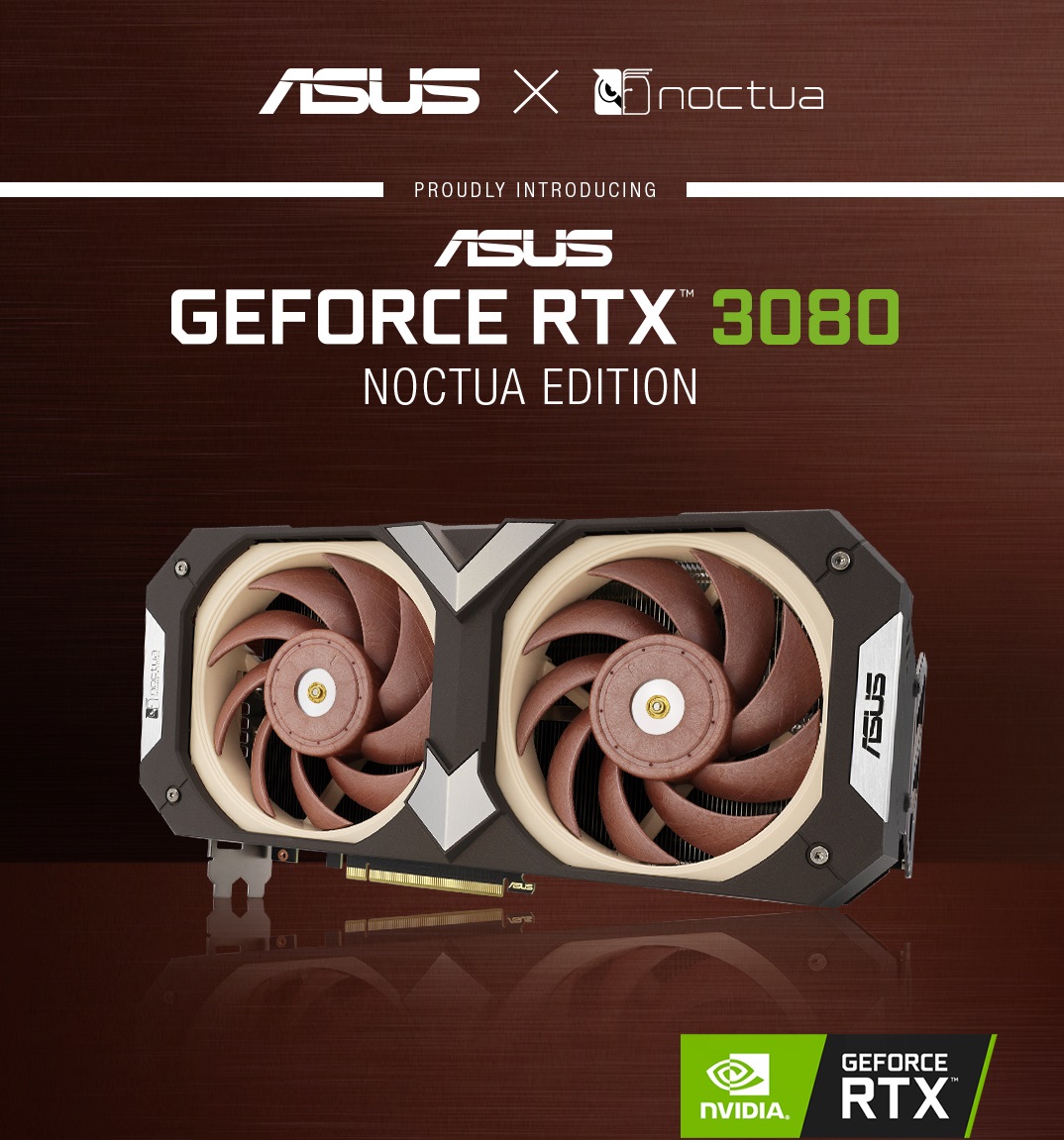 Press Release: Following the resounding success of the ASUS GeForce RTX 3070 Noctua Edition, the Noctua Edition of ASUS’ GeForce RTX 3080 is the second graphics card to feature Noctua fans and a heatsink that has been co-engineered by Noctua. By switching from the stock three 92mm fans to two of Noctua’s award-winning NF-A12x25 120mm units and by tailoring the heatsink to make the most out of the fans’ superior aerodynamic performance, thermals and acoustics of ASUS’ original TUF Gaming GeForce RTX 3080 could be improved significantly for the Noctua Edition, making it the quietest card in its class. 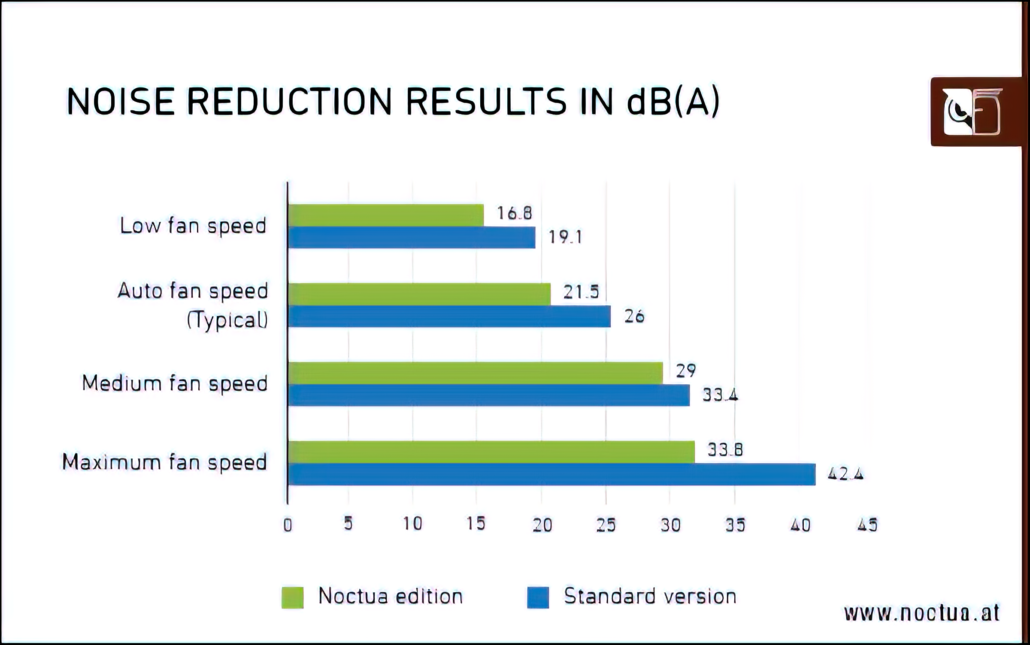 When running the fans at their maximum speed, like it might be required in worst-case situations such as when fully stressing the card in poorly ventilated cases or with very high ambient temperatures, the reduction in noise levels is 8.6 dB(A) and the memory still runs 12°C cooler. At medium fan speeds, the Noctua Edition improves both GPU and VRAM temperatures while running more than 4dB(A) quieter.

In sum, the Noctua Edition provides lower noise levels across the entire speed range with the most prominent improvement of almost 9dB(A) at maximum fan speed and 2-5dB(A) at lower speeds. 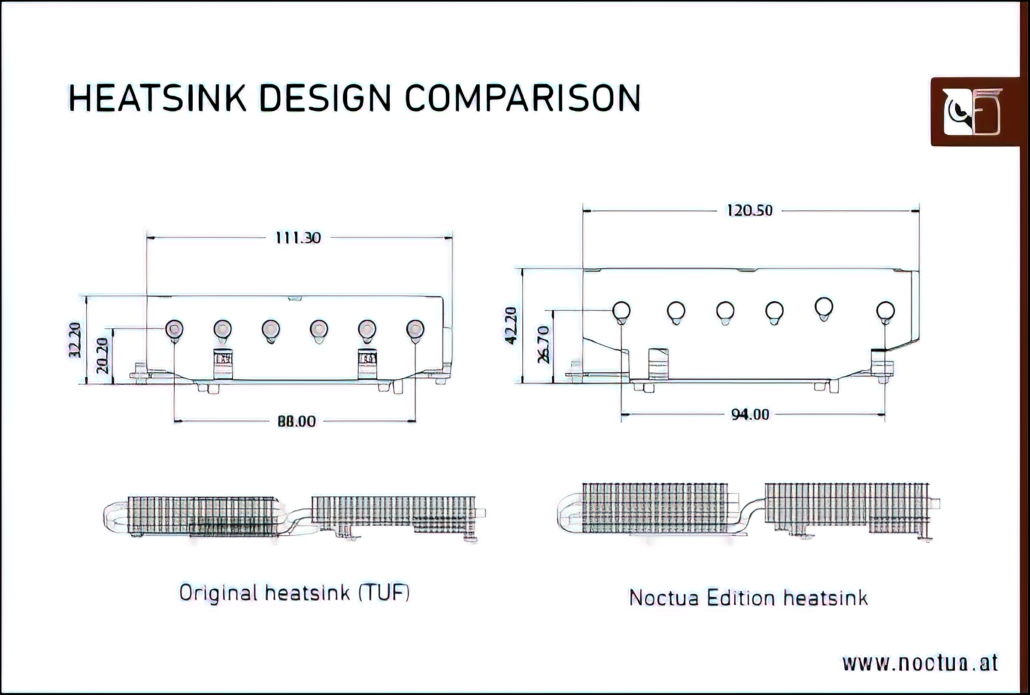 This way, via the copper base and six heat pipes, the heat emitted by the memory chips is transferred to the same large fin-stacks as the heat emitted by the GPU. Cooled by the two NF-A12x25 fans, these large heatsinks are much more efficient than the separate smaller ones used on the original design, which leads to a better balance between GPU and VRAM temperatures and avoids situations where memory cooling may become a bottleneck. 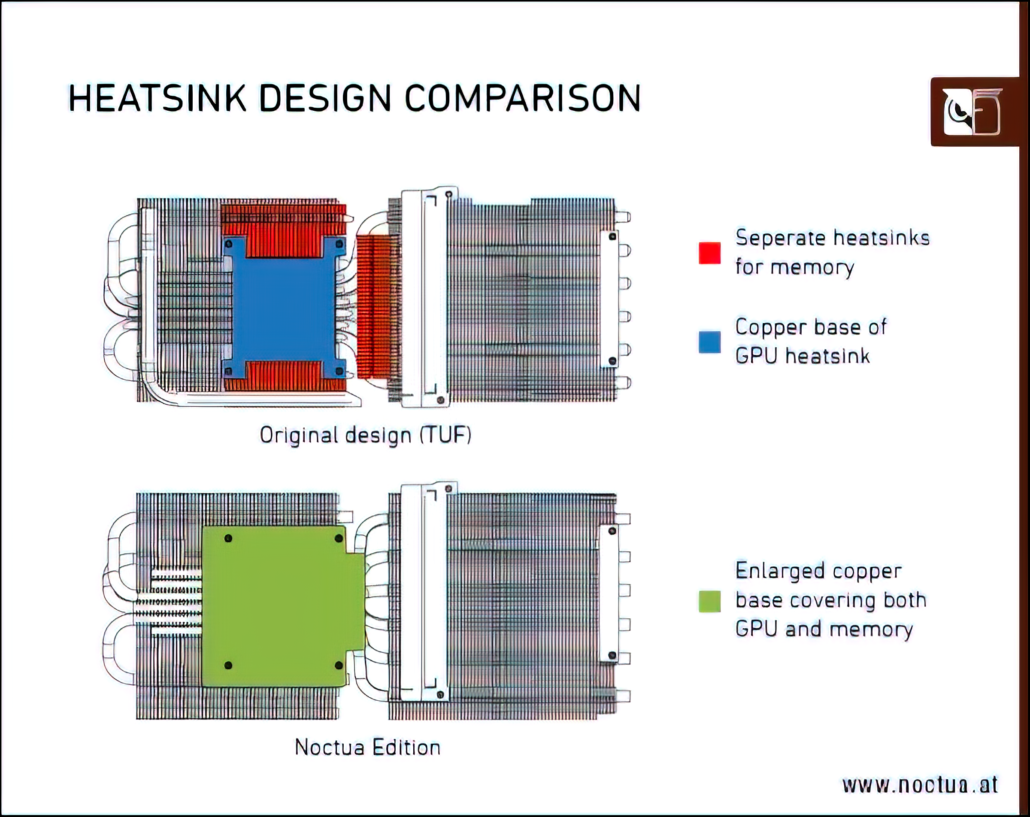 Like the GeForce RTX 3070 Noctua Edition, the GeForce RTX 3080 model features a dual BIOS that enables customers to switch between a performance profile that provides the lowest GPU temperatures and a quiet profile that allows slightly higher temperatures in order to achieve the best possible acoustics. Catering to the demands of Noctua’s customers, the quiet profile is set as the default.

Reducing the thermal output of the card, undervolting can make it possible to let the card run even quieter. For example, reducing the GPU voltage by around 100mV can drop the GPU temperatures by several degrees and thereby widen the thermal margin to slow the fans down even further. 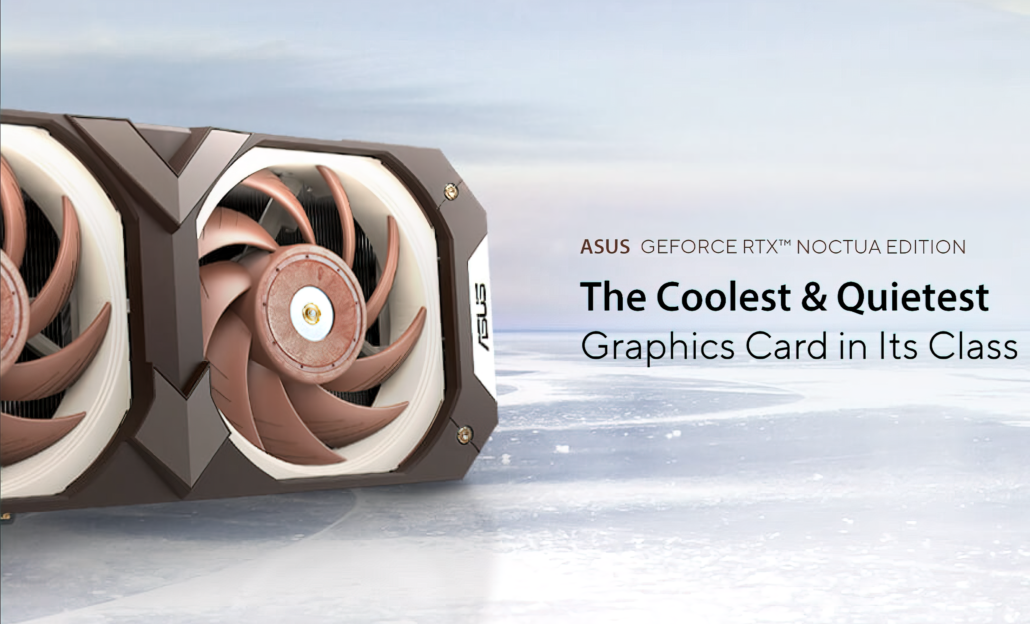 The GeForce RTX 3080 Noctua Edition features a semi-passive fan control setup (ASUS 0dB technology) that can switch the fans off completely whenever the GPU temperature goes below 50°C. This means that in typical configurations with low to moderate ambient temperatures and well-ventilated cases, the card can run entirely fanless at lower GPU loads such as during office productivity tasks, web browsing, or even light gaming. Even at high GPU loads such as during gaming or benchmarking, the fan speeds will stay extremely low as long as the ambient temperature inside the case isn’t excessive.

In summary, the ASUS GeForce RTX 3080 Noctua Edition is the ideal card for quiet cooling enthusiasts who demand serious GPU performance without sacrificing the quietness of operation.