The Milky Way galaxy is full of surprises and many still have to unfold themselves. Only recently an international team of astronomers came across a “stellar void”. This void is almost at the centre of the galaxy and has no young stars at all. These young stars are commonly referred to as the Cepheids. According to the find, Cepheids may be present inside the ‘heart’ of the Milky Way but no young stars have been found in the surrounding region that stretches for approximately 8000 light years from the galaxy’s centre.

Team member Noriyuki Matsunaga from the University of Tokyo said:

“We already found some while ago that there are Cepheids in the central heart of our Milky Way (in a region about 150 light-years in radius). Now we find that outside this there is a huge Cepheid desert extending out to 8,000 light-years from the centre."

I am sure you’re all wondering what all this fuss is about. Cepheids, though rarely ever heard of, are important to astronomers. Astronomers use these young stars that are sometimes just 10 million years old, to calculate how far away they are. Their pulses are bright enough to make these calculations possible. The distance and structure of stars helps understand how the universe initially formed. When the team started work and looked for these Cepheids, they used near infrared observations from a telescope in South Africa. On these searches they came across a large region of space around the galaxy’s centre that seemed to have no young stars present at all. 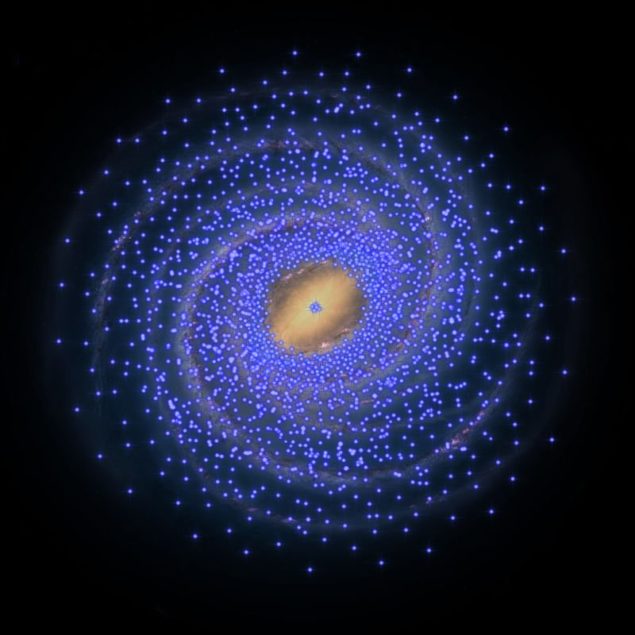 Another team member, Giuseppe Bono from the University of Rome II said,

“The current results indicate that there has been no significant star formation in this large region over hundreds of millions of years. The movement and the chemical composition of the new Cepheids are helping us to better understand the formation and evolution of the Milky Way."

This gigantic ring around the centre of the galaxy, the Extreme Inner Disk is completely devoid of Cepheids and when we refer to the ring as gigantic, it really is gigantic. George Dvorsky explained this for Gizmodo and said,

"They have found that outside this region there’s a huge Cepheid desert extending for a whopping 8,000 light-years from the centre. To put that into perspective, the Milky Way itself measures 100,000 light-years across. That’s a whole lotta space with virtually nothing within it. Kinda spooky when you think about it."

How this region formed is still up for a lot of debates and a lot of researches have to be carried out to actually determine why this region exists. Michael Feast from University of Cape Town said, “"Our conclusions are contrary to other recent work, but in line with the work of radio astronomers who see no new stars being born in this desert.” This discovery is just the start to yet more discoveries. Till more substantial evidence and research is done, we can never truly guess as to why this place exists, what is its purpose, does it create some sort of a balance, well, we would never know for a while. Till then, we just have to wait.