PC Players Can Get Free Premium Assassin’s Creed Valhalla Gear Sets, Including Yet to be Released Ones 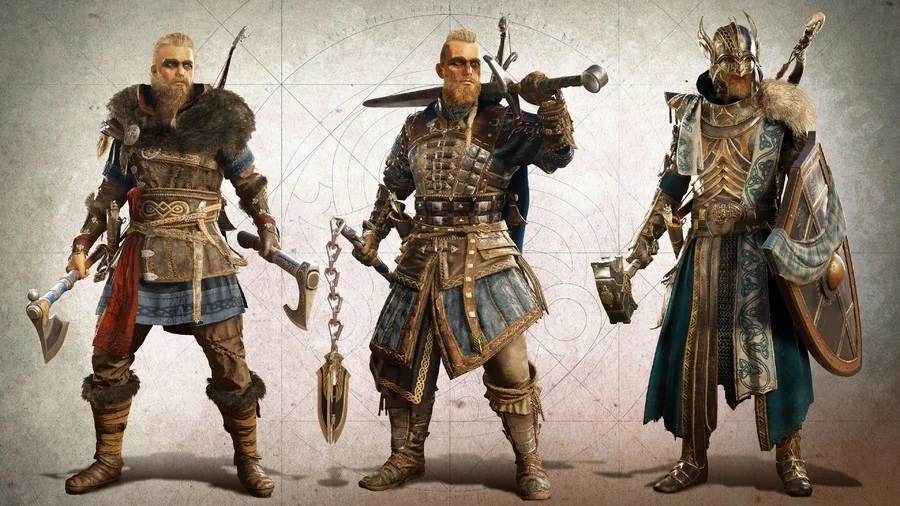 From the looks of it, Assassin's Creed Valhalla PC players can get free access to premium in-game cosmetics for Eivor, including sets that have yet to be released.

Yesterday we reported on the all-new Eivor Customizer which allows PC players to customize the game’s protagonist using assets from NPCs, and today we wanted to share another mod for Ubisoft’s latest Assassin’s Creed installment.

Created by modder ‘Budabum’, this Cheat Engine table for the PC version of Valhalla allows players to add items based on a particular ID number. This spreadsheet does not only provide access to released premium gear sets but also sets that have yet to be released, including the iconic Ezio outfit from Brotherhood and the rather beastly Wolf outfit.

Unfortunately, I don’t have access to the PC version of the game, but Eurogamer reporter, Emma Kent, posted some screenshots of her wearing the premium Valkyrie, Berserker, and Huldufolk sets. These cosmetics will normally set you back 2000 Helix credits but could be accessed for free by using the new Cheat Engine table. We’ve included some of the screenshots posted by Eurogamer down below:

We’re pretty sure that Ubisoft did not intend these items to be available for free, but to date, similar mods for previous Assassin’s Creed installment are still available.

Those interested can download this new Cheat Engine table for Valhalla through Nexsmods. As always, please use this mod at your own risk.