For a video game series that had its following left in despair after the release of its latest title last year, Ubisoft’s Assassin’s Creed sure needs a chapter that leaves no cracks for fans and critics to complain about. Assassin's Creed Syndicate is expected to be that game, one that would offer some fresh, flawless open world stealth-action gameplay to players. The setting, narrative, gameplay, and newly added features of the game so far seem appealing, but that is not all. It seems like Ubisoft has decided to put some icing on the cake for PlayStation 4 players. 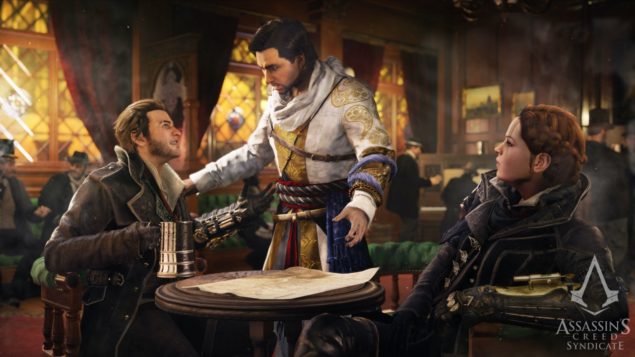 Unlike PlayStation 3 that enjoyed its fair share of 3D game content with many stereoscopic 3D compatible video game titles such as Killzone 3 and Uncharted 3, Sony’s latest PlayStation 4 console, despite having the feature, has no game to offer that allows players to enjoy it using the stereoscopic 3D functionality. However, it looks like that is about to change as Assassin's Creed Syndicate, a historical action-adventure open world stealth game that launches globally later this year, will likely allow players to experience stereoscopic 3D on the PlayStation 4 console.

The official listing on PlayStation Store for Assassin's Creed Syndicate suggests that along with other common technical features, the upcoming stealth-action game will support stereoscopic 3D functionality, allowing players to experience the all-new gameplay in 3D. If the listing is accurate and this isn’t just an error in the writing, Assassin's Creed Syndicate will be the first major next-gen exclusive game to offer 3D gameplay experience. However, Ubisoft has never spoken a word on this topic, so unless Sony declares this as an error in the listing or we hear about it officially from the publisher, we will only know for sure when the game launches.

Set in Victorian-era London, Assassin's Creed Syndicate follows the story of twins Jacob and Evie Frye as they maneuver through the space of organized crime, while industrial revolution and social inequality are on their peak. The game is set to launch on PC, PlayStation 4 and Xbox One later this year on 23rd October. Preorders for the game are available, alongside collector’s editions and other good stuff.