Assassin’s Creed Syndicate Will Let you Play as a Woman

Ubisoft made headlines last year for not including a female protagonists in Assassin's Creed Unity. Now almost one year after we get news that a playable female assassin will be available in the next iteration of the hugely popular series. 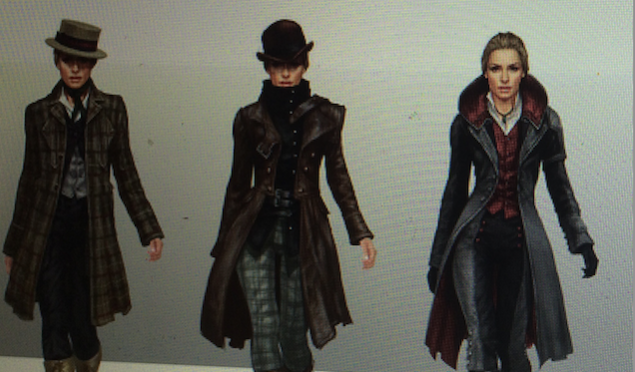 Assassin's Creed Syndicate will be officially revealed tomorrow, and will give players access to two characters: Jacob and Evie. The two characters are siblings, and they will be heavily involved in the criminal underworld of Victorian London.

The focus on single player, hopefully will provide a more balanced and complete title. To be fair a title like Assassin's Creed does not need multiplayer, and although some cooperative missions could be fun at times, the issues caused by implementing them, or the time in developing an entirely different playstyle is better spent elsewhere.

The teaser reveals a rather sleek-looking glove and hidden blade as well as the assassin wearing a knuckle duster on the other hand while holding a cane with a rather fancy gold bird head or rather a Rook. The message reads "Oppression has to End"

At the official site, the same message appears, as well as the sentences: "We Forge the Chains We Wear in Life" which is a quote from “The Cricket On The Hearth” by Charles Dickens, "God Save the Queen", "Strength Through Loyalty" and the word "Rooks", which is the type of bird on the assassin's cane. Perhaps some sort of new Creed.

Apart from some leaked screenshots of the game nothing else has been revealed other than the setting and period. The new Assassin's Creed will take place in Victorian London, which will potentially be one of the most interesting settings the franchise has ever visited.

It has recently been suggested that Ubisoft is working on implementing  "innovative asynchronous gameplay" into Assassin's Creed Victory according to the Linkedin profile of the game's associate producer, Daniel Palix.

Palix CV states that he led development on a pair of new features in the new game, including "an innovative asynchronous gameplay" and "some innovative Player Space". He explains however that the asynchronous mode is not confirmed.