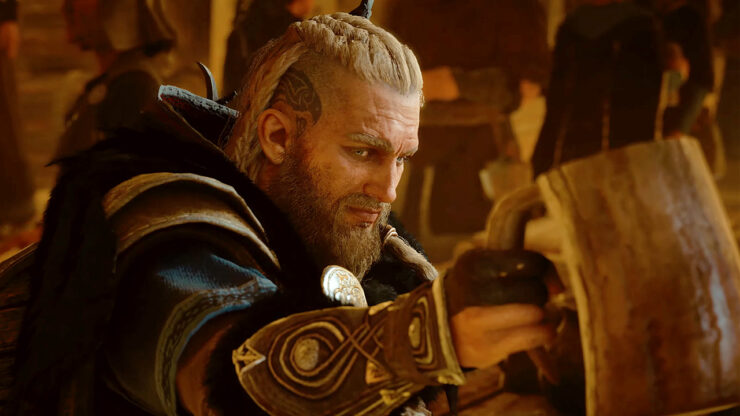 Earlier this month Ubisoft announced Assassin’s Creed Infinity, a new evolving live service game that represents a major shakeup for the AC franchise. Rather than offering new games annually or biannually, Assassin’s Creed Infinity will instead be updated with new content and settings, similar to how live service games like Fortnite and Apex Legends constantly refresh themselves. It’s a potentially-interesting idea, but will it mean the end of the meaty story-driven adventures AC fans have come to expect?

Not necessarily. During Ubisoft’s most recent earnings call (thanks to Video Games Chronicle for the transcription) CFO Frederick Duguet insisted Assassin’s Creed as fans know it isn’t going away.

[We’re] committed to staying true to the DNA of [Assassin’s Creed], meaning that we come with high quality narrative experiences. Regarding the project codename Infinity, we have exciting plans for the future that have the potential to significantly expand both the brand’s reach and the recurring profile while holding true to Assassin’s Creeds’ legacy of rich narrative experiences.

It will be interesting to see how, or if, Ubisoft managers to deliver the kind of stories they have in the past. Releasing a big game all at once allows you stretch you storytelling legs in ways that aren’t possible when you’re doing piecemeal updates. That said, that live service approach has its benefits as well. Meanwhile, at another point in the earnings call, Duguet also promised some exciting surprises for Assassin’s Creed Valhalla’s second year of content…

We are pushing the live service model to a level that allows Valhalla to be the best performer ever for the franchise to date, and we will be coming with exciting and new news and surprising [announcements], including for the second year of content.

Assassin’s Creed Valhalla is available now on PC, Xbox One, Xbox Series X/S, PS4, PS5, Stadia, and Luna. The game's The Siege of Paris expansion will arrive sometime this summer. Platforms and a release window have not yet been revealed for Assassin’s Creed Infinity.