Ezio Auditore da Firenze a name that will live in infamy, the character who helped make Assassins Creed game what they are today! After making the Assassins Creed 2 a constant thrill ride by stealing the reigns from Altair he made Assassins Creed 2 and Brotherhood some of the best games in the series. But now we say good bye an old friend in this upcoming movie which shows the end of days for our favorite assassin. There are even hints in Revelations that this could be Ezio's LAST game after all but what concerns me even more is whether we will see the return of Altair or a new assassin? or no new game at all? 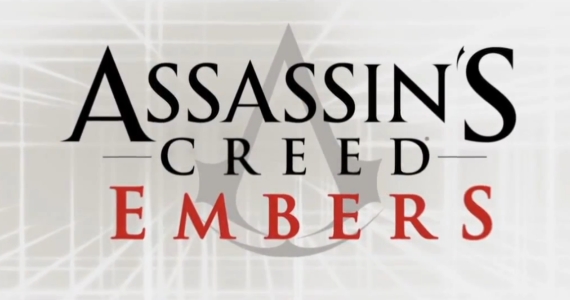 The trailer shows an animated Assassins Creed movie which shows Ezio at old age who looks like a family man but he still fears for his life and his family's but instead of sitting by and waiting idly he is going to take a final stand against the Templars and give his family permanent protection. While it is pretty obvious that Ubisoft is planning on making Assassins Creed : Revelations the last game based on Ezio one can only wonder many questions; who will be the next assassin? Will we see a new Assassin? Will it be Altair? Will there even BE a 5th game? all these questions can only be answered when Revelations releases. The game and the movie will release side by side on November 15th, it looks like Embers will be the epilogue to Revelations so at least we know Ezio lives to see the end of Revelations right?

I for one am definitely going to end Revelations and then watch Embers to avoid potential spoilers and I am also keeping my fingers crossed that Revelations surpasses Brotherhood and the Assassins Creed story continues.