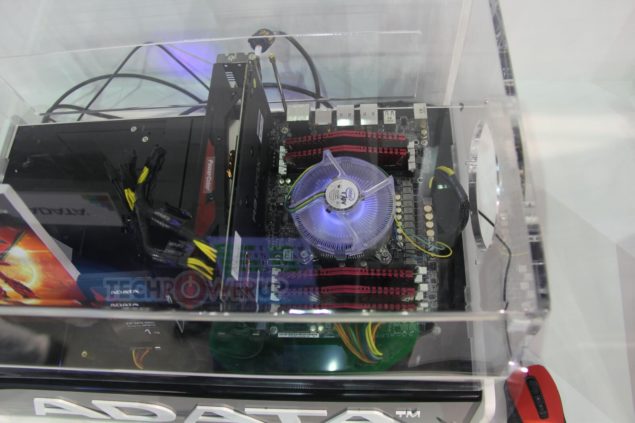 Images are courtesy of TechpowerUp!

Most of the details of the ASRock X99 motherboard were hidden but we still managed to decipher some features from the photos (courtesy of TechpowerUP). The ASRock X99 motherboard was running bare without any cooling heatsinks on the VRM. The motherboard has a 12 Phase VRM dedicated to the LGA 2011-3 socket which supports the Haswell-E processors such as the Core i7-5960X, Core i7-5930K and Core i7-5820K that will launch in Q3 2014. The CPU socket is powered by a single 8-Pin power connector while the socket has a total of eight DDR4 DIMMs slots, four on each side of the socket. There are some basic I/O connectors on the I/O panel while the board also features dual USB 3.0 headers, six SATA 6 GB/s ports, a single SATA Express port, a 4-Pin Molex and PEG power connector for adding more power to the expansion slots and tons of golden capacitors.

The rest of the motherboard details are hidden and I hope that ASRock will showcase the motherboard at their booth later on. As for the memory, its quite odd that the CPU-Z is reporting the memory to be running in Triple Channel mode while the motherboard allows Quad Channel support. The DDR4 memory modules were running at 1373.0 MHz DRAM frequency or 2746 MHz frequency at timings of 14-14-14-36 at 1.2V.

The memory modules announced will come in densities of 4, 8 and 16 GB. The operating voltage for the modules is 1.2 V. At the time of the announcement the company had claimed that low power consumption and high frequencies made the memory modules suitable for server, storage and networking applications. The presence of a close partnership with Intel towards development of memory modules supporting the Haswell-EP was also announced. Well, the company has released a picture showing a XPG memory module, and this can be expected to be the DDR4 module announced earlier. The ADATA XPG Z1 DDR4 memory modules will have up to 16 GB of memory. In addition, the power consumption rating for the modules will be 1.2 V, as reported earlier. Furthermore, the frequency is also to be 2133 MHz and the modules are expected to be shipped in various color’s to match user preferences.

The XPG V3 DDR4 also features a replaceable heat sink design to allow for further customization. The ADATA XPG Z1 DDR4 will however not be the only DDR4 module to be showcased at Computex. The company will also present it’s server grade DDR4 RDIMM, which supports Intel’s Xeon E5-2600 v3 series. The server grade memory is expected to have 16 GB density, 1.2V power consumption and 2133 MHz frequency.

ASRock didn't reveal the launch date or pricing on the board but we can expect it to be similar to a performance oriented X79 motherboard around the $299 – $399 US range. You can find the list of specifications for Haswell-E processors below: 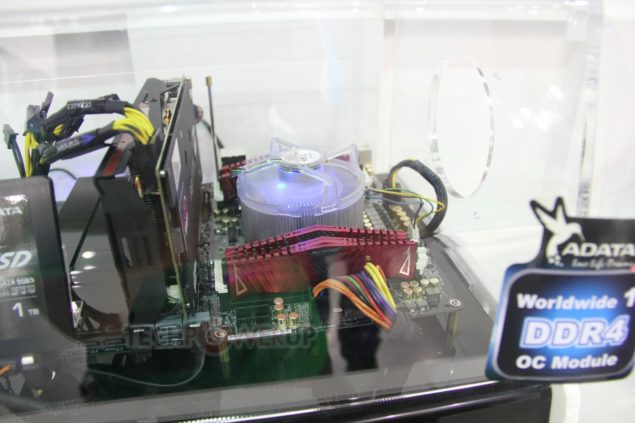 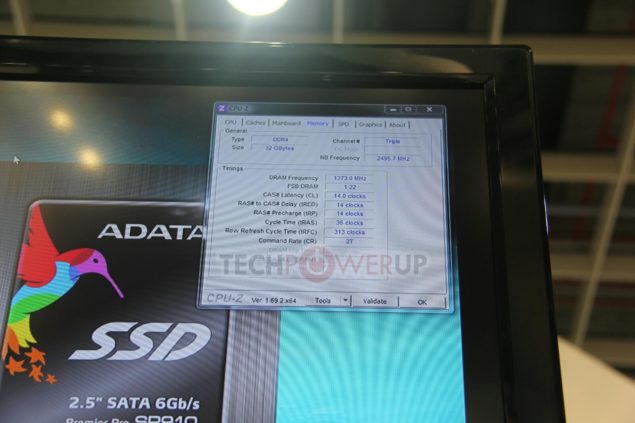