ASRock has launched two new motherboards today - The Z97 Anniversary and the Z97M. As the name suggests, the boards have been designed specially for Intel's Pentium Anniversary edition processor, the Intel Pentium G3258. The Intel Pentium G3258 comes with a special free multiplier, which primes the processor for overclocking. Well, Taiwanese manufacturer ASRock has now further facilitated overclocking on the processor through introducing its special 9 series boards which feature special OC features. 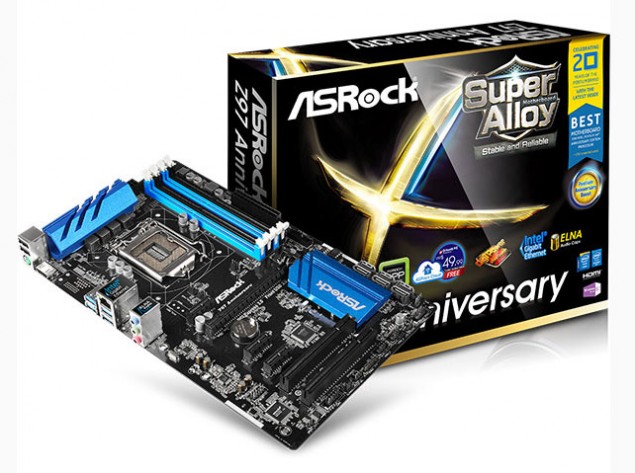 ASRock's latest offering allow increasing the frequency of your Pentium G3258 at only a couple of keystrokes. The board differs from other manufacturers offering by not only offering a simple BIOS update. The ASRock Z97 Anniversary and Z97M boards when coupled with a Intel Pentium G3258 now allow users and enthusiasts to manually select their desired frequency levels. This can be done by pressing the 'P' key after turning on the CPU and choosing the desired frequency levels. The 'Pentium Anniversary Boost' feature on the board will then automatically overclock the respective CPU components. The maximum frequency that can be achieved through this function is 4.2 GHz. This is a 1Ghz frequency gain from the stock core frequency of the dual core processor. The stock frequency limit on the Pentium G3258 is 3.2GHz. For higher overclocking however, detour through the BIOS will be required. 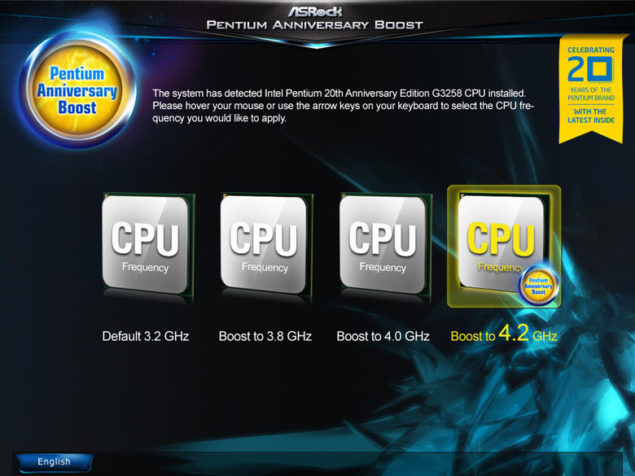 The ASRock Z97 Anniversary and Z97M boards also come equipped with other features apart from the Pentium Anniversary Boost technology. The Z97 Anniversary has been manufactured with ASRock exclusive super alloy technology, which are to add stability and reliability. Furthermore, it also comes equipped with Intel Gigabit LAN and ELNA Audio Caps. The Z97M also comes with ELNA caps as well as a combination of D-Sub, DVI-D and HDMI. However, the stability of the boards for overclocking the processor above 4.2 GHz might not fare so well. Overclocking above 4.2 GHz requires more than 4 phases in the power system, due to extensive voltage loads. As the boards start to come in use only then we will be able to find out there true capabilities and potential. As of now, the offering by ASRock seems to be a quite decent one.