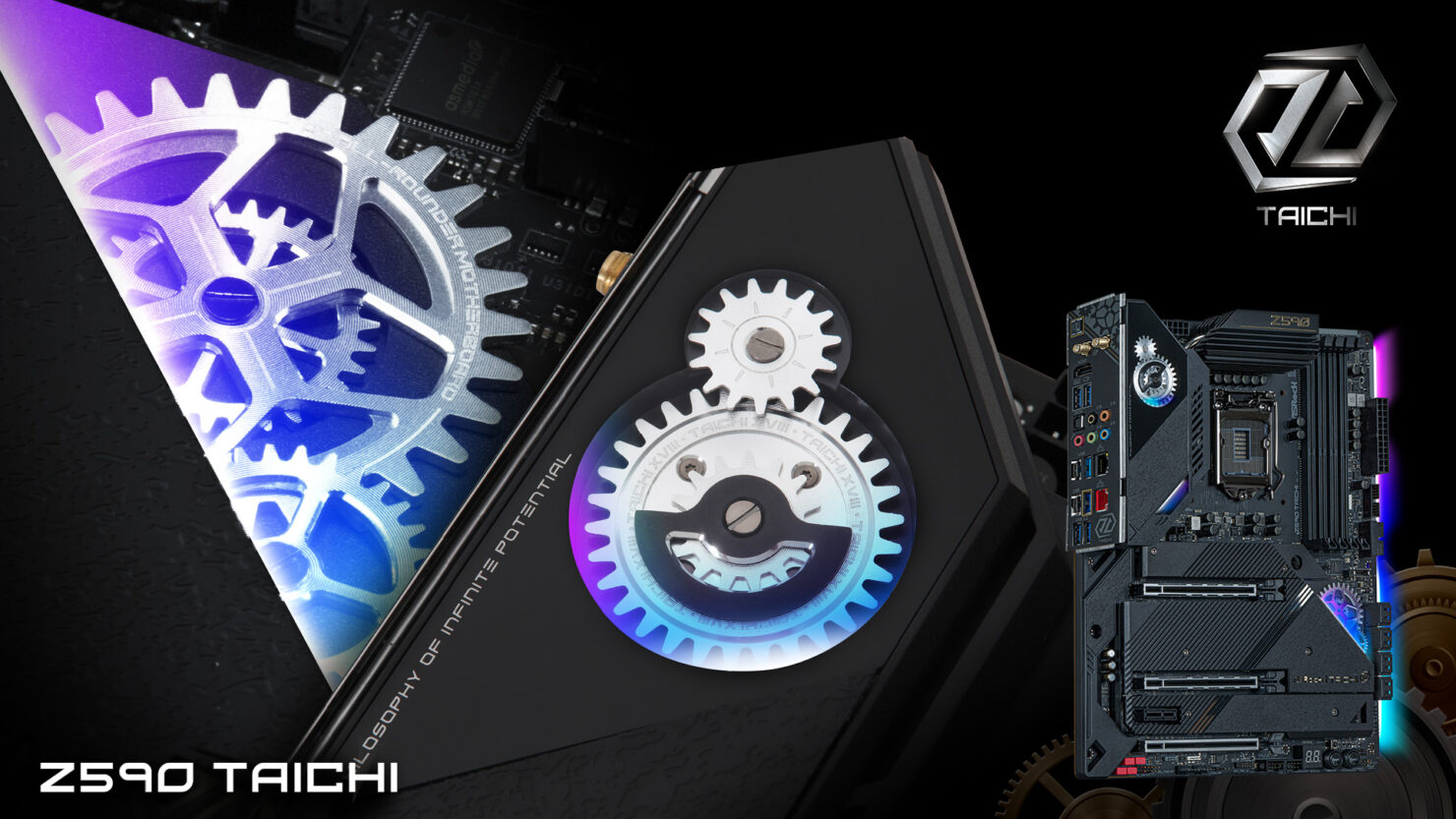 For some odd reason, ASRock's flagship Taichi always features gears in its design. Well, that hasn't changed for this generation of the Z590 Taichi, but they put a spin on it, pun intended. This time around the Taichi features a spinning gear on the I/O cover. It's not every day we see a motherboard manufacturer implement moving parts on a motherboard.

Although the gear serves no functional purpose, it is a design feature that sits at the top of my list of most unique features. ASRock took an unconventional approach to make their motherboard look different and didn't just go with adding RGB. On top of that, the rotational speed of the gear can be controlled with the motherboard firmware.

The Z590 PCH also features a gear on the I/O cover as well but it has yet to be seen if that gear will rotate. In the video below, XFastest demonstrated the X590 Taichi and the rotating gear.

On top of having a unique design, it also features some upgrades from the Z490 Taichi. The most significant change is a modification to the power delivery. The Z490 lost one power phase at 14 now down from 15, but to compensate for that the new power chokes are rated for 90A vs the 60A of the previous generation totaling a power delivery of 1260A vs 900A seen on the Z490 Taichi.

The VRM features active cooling with a small MOS fan. Other than that, there aren't any other significant upgrades, but it does feature PCIe 4.0 M.2 ports and PCIe x16 expansion slots.

The original link seems to have been deleted

Even though the gear serves no actual purpose, it still is extremely unique and is a cool design feature. The pricing of the Z590 Taichi is $429.99 which is quite respectable compared to the rest of the market and only $60 more expensive than the Z490 Taichi.