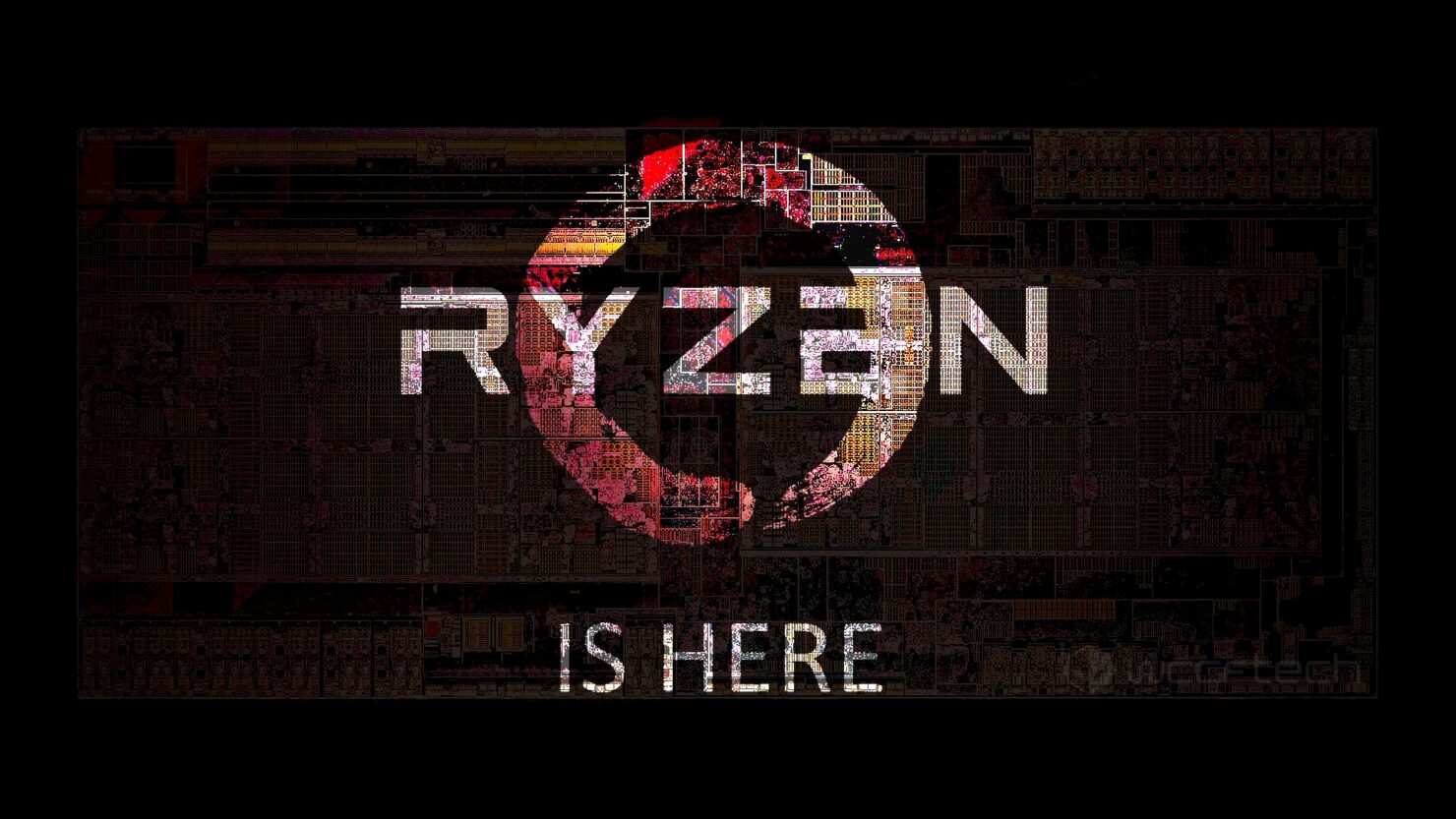 After a rollercoaster ride fueled by a month of leaks and rumors, AMD's Ryzen has finally been released and put to the test. AMD's next generation family of processors has seen unprecedented levels of anticipation ever since the Zen architecture was announced nearly three years ago. Last Thursday, AMD's long-awaited architecture has finally materialized into a product people can buy. And just like everybody else, we're still trying to wrap our heads around this product launch.

The Launch Aftermath - How Good Is Ryzen, Really?

One thing that AMD can be proud of is that reviewers' consensus on Zen has so far been a clearly positive one. The Ryzen 7 chips deliver a unique performance and value proposition previously unseen in the market. At $329-$499 Ryzen successfully delivers a level of performance for content creation and a wide array of productivity workloads that was previously only attainable at twice the cost from the competition.

In gaming scenarios the Ryzen 7 family fell a bit short of Intel's most recent Kaby Lake and high-end Broadwell-E products. It's this unexplained discrepancy between Ryzen's unexceptional showing in games versus its exceptional performance in everything else that has given many people pause. With that being said, unexceptional does not mean bad. While Ryzen's gaming performance does not excite to the same extent that its strong showing in professional workloads does, it still manages to deliver a drastic improvement over AMD's previous generation. 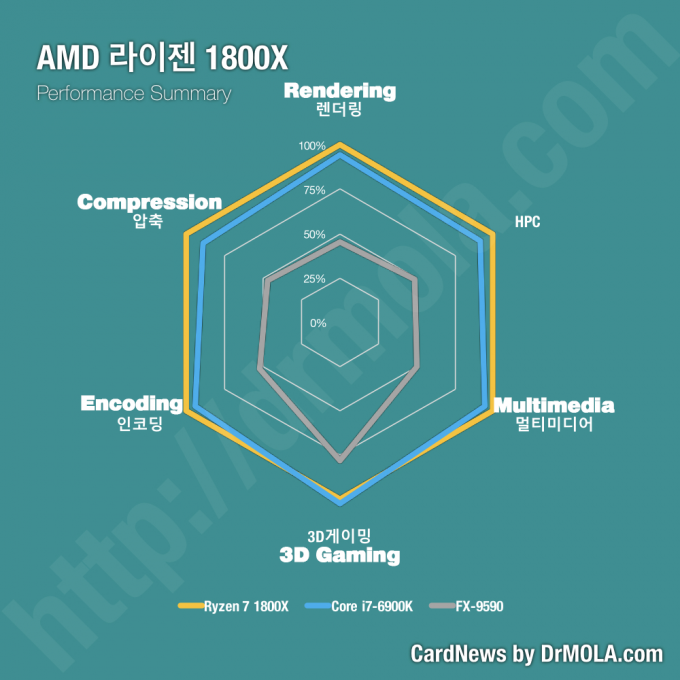 In real-world gaming scenarios where real-world screen resolutions and game settings are in play the Ryzen 7 family manages to successfully deliver an uninhibited gaming experience and compete with Intel's best gaming chips to an extent that its predecessors were simply incapable of doing. This is something that we've seen across gaming benchmarks from all reviews. At higher resolutions, think 2560x1440 and 4K, Ryzen hasn't only been able to compete but also often outperform Intel's fastest processors.

There's clearly still a lot to explore, examine and understand about Ryzen and we're conducting more testing of our own as we speak. We unfortunately received our review kit a little bit later than most of the other members of the press, so please bear with us. You can check out our initial performance review of Ryzen which we've just published where we compare it to AMD's previous generation FX 8350 here.

In the meantime, AMD has stepped in to answer some of our, and I'm sure your, burning questions regarding the discrepancies we've seen in gaming performance at 1080p.

AMD held an AMA "Ask Me Anything" on reddit on launch day. President & CEO of the company Dr. Lisa Su joined in for an hour to interact directly with AMD fans and answer their questions. One of the questions that stood out and was repeated throughout the AMA was, unsurprisingly, about Ryzen's 1080p gaming performance.

AMD's technical marketing lead Robert Hallock shed more light on the current situation in his answer to another question.

killver
"But isn't it unfair to compare CPUs if there is GPU bottleneck? Then all CPUs will perform similarly"

"First, I think it's important that readers get a complete picture of a processor. People who have 1440p and 4K displays deserve to read how their potential processor will perform on the monitor they have. Don't you agree?

We're also not shying away from the 1080p results. We clearly have some work to do with game developers on some of these titles to invest in the vital optimizations that can so dramatically improve an application's performance on a new microarchitecture. This takes time, but we'll get it done.

We have proven the Zen performance and IPC. Many reviewers today proved that, at 1080p in games. There is no architectural reason why the remaining titles should be performing as they are."

It's important to talk about why Ryzen's 1080p gaming performance is a fun topic to discuss but not one that should necessarily influence buying decisions. If you're a gamer spending $330-$500 on a CPU, which is what AMD's Ryzen 7 series costs, you're not going to be playing at 1080p. At least not at 60Hz. Otherwise you should take a moment to think hard about your priorities.

A properly specced out gaming system with a $330-$500 CPU is going to be equipped with a GTX 1070 or GTX 1080 at the very least, maybe even two of those in SLI. At that level of graphics performance we're talking about smooth 1440p or even 4K gaming. If the data from Steam's hardware survey is to be believed, more enthusiasts are choosing to adopt high resolution monitors and they're doing it at the fastest rate we've seen yet. At those resolutions Ryzen already delivers more than enough performance to prevent any bottlenecking. At 1440p reviewers have found that Ryzen was in fact more often than not marginally faster than Intel's fastest gaming chip, the i7 7700K, So unless you play on a high refresh rate 1080p monitor Ryzen will in most cases deliver more than enough performance than you're ever going to need for gaming.

Over 300 Game Developers Are Optimizing For AMD's "Zen" Microarchitecture

It's truly fascinating how Intel's dominant position in the CPU market has led to a situation where it's indirectly affecting Ryzen's performance even today. AMD's absence from the high-end desktop for nearly 5 years has translated to game developers focusing their optimization efforts primarily on Intel. Now that AMD finally has a truly competitive CPU in the market once again game developers are finding it worthwhile to optimize for AMD CPUs again.

“As we presented at Ryzen Tech Day, we are supporting 300+ developer kits with game development studios to optimize current and future game releases for the all-new Ryzen CPU. We are on track for 1000+ developer systems in 2017. For example, Bethesda at GDC yesterday announced its strategic relationship with AMD to optimize for Ryzen CPUs, primarily through Vulkan low-level API optimizations, for a new generation of games, DLC and VR experiences.

Oxide Games also provided a public statement today on the significant performance uplift observed when optimizing for the 8-core, 16-thread Ryzen 7 CPU design – optimizations not yet reflected in Ashes of the Singularity benchmarking. Creative Assembly, developers of the Total War series, made a similar statement today related to upcoming Ryzen optimizations.

CPU benchmarking deficits to the competition in certain games at 1080p resolution can be attributed to the development and optimization of the game uniquely to Intel platforms – until now. Even without optimizations in place, Ryzen delivers high, smooth frame rates on all “CPU-bound” games, as well as overall smooth frame rates and great experiences in GPU-bound gaming and VR. With developers taking advantage of Ryzen architecture and the extra cores and threads, we expect benchmarks to only get better, and enable Ryzen excel at next generation gaming experiences as well.

Game performance will be optimized for Ryzen and continue to improve from at-launch frame rate scores.”

Brad Wardell, CEO Stardock and Oxide
“Oxide games is incredibly excited with what we are seeing from the Ryzen CPU. Using our Nitrous game engine, we are working to scale our existing and future game title performance to take full advantage of Ryzen and its 8-core, 16-thread architecture, and the results thus far are impressive. These optimizations are not yet available for Ryzen benchmarking. However, expect updates soon to enhance the performance of games like Ashes of the Singularity on Ryzen CPUs, as well as our future game releases.”

Creative Assembly, Developers of the Total War Series
"Creative Assembly is committed to reviewing and optimizing its games on the all-new Ryzen CPU. While current third-party testing doesn’t reflect this yet, our joint optimization program with AMD means that we are looking at options to deliver performance optimization updates in the future to provide better performance on Ryzen CPUs moving forward. "

Su and Taylor revealed that over 300 game developers are actively engaged with AMD today and are hard at work optimizing their code for Ryzen. This unprecedented level of engagement might seem unusual and odd at first. That is until you realize that AMD's placement of Microsoft's XBOX Scorpio in its Ryzen booth at CES may not have been a coincidence. If Zen is sitting at the heart of Microsoft's XBOX Scorpio, game developers would be more compelled than ever to optimize for AMD's new microarchitecture well into the foreseeable future.

How Soon Can We Expect Gaming Performance Improvements?

One particularly interesting recent discovery revealed a bug that's significantly detrimental to Ryzen's performance in Microsoft's Windows 10 scheduler. The scheduler does not appropriately recognize Ryzen's cache size and cannot distinguish physical cores from SMT threads. This in turn is causing it to often incorrectly schedule tasks in the much slower -- approximately 4 times slower -- SMT threads rather than primary physical core threads.

This is why we've seen performance dramatically improve in some games after disabling SMT. We've seen this clearly demonstrated in games optimized for heavy hyperthreading usage like the Total War series where disabling SMT improves performance by as much as 17%. Apart from impending game patches for the Total War series and games based on the Nitrous engine like Ashes of The Singularity, there are a number of additional near-term solutions that AMD and its board-partners are working on.

"In addition to Lisa's comments, there are also some variables that could affect performance:

2) Ryzen benefits from disabling High Precision Event Timers (HPET). The timer resolution of HPET can cause an observer effect that can subtract performance. This is a BIOS option, or a function that can be disabled from the Windows command shell.

3) Ryzen benefits from enabling the High Performance power profile. I misspoke, here. I want to clarify the benefit: High Performance mode allows the CPU to update its voltage/clockspeed in 1ms, vs. the 30ms that it takes balanced mode. This is what our driver will accomplish. Apologies for the confusion!

These are just some examples of the early growing pains that can be overcome with time."

The term early growing pains sums up the current situation succinctly. AMD is introducing an entirely new CPU microarchitecture into the market with Ryzen. So it's not entirely unreasonable to expect that game developers will need to spend more time to properly leverage the incredible performance we've seen from Zen in professional applications and bring that over to games.

New architectures require time to optimize.... since "Zen" is a from scratch design, it requires some optimization. The important thing is that the base CPU performance is really really good as you can see form the Cinebench multi-threaded and single-threaded performance. You will see lots of patches coming from developers... and just think of all the things that can be done with 8 cores as developers really learn to use them.

After all, they've spent nearly a decade optimizing for Intel's competing microarchitectures. If anything it's somewhat surprising that Ryzen manages to deliver as competitive a performance as it does in as many games as it does, given that fact.