As Expected: Apple Store Goes Down Ahead of New iPad Pro, Mac(s) Announcements 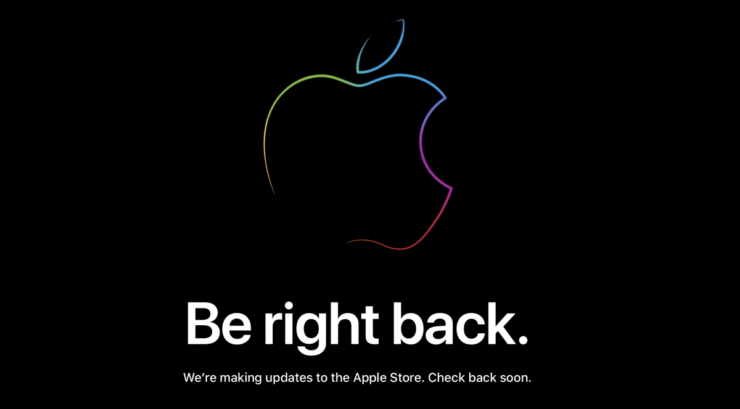 We're just a few hours away from launch of new hardware from Apple and the online store has gone down.

If you're an Apple fanboy, then it's going to be an extremely busy day for you. Apart from the release of iOS 12.1, which is set for Tuesday, Apple is going to announce a bevy of new hardware as well including the edge-to-edge display iPad Pro, a new Mac mini (if rumors are to be believed) as well as a new Apple Pencil. But before that even happens, we're following the trail of breadcrumbs that lead up to the epic hype. One of those breadcrumbs is the online Apple store going down.

In case you aren't aware at all: the online Apple store goes down for 'maintenance' before an event where the company takes the time to add listings and update its website with new hardware that is going to be announced in the day. Once that is done, you can look at your old Apple gear in shame as Cupertino's website is graced by the new hotness immediately.

There are bound to be surprises in this event. For example, if all the leaks are true, then we can expect the new iPad Pro to feature a USB-C port instead of Lightning. Why the change in port and purpose? We don't know at all. But we're certain Apple has an amazing trick up its sleeve which will all be revealed in a few hours.

It's unlikely that the company will throw in a curve ball and announce new AirPods or even the AirPower. But again, if you take a look at the Quick Start guide of the iPhone XS or iPhone XR, then it's clearly mentioned that an 'AirPower' like product actually exists, but no indication when it will come to fruition.

Guess we'll have to hold back for a while before we land on something concrete. In the meantime, make sure to tune in to our coverage when the time is right.