Arkane Is Looking at PS4 Neo & XB1 Scorpio for Prey; Game Is One Big Contiguous Space 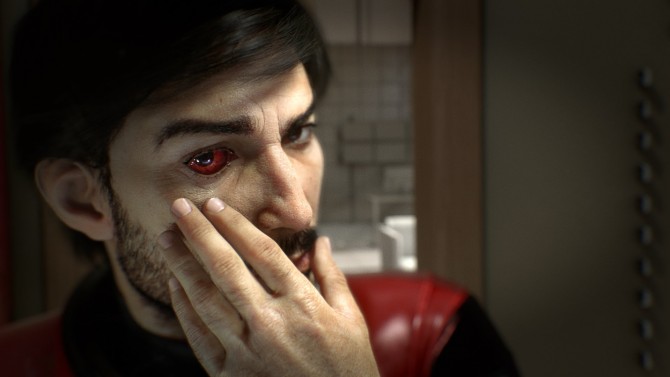 QuakeCon brought us the very first gameplay trailer of Prey, the reboot in development at Arkane Studios (Austin office - the French one is working on Dishonored 2).

First rumored ahead of E3 2016 and then revealed at Bethesda's showcase, Prey received some initial criticism due to the differences with the original game and the cancelled sequel in development at Human Head Studios. However, in a video interview with GameReactor Arkane's Raphael Colantonio (President and Creative Director) and Ricardo Bare (Lead Designer) had the chance to talk about what makes their Prey unique and what are the gameplay differences with Dishonored.

Ricardo Bare: The structure of the space station is open ended. That means that the player can go anywhere inside the space station that they have the means to access. Some places will be inaccessible until you, like, figure out how to get in there but once you figure that it's open and you can go back and forth. Then, we also modeled the entire outside of the space station, which is kind of like an open world map and you can go anywhere. Later, you can decide how to go from point X to Y: with elevator, but maybe there's monsters there so forget about that, maybe I want to chart a course on the outside instead. It's totally up to the players how to navigate through the station.

Raphael Colantonio: The thing that's important to note is the difference with Dishonored, which is a set of missions after missions and each of them have their own sandbox gameplay where you can do things the way you want. In Prey it's all the areas we can come back to, so it's all one big contiguous space really.

Prey, which is powered by CRYENGINE, may also support the upcoming enhanced consoles: PlayStation 4 Neo and Xbox One Scorpio. Raphael Colantonio confirmed that Arkane is looking at them which makes perfect sense as the game could ship in the second half of 2017, though of course he couldn't talk about specifics just yet.

What's your take on this reimagined Prey? Let us know in the comments.