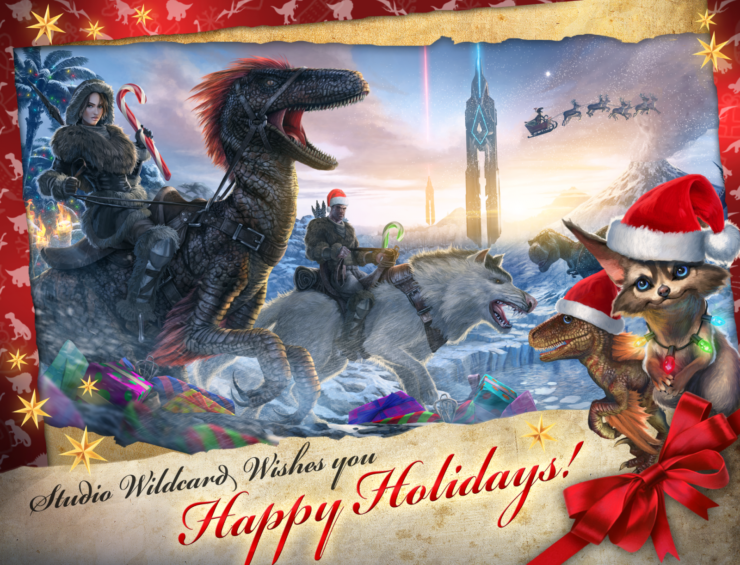 You better watch out, Raptor Claus is coming to town. ARK: Survival Evolved just released their Winter Wonderland update that includes a bunch of holiday goodies.

Patch 253 introduces deadly new dinosaurs like the Cnidaria, Pegomastax, Therizinosaurus, Troodon, and the Tusoteuthis. One feature users will get a real kick out of is the new camera, which lets players take in-game photos that can then be applied to an in-game canvas.

For the holiday update, you may run across Raptor Claus who will drop holiday-themed items as loot when you chase him. These items range from high-end loot blueprints to coal. If you collect enough coal, players will be able to summon the holiday DodoRex as a special companion.

This update for ARK: Survival Evolved also includes two new full-scale underwater caves along with five new dinos to tame or run away from. Below you'll find some background info provided by the team over at Studio Wild Card:

Ark: Survival Evolved is out now on PC, PlayStation 4, and Xbox One. Steam users can now pick up Ark at a 60% discount during the Winter Sale.