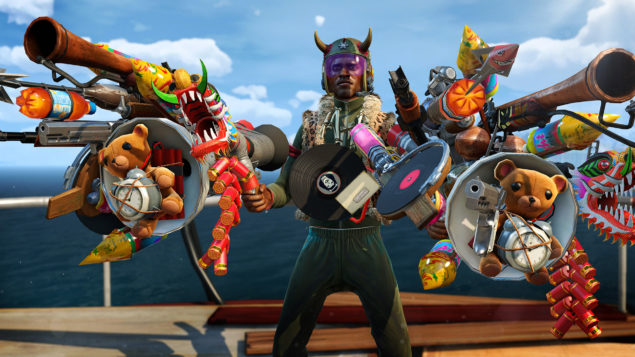 Microsoft are really bringing it this April for its Games with Gold offering. There's something for everybody, and not a stinker or filler game in sight.

Take a moment if you need to, at least until you've recovered from the shock of an online service's "free" offering not having a single weak link.

Granted, the Xbox 360 titles are a little older, and both Xbox One games have been available quite cheap before, but it's nice to see a month of Games with Gold with nothing you have to Google before downloading.

Things will kick off next week with The Wolf Among Us. Arguably Telltale's best game of the last 18 months, complete with fairytale madness, murder mystery and, of course, Bufkin.

Bufkin will remember that.

If that isn't to your tastes, the second half of the month will get you Sunset Overdrive. The Insomniac Games developed title got more than decent reviews when it was released and has the advantage of being an AAA title many of us might have missed.

Coming across from the Xbox 360 will be the original Dead Space and, in the second half of the month, sex toy massacre simulator Saints Row IV. As always, both titles will be available to pick up and play on Xbox One as soon as they're released.

All the Games with Gold will be available to download at no extra cost to anybody with a current Gold subscription.