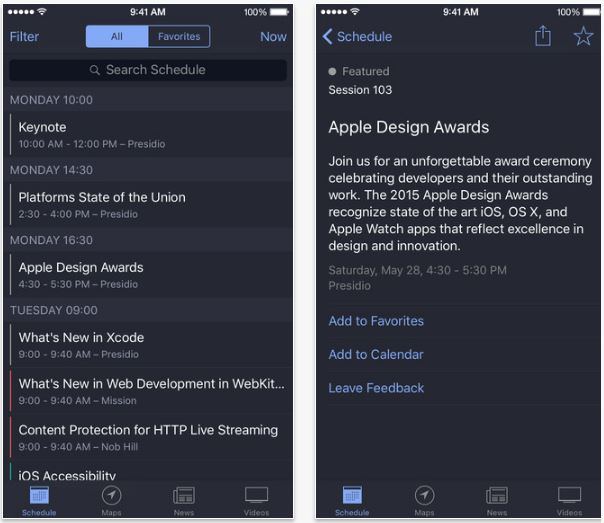 Apple's WWDC event is set to take place on June 13 and today, the company has updated its WWDC app for iPhone and iPad. The app has been updated with a major redesign and a brand new app icon. Other than visual changes, that we'll talk about later on, the update features tvOS support. This is the first time Apple has added tvOS support in its app. What this means is that users can now access video content and sessions concerning the event's interest from the fourth generation Apple TV.

The new update for the WWDC app brings a lot to the table, ranging from a new theme to the addition of Apple TV support. If we glance upon the previous version of the WWDC app, the app's icon was purple with an Apple logo residing in the amid. Now, the app icon has been transformed into something like the vintage black and white icon with the same Apple logo in the middle. The app icon looks really similar to the Apple Watch and Activity app icons. 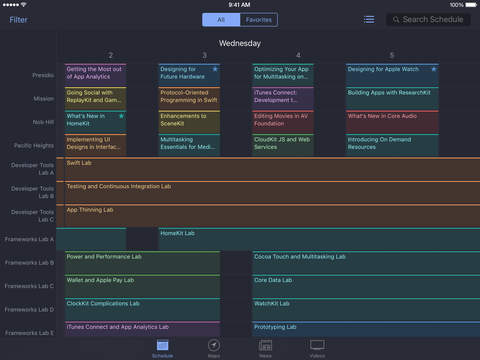 The change in icon color of the app is probably implemented to match the inner dark theme of the app. Previously, the visuals of the app were bright with a white user interface. Now it seems Apple is moving away with it, which is a good thing for some users as it puts a lot of stress on the eyes, especially at night. 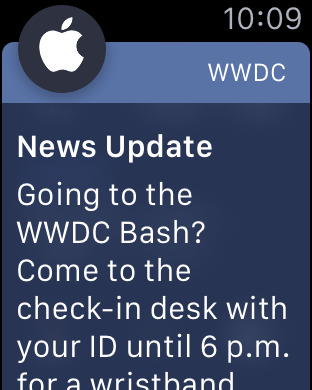 Another important addition in the WWDC 5.0 update is the addition of tvOS support as we have mentioned earlier. This will simply allow you to see all of Apple's events and sessions on a bigger screen. Apple added iOS 9 features in the preceding update that included the company's Picture-In-Picture functionality. Furthermore, the update also featured support for Split View, allowing users to multitask. 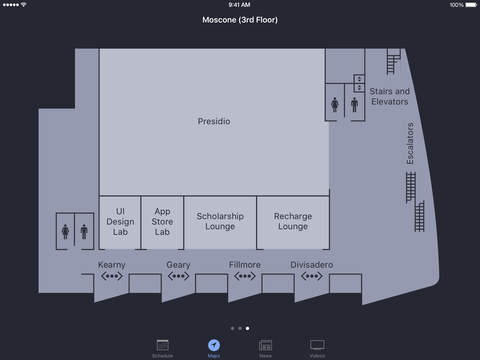 The WWDC event will begin on June 13 in San Francisco. In the event, the company is looking forward to introduce new versions of its various firmware, including OS X 10.12, iOS 10, tvOS and watchOS. So if you're interested in the event, be sure to be tuned in for our ongoing coverage. There are very high possibilities that Apple will also include surprises in the event.

The WWDC app can be downloaded for free for both, iPhone and iPad from the App Store. If you're interested in watching the event live, be sure to download it right away. This is it for now, folks. Share your thoughts in the comments.