Apple once made a gaming console which sadly did not pan out well and the company had to stop production. While iOS handles major mobile titles pretty smoothly, coupled with Apple's A-series processors, there's still a complete segment that Apple has not explored yet. If you're interested in games, today's news might excite you. Apple has updated its Apple TV trademark with new conditions that specifically involves gaming. So let's dive in to see some more details on Apple's updated trademark for the Apple TV.

Reported by Patently Apple, the iPhone-maker has filed an updated trademark last Friday that involves gaming on the set-top box. The Apple TV is a very capable device, featuring internals superior to the competition. In addition to this, the set-top box also includes its very own tvOS App Store, which we all know is pretty handy. Most of the set-top box out there do not feature an App Store at all, so that's a plus on Apple's side.

One major aspect to take note here is that the details on the “apparatus for electronic games adapted for use with an external display screen or monitor” is what we see today but it projects video television. 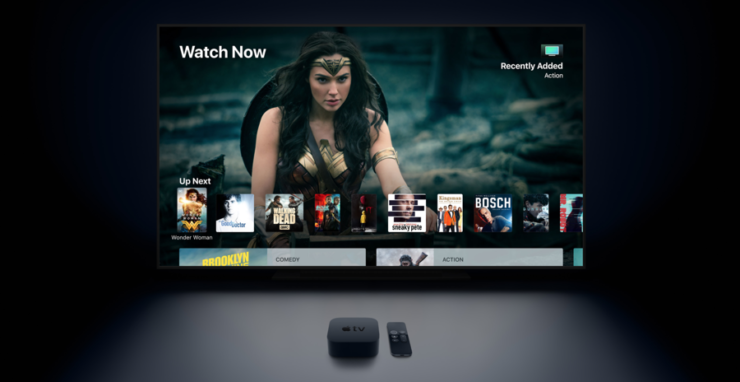 Even though it wouldn't be anything like the PlayStation or an Xbox but the company is heading in the right direction. In addition to this, do take note that this is only a patent filing at this stage so we're not clear when Apple would implement the changes. Moreover, it is also unsure whether the product would ever see daylight or not. So do take the news with a pinch of salt. There will be more to the story, so be sure to stay tuned in for more details.

This is all for now, folks. What are your thoughts on Apple' updated trademark for the Apple TV which was filed under the gaming category? Would you be interested in gaming on a set-top box? Share your views with us in the comments.