There have been several reports until now about the launch details of Apple's iPhone 6. The 4.7 inch iPhone 6 is expected to be launched next month. But the launch of the smartphone does not mean that you will be able to get your hands on the device on the same day as well. Today we have word about the release date of the iPhone 6 as well. According to Russian site mobiletelefon, the iPhone 6 can be expected to be available at Apple Stores by the 14th of October. The source for this information according to mobiletelefon is an insider who participated in an Apple Retail Store meeting. 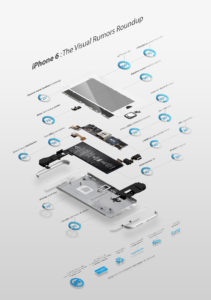 According to the insider who participated in the Retail store meeting, the people over there have been preparing for months for the release of the iPhone 6. This will culminate on October 14th. This date is of course for the 4.7 inch variant of the flagship smartphone. The details of the 5.5" iPhone Phablet are still in the mist, with some sources suggesting a Q4 launch, with other shifting the launch to next year.

Alongside the iPhone 6, we can also expect to see the iWatch, an iPad and a new Mac. In addition to the release date, the insider also claims that Apple will launch the iPhone 6 on September 16th, which falls in line with some of the reports we received earlier. This is of course a break from tradition, since Apple generally launches their products on a Friday. Thats all that we have for you today folks. Stay tuned for more.