Every week on Thursday, Apple updates its App of the Week promotion in iTunes. This week, the company's in-house editors have selected Cut the Rope: Time Travel, which will be available to users absolutely for free. This suggests that until next Thursday, you can install the game free of charge. Normally, the app would cost $0.99. Since the is game free on both, iPhone and iPad, it's a solid $2 worth of saving. If you're willing to save some extra bucks, head to the App Store and download your free game. 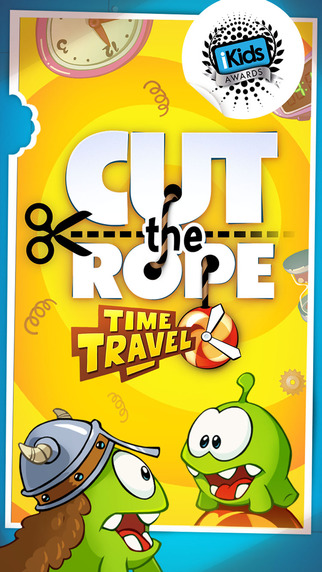 Cut The Rope: Time Travel Goes Free As Apple's App Of The Week

Cut The Rope: Time Travel is one of the many titles of the game. Players are advised to cut the rope (obviously) and feed Om Nom candy as the journey continues across various locations. The theme of the game has been set in different locations like Middle Ages, Egypt, Pirate Ships, Renaissance, Stone Age, Greece, Disco Era, Wild West, Industrial Revolution and many others. 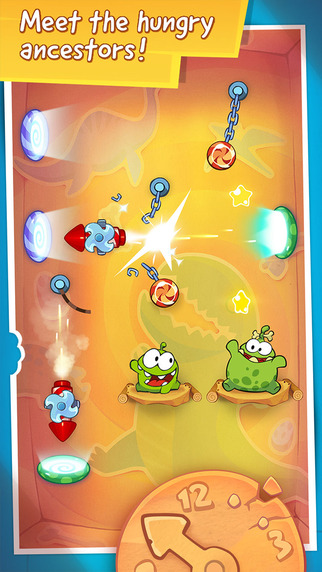 If we had a time machine, we’d probably use it to zip back to last week and buy that winning lottery ticket. But in this centuries-hopping Cut the Rope sequel, Om Nom just wants to hang out with his ancestors and eat candy. Whether we’re flipping ancient switches, deflecting laser beams with ’80s disco balls, or lassoing tasty treats in the Wild West, we love the new elements of brain-twisting challenge. Completing each set of sugar-seeking puzzles is nearly as satisfying as hitting the jackpot–and definitely sweeter. 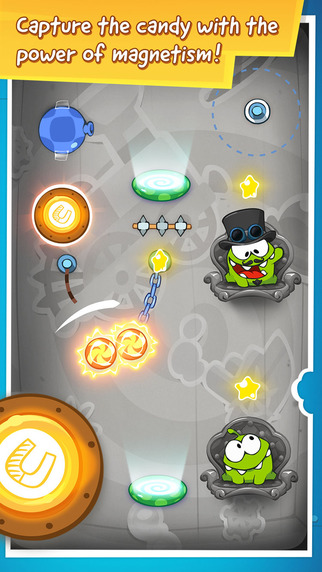 Basically, the game is a physics puzzler that involves basic know-how. It's a great adventure game with traveling, candy-crunching, physics based action game that both, kids and grownups can enjoy. If you have played any Cut The Rope Title, the Time Travel experience is pretty much similar. If you're still not sure, be sure to check out the video below for more details.

If you're into puzzle games, there might be plenty on the App Store. However, some puzzle titles are either not fun to play or pleasing to the eye. With Cut The Rope, this isn't the thing. It's a puzzle game and it carries all the good looks to hook the player for a more immersive gameplay experience. So if you're interested Cut The Rope: Time Travel is available absolutely free of charge from the App Store as Apple's App of the Week promotion. The game is available as a free download for both iPhone and iPad.

This is it for now, folks. Be sure to share your thoughts about the game in the comments.