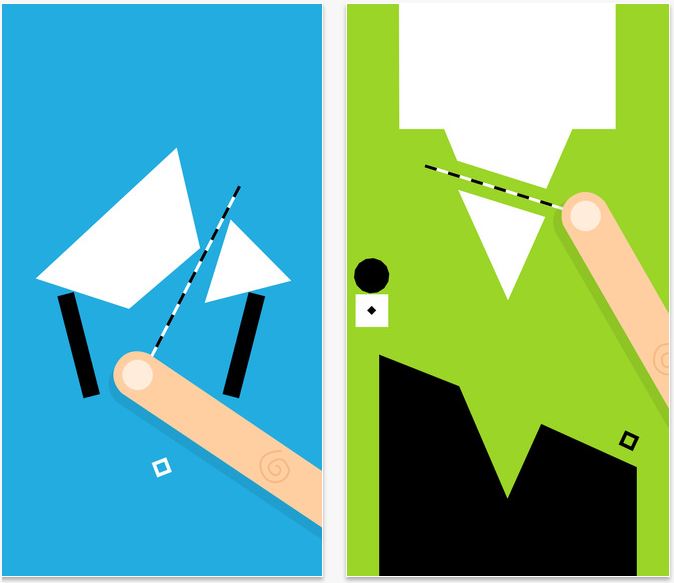 Every week on Thursday Apple updates its app of the week promotion with a new app. This week, the company is giving away Super Sharp absolutely for free. This states that for the next seven days, you will be able to download the game without any cost. Normally, Super Sharp is priced at $2, so if you're willing to save some extra bucks, do give this game a swirl. Let's dive in to see what kind of a game is Apple giving away as its free app of the week.

Super Sharp Is Apple's Free App Of The Week

If you're unfamiliar with Super Sharp, it is the perfect example of a pick-up-and-play puzzle genre. The game does not feature any characters to play or control. Instead, you will have to think yourself as you would do on a standard puzzler. Other than this, there are no storylines to follow as well. Super Sharp simply revolves around cutting obstacles, platforms or ropes and make your way through abundant physics-based stages.

There’s just something incredibly elegant about Super Sharp’s minimalist puzzles. With a single swipe, you can cut through platforms, ropes, and obstacles, sending the pieces careening offscreen. Causing them to fall in just the right manner is the only way to complete each of the crisp, physics-based stages. As in 1Button’s Mr Jump, the later levels require some serious trial and error, presenting you with uncuttable pendulums, rolling spheres, and gravity-defying platforms. But the smart gameplay makes every puzzle a delight.

So become a cut master and build your skills to complete the ingeniously designed 120 physics levels of Super Sharp. The layout and design of Apple's app of the week is very simplistic. However, as per the the intended gameplay, the minimalist design does support it. The idea is simple, simply cut the given obstacles and then follow the idea of the stage and you will be good to surpass to the next level.

The best part about the game is that it is available on both iPhone and iPad. Super Sharp is a very addicting game for users who are interested in physics-based puzzlers. So if you're into it, be sure to get it for free this week. You can check out the video below to see the game in action.

This is it for now, folks, What are your thoughts on this week's app of the week? Are you willing to give Super Sharp a swing? Let us know in the comments.